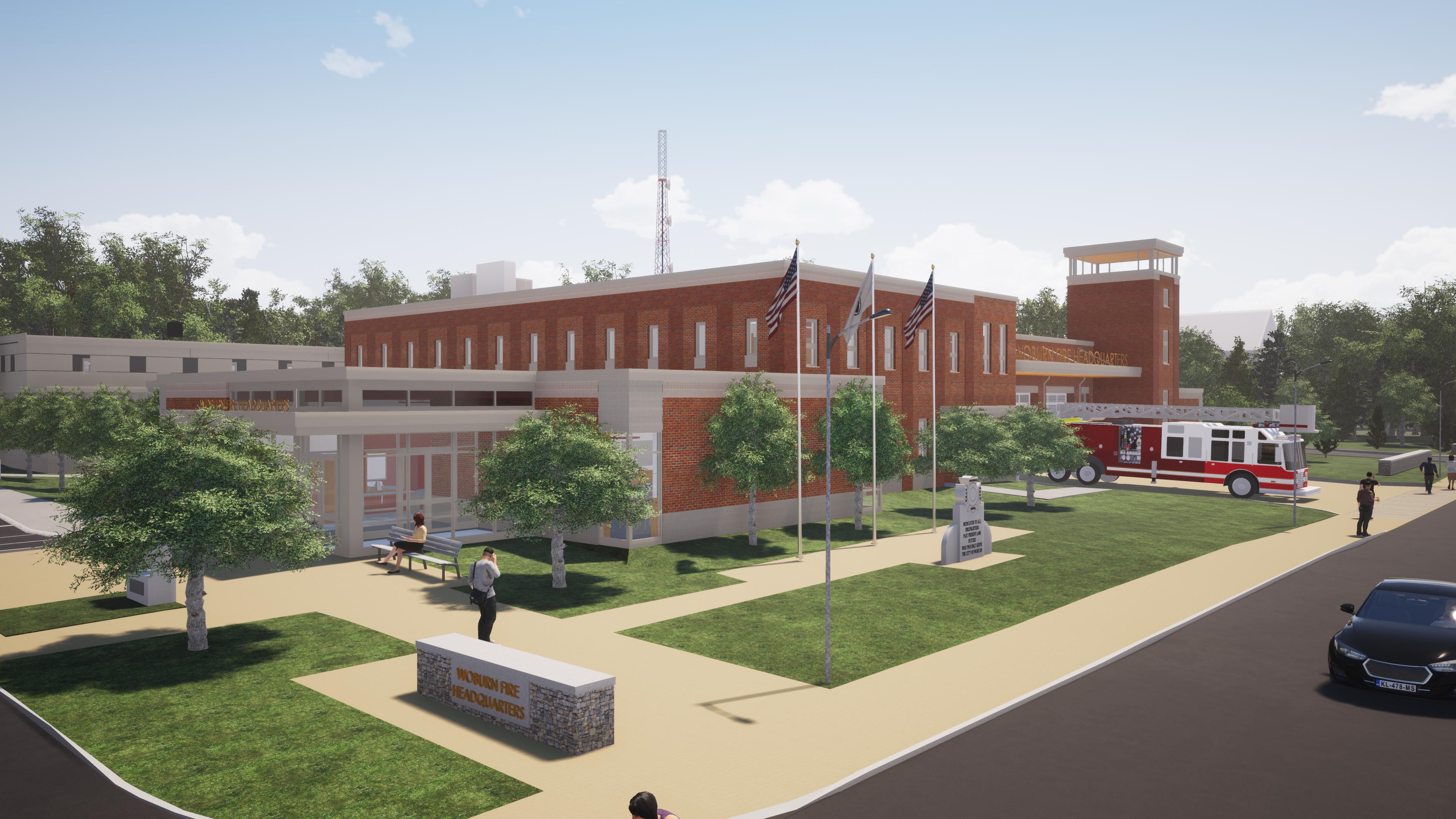 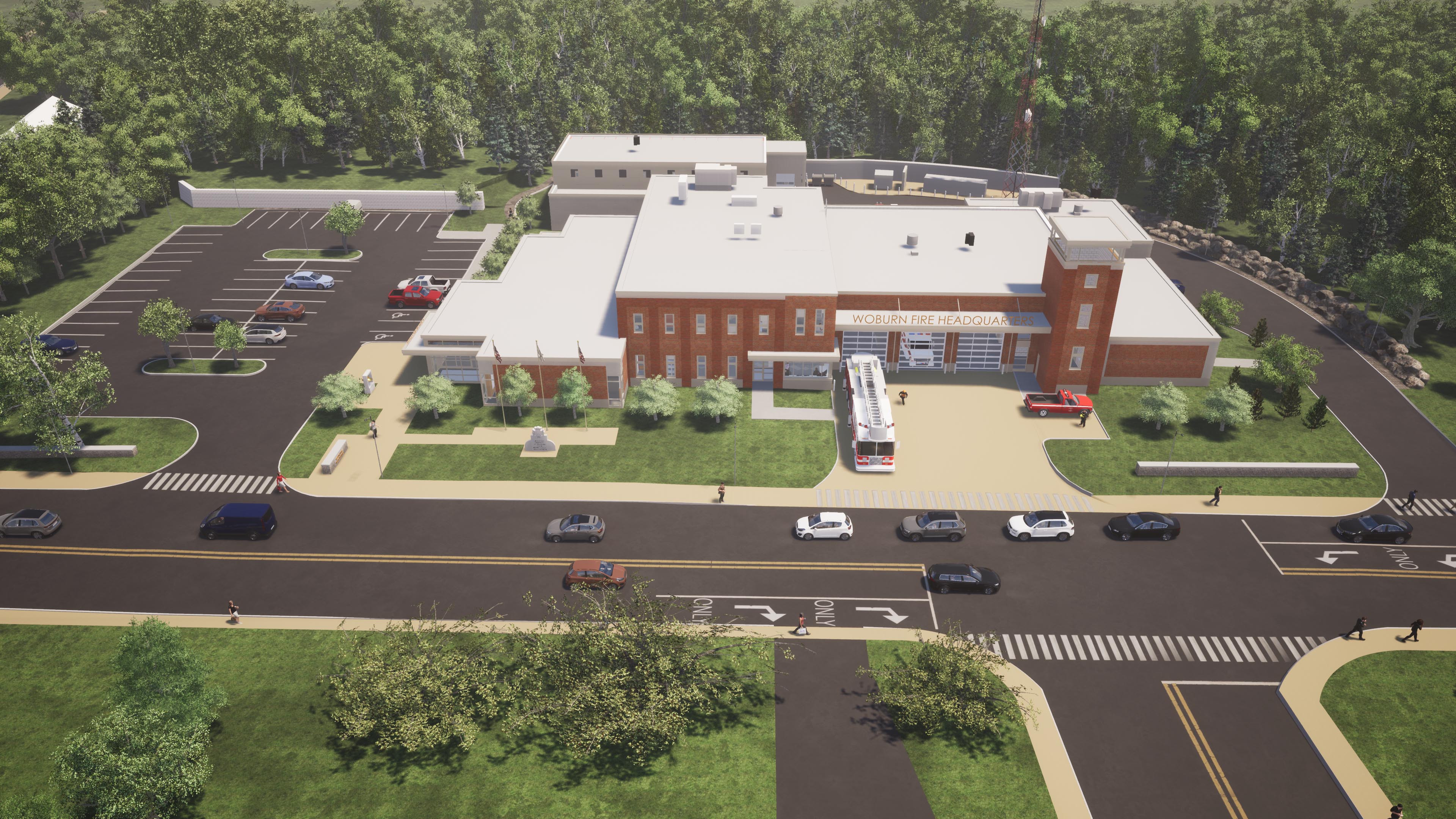 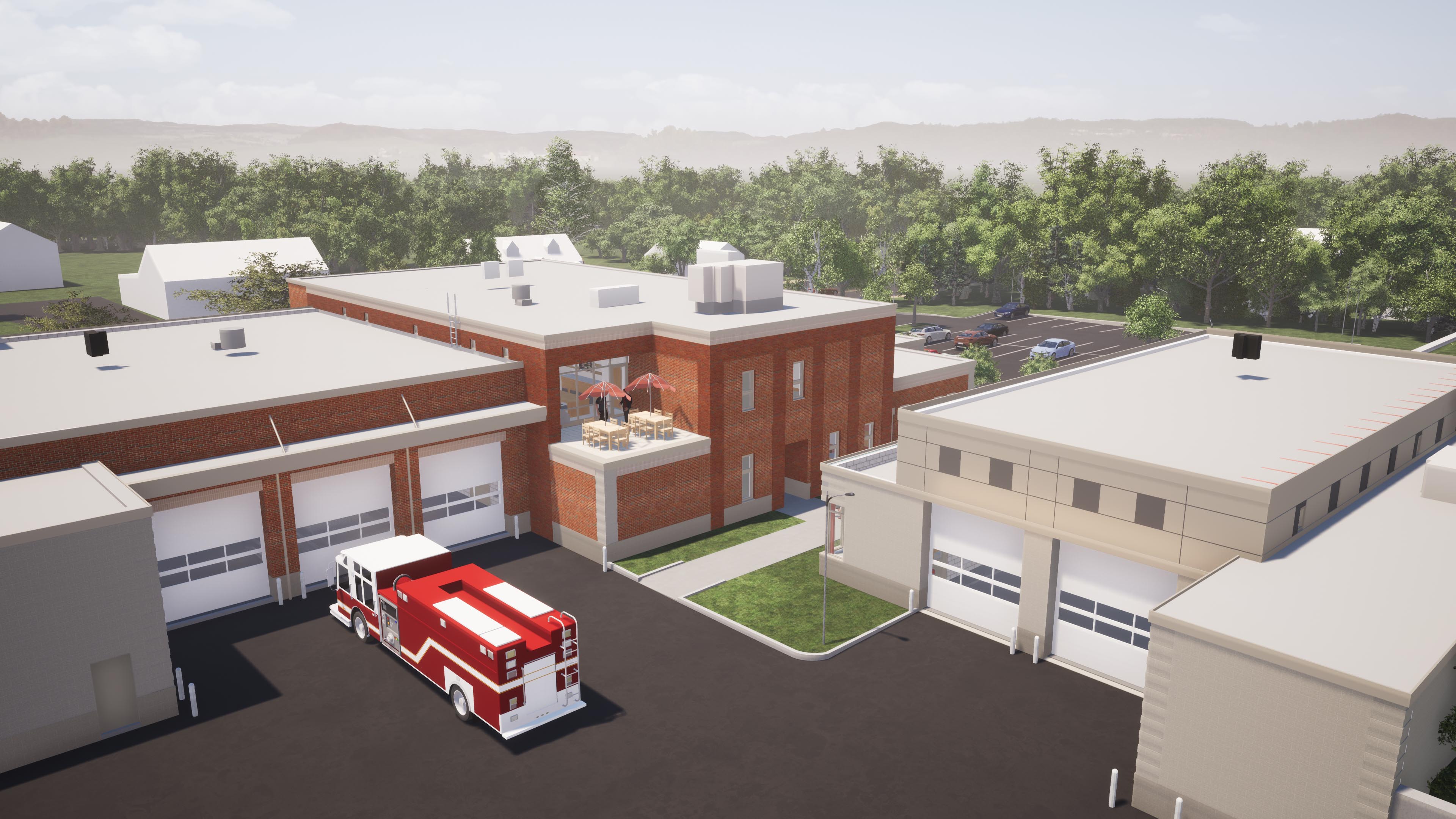 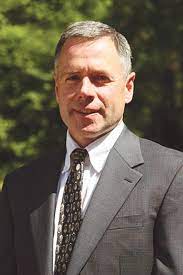 In February 2019 as part of planned improvements to our fire department facilities the city of Woburn retained DiNisco Design, after a thorough Request for Designer Services, to evaluate and develop a feasibility study and schematic design of new and renovated fire stations. The cost for this phase of the project, which concluded in January of 2020, including fees for our project manager – Municipal Building Consultants was $600,000 funded through an appropriation approved by the City Council.

During this period of time The Building Committee held over thirty meetings with the main goal of providing upgraded modern facilities for The WFD that would increase operational effectiveness and improve the level of service for residents and businesses of the city. A wide range of alternative sites and scenarios were evaluated to identify potential new sites and consolidation. The feasibility study examined planned commercial and residential development, population growth projections, response times, cost effective construction, and firematically correct, energy efficient healthy buildings.

The Building Committee selected a four station configuration consisting of existing Station 1 (south end), Station 4 (west side), Station 5 (East) and a new headquarters with an operations /mechanics support building at Forest Park. This selection resulted in a reduction in the overall number of fire stations with a net improvement in fire response time coverage at the most economical overall cost estimate of $30,000,000, including $23,000,000 for the new headquarters and support building and $7,000,000 for renovations to the remaining three stations.

The decision was made to complete early site work for the new project separately from the General Contract construction of the building to take advantage of the seasonal weather, eliminate potential site work inflation, eliminate general contractor additional cost mark-ups and to have the site ready for construction in spring of 2021. The decision to proceed with a separate early site work contract provided significant economic and scheduling advantages for the overall project.

Before the early site work preparation could begin at Forest Park, the city was required to obtain a special permit from the City Council and Article 97 legislation from the State legislature. Approvals were acquired, and site work started in August of 2020 and was completed in December of 2020 at the cost of $865,970 (included in the $23,000,000). The General contract for construction of the building facilities at Forest Park commenced in May of 2021 and will be

completed by November of 2022

To fund the project the city issued a twenty year bond in June of 2021, taking advantage of its AAA bond rating to receive an interest rate of 1.67%. The annual debt service will be approximately $1,390,000.

Woburn Fire Headquarters is convienently located in the Central Square neighborhood of Woburn.

Woburn Central Fire Headquarters will be a 27,000 square foot facility that houses ambulance and fire services, and a 6,800 sq ft maintenance facility, all on a 3.5-acre site. The design addresses health and safety for the firefighters and public, with separate zones for the operations side and the administrative/public side of the facility. Included in the operations side are decon facilities for personnel and equipment and spaces for onsite training including an exercise room, training tower, and mezzanine above the apparatus bay that provides space for ladder, ropes, and confined-space training.

﻿The design also provides new living quarters, a meeting room for training and public use, and administrative offices.

"Our Fire Department continues to provide the highest level of quality public safety services to our community, delivered with increased safety by our firefighters" said Mayor Scott Galvin. "We are very pleased to be moving forward with our proposal to build a new Fire Station Headquarters and vastly improve fire service functions and operation for our residents and firefighters."

"The historical ground breaking is the result of the successful collaboration among my office, the Fire Building Committee, the Woburn Fire Department, the City Council, the Conservation Department, State Representative Richard Haggerty, including over 30 meetings beginning with the formation of the Mayor's Fire Building Committee" the Mayor stated. 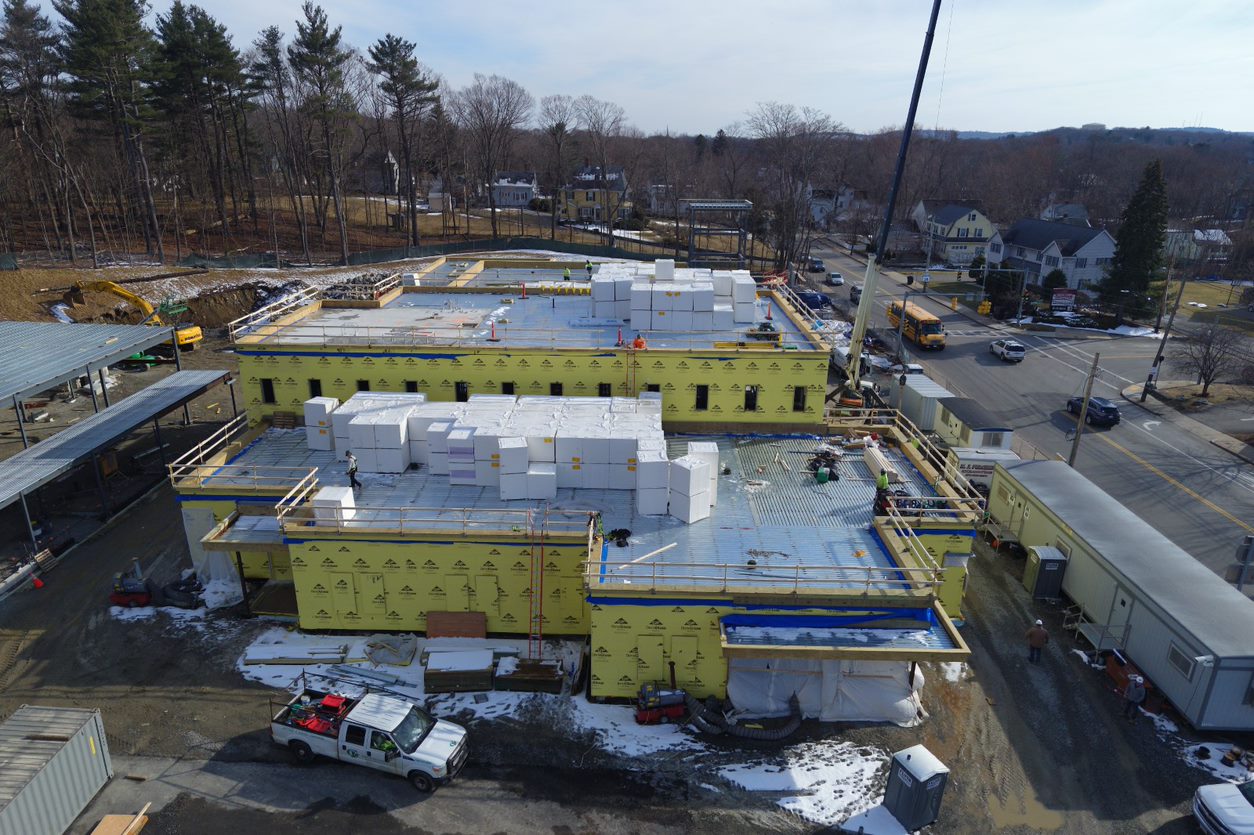 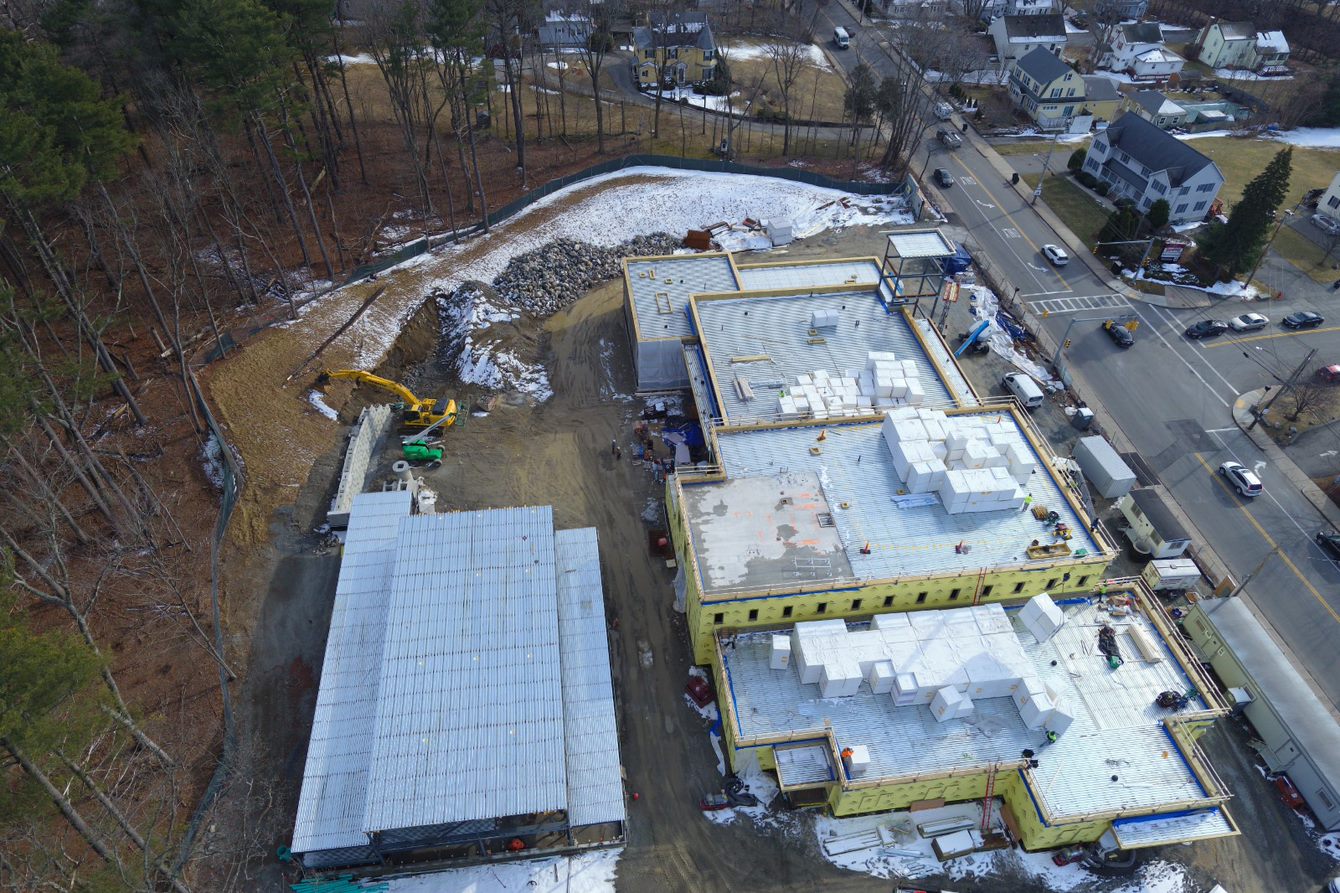 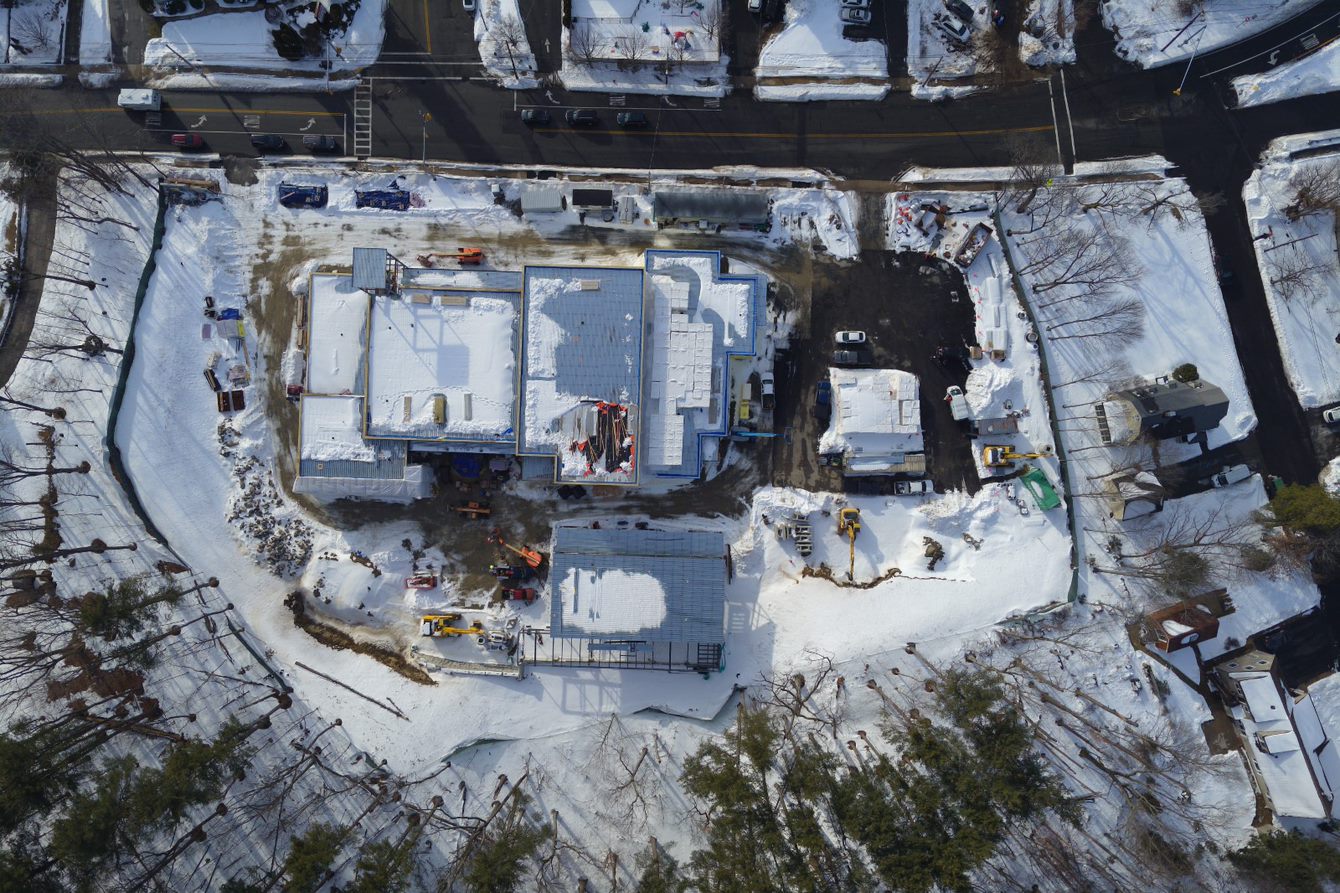 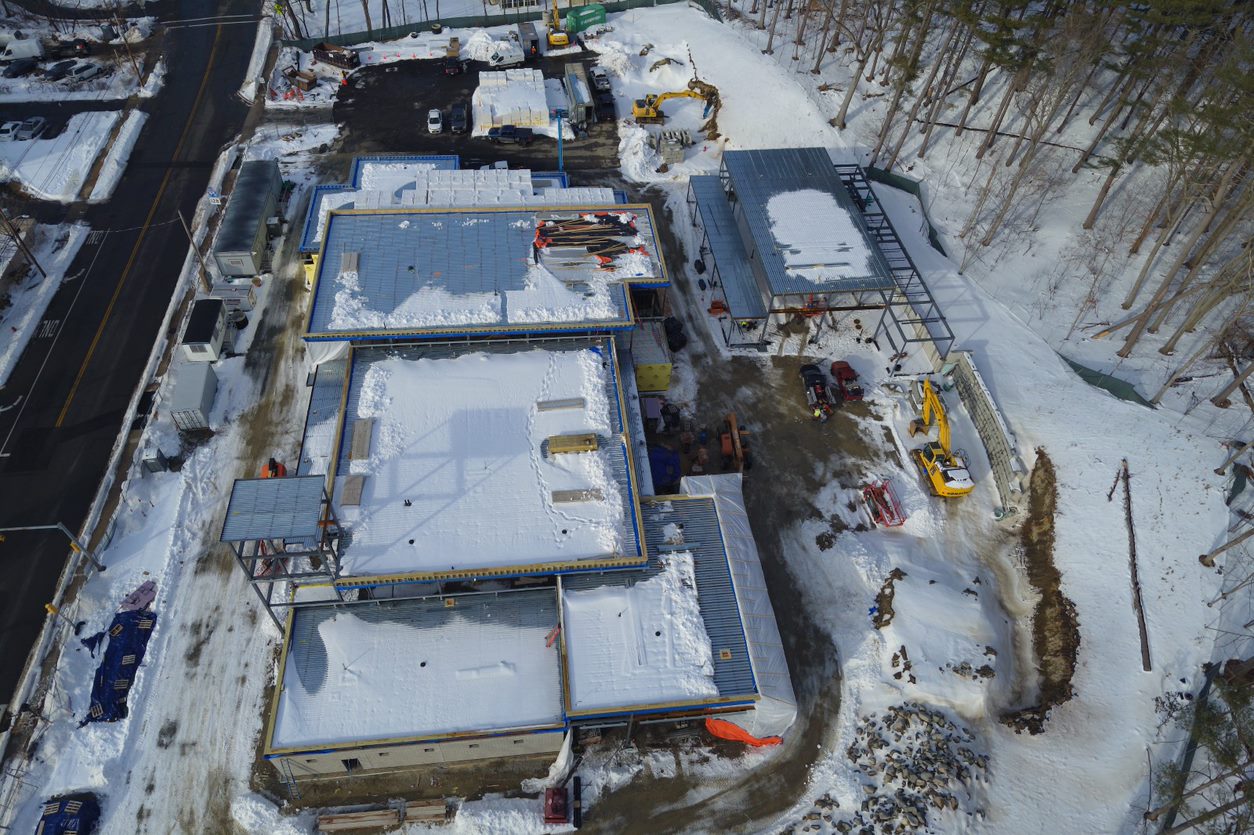 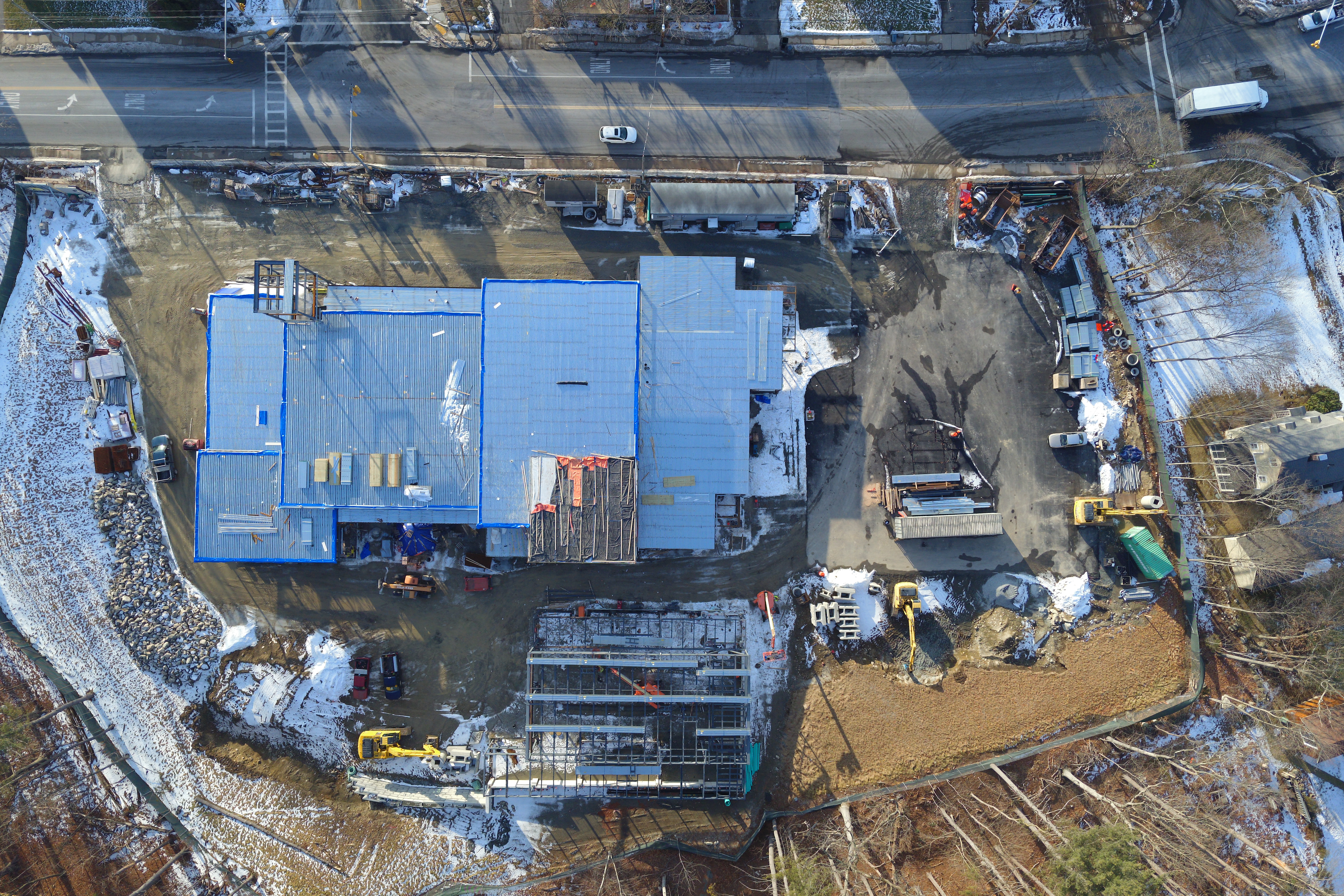 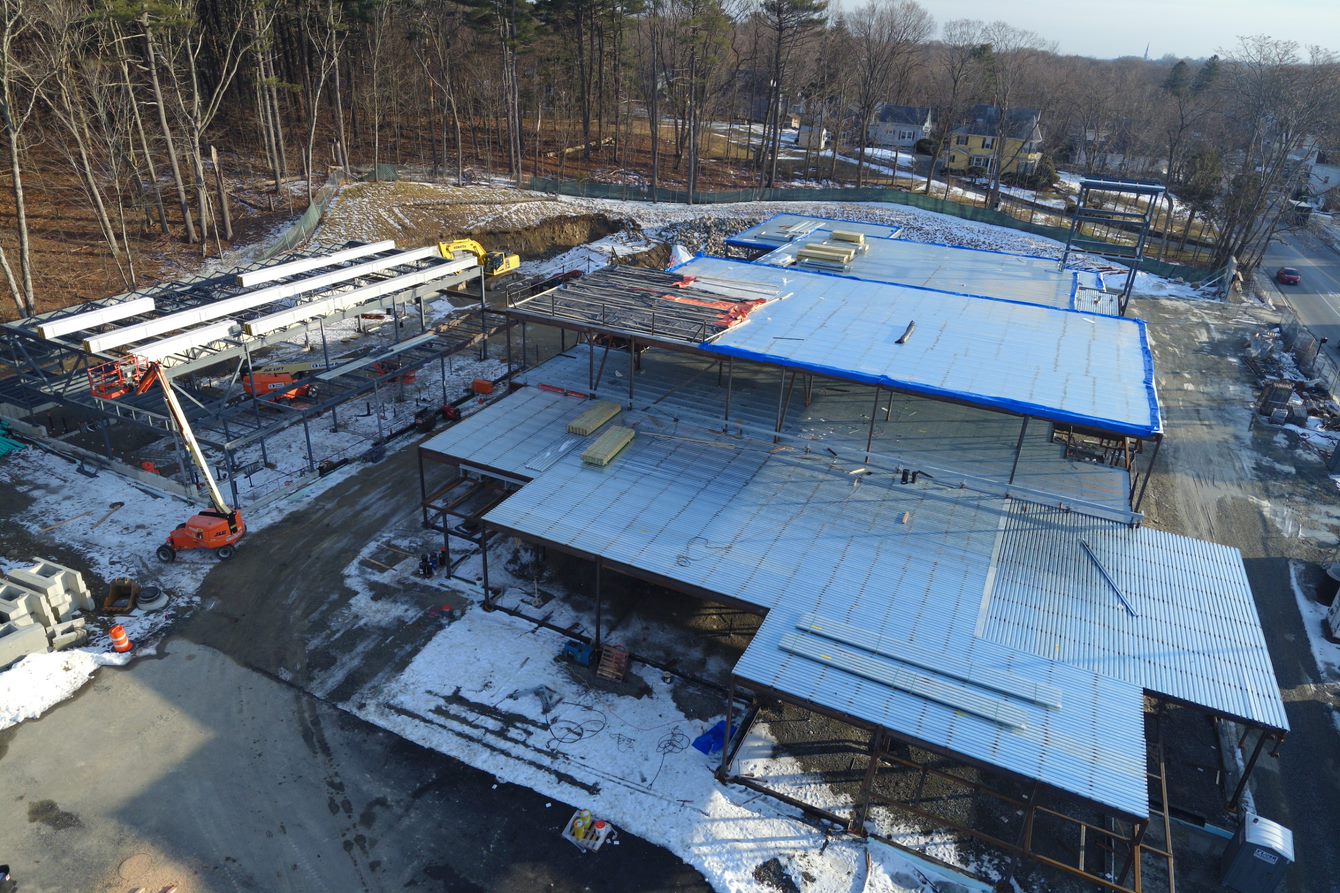 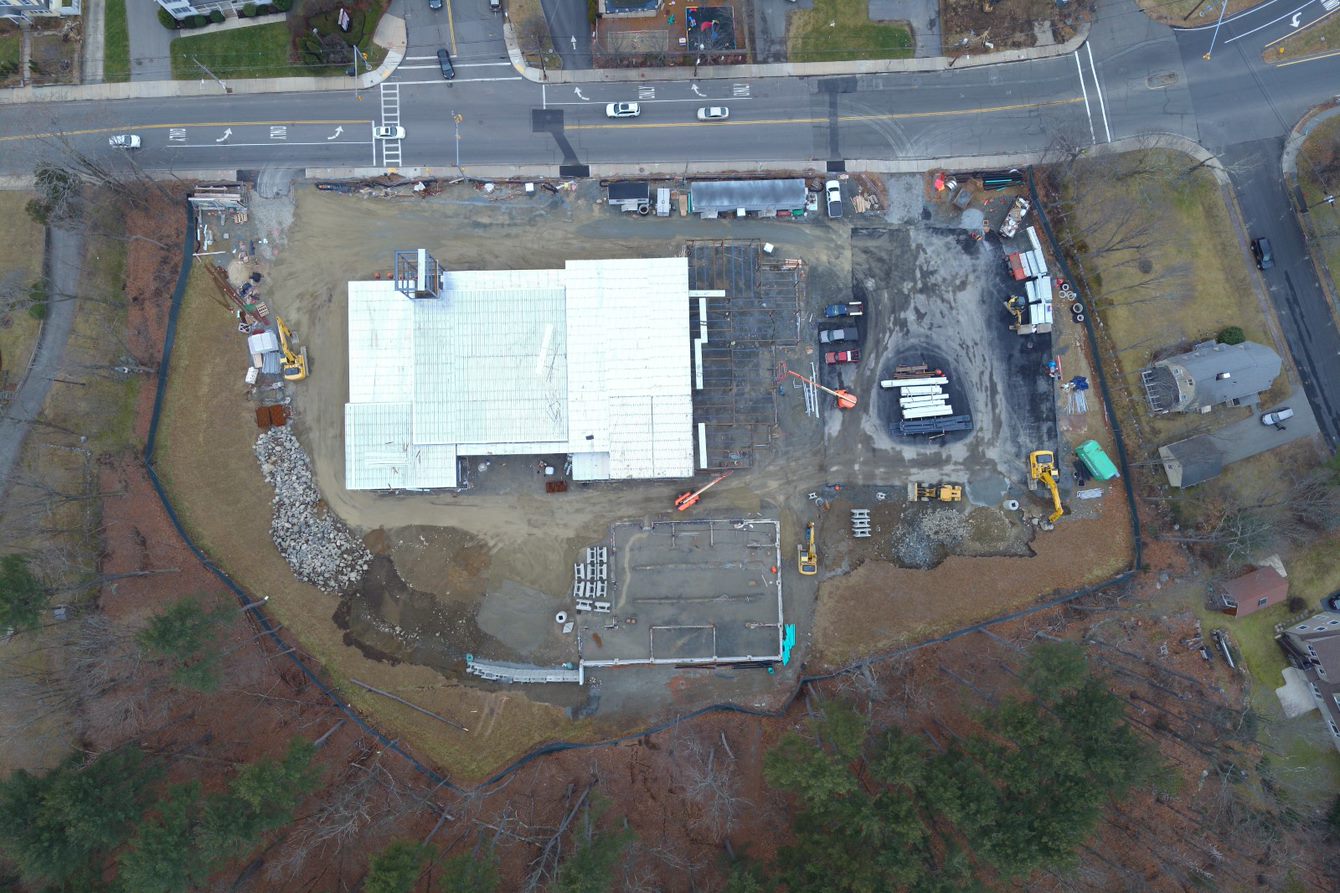 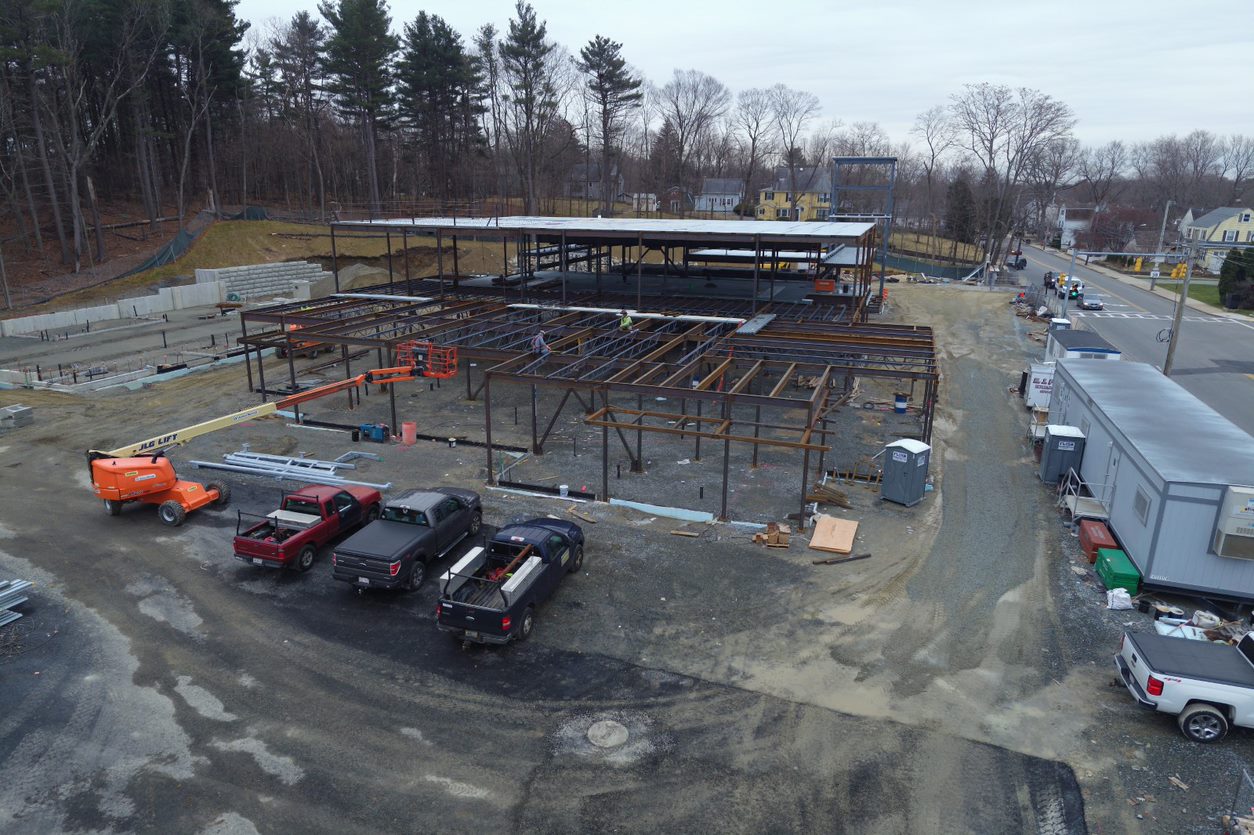 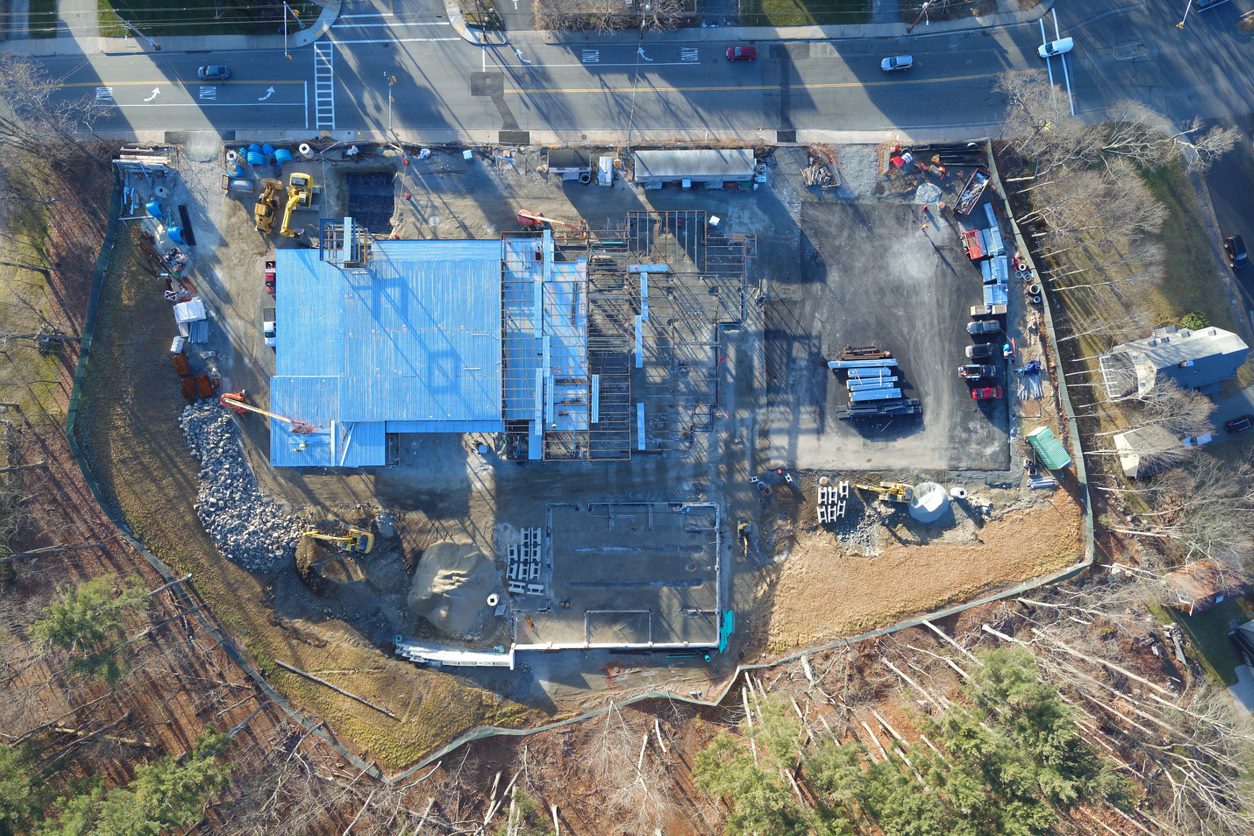 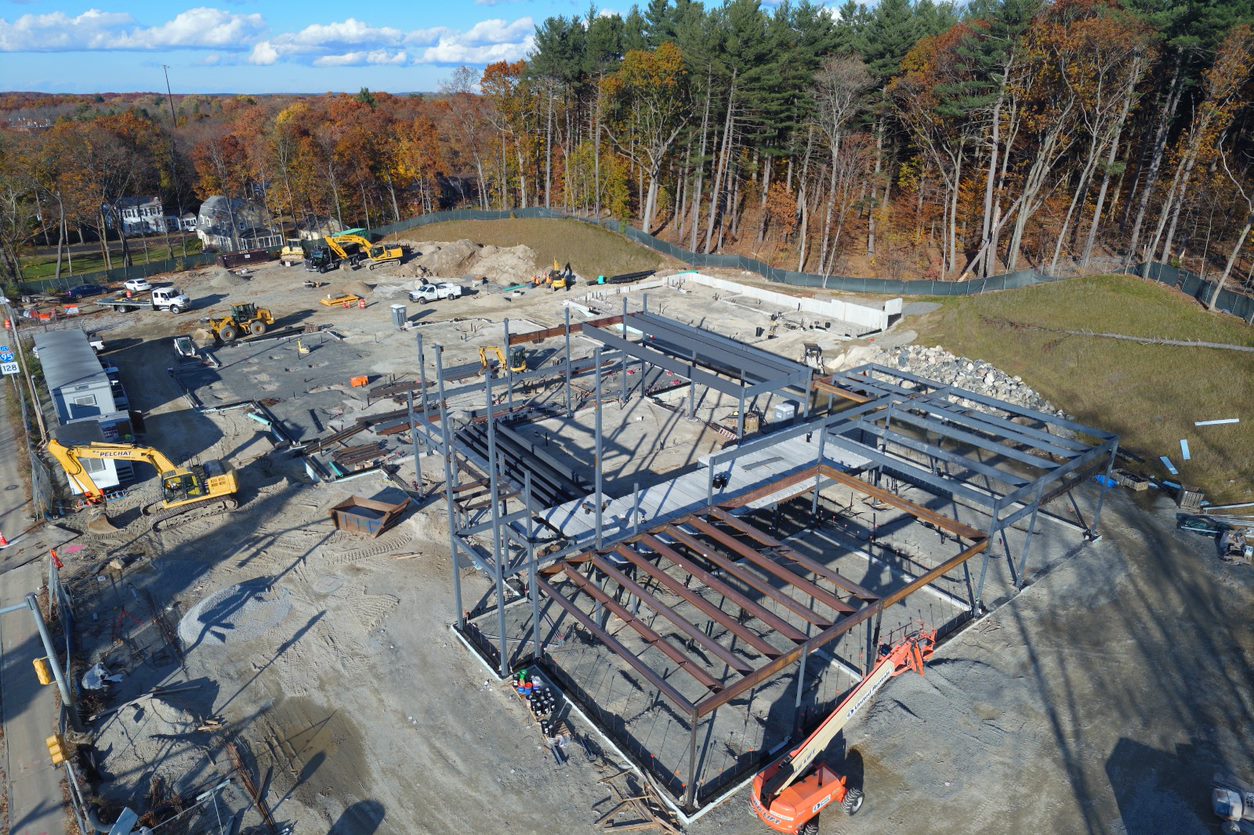 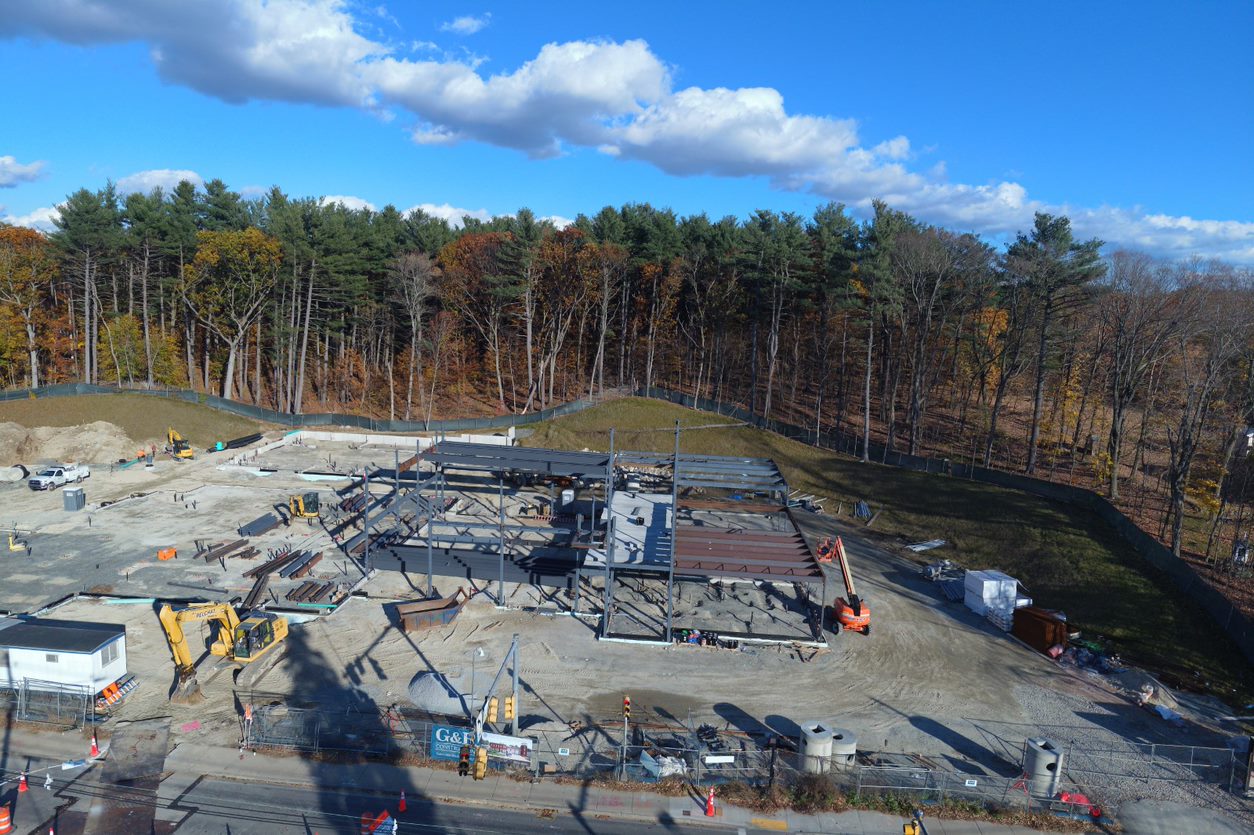 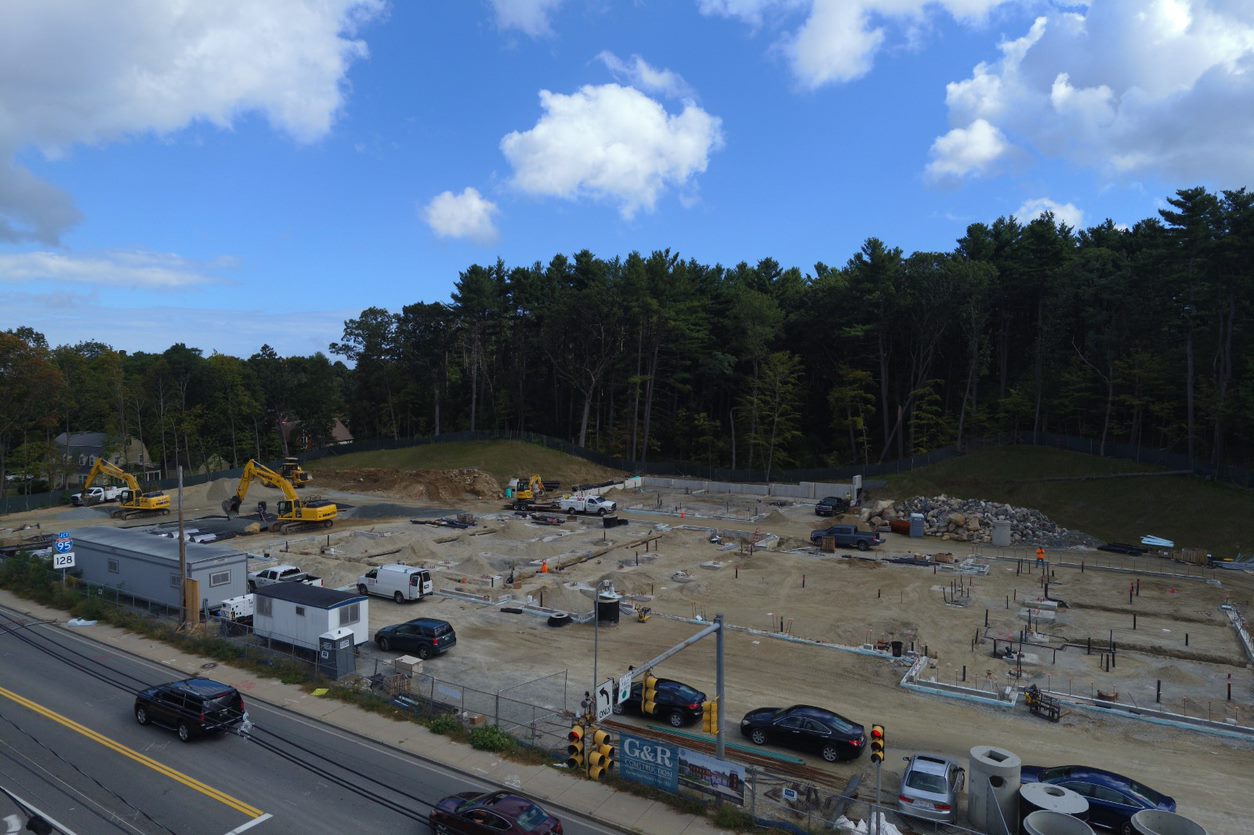 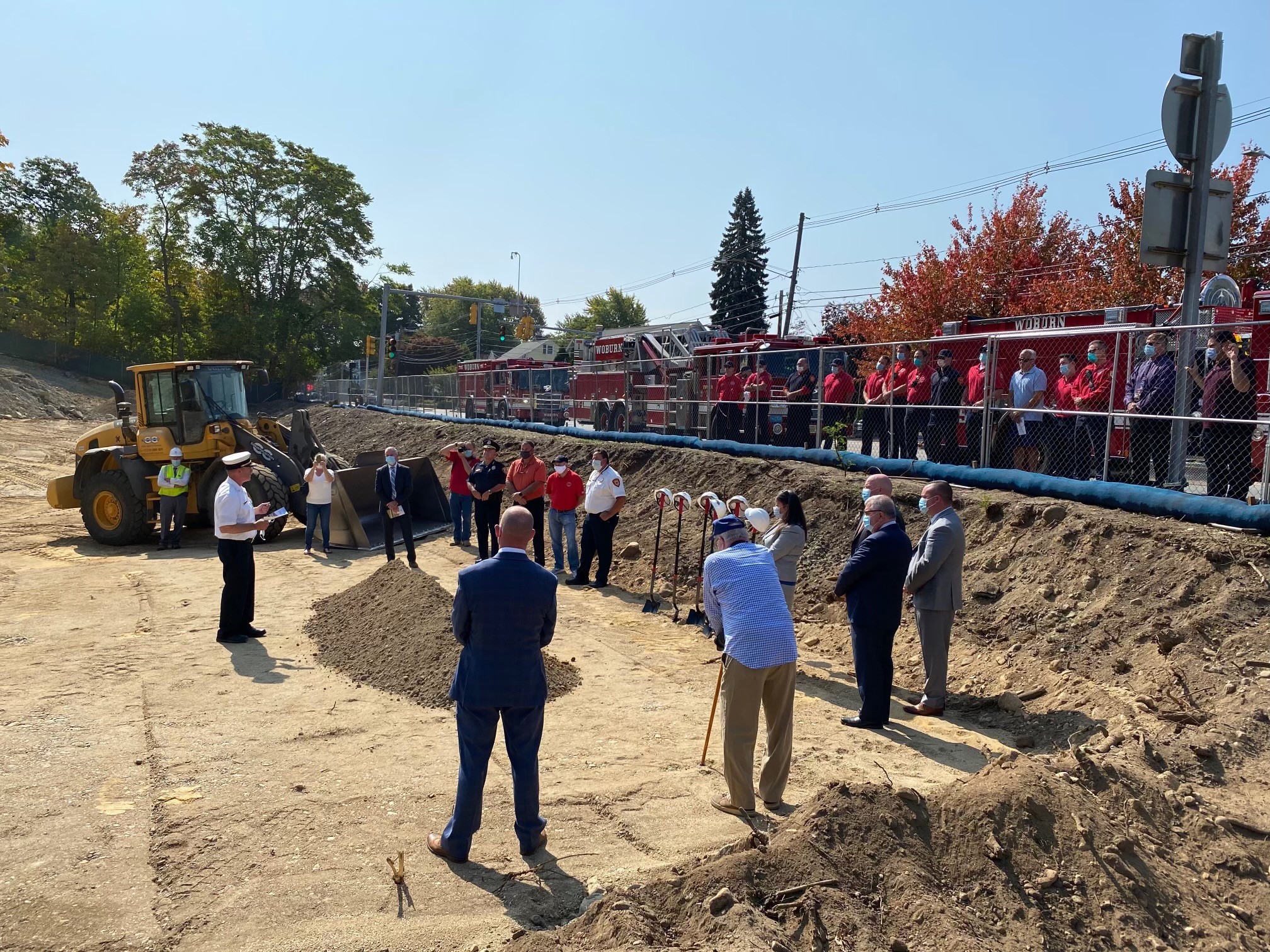 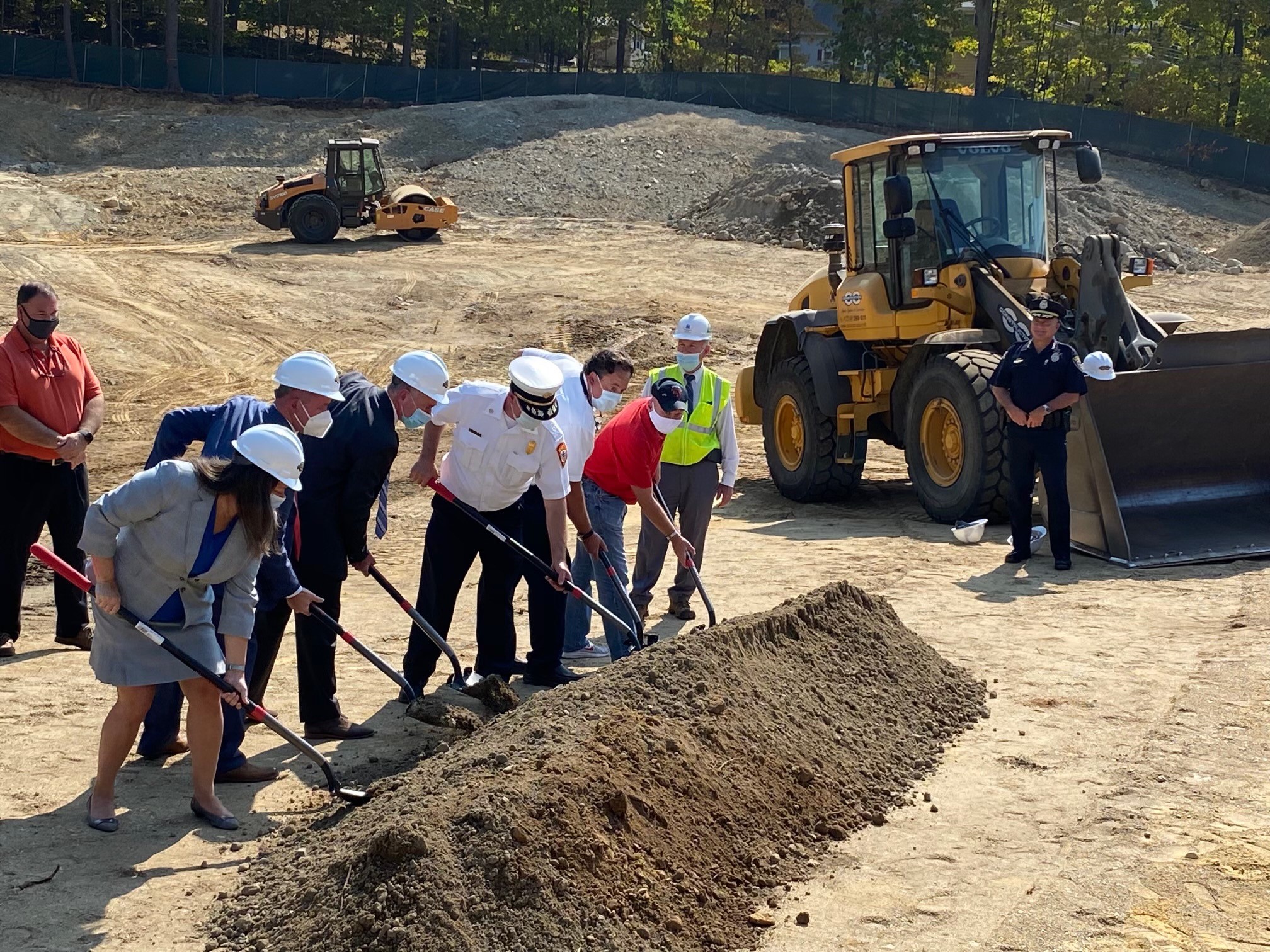 BOSTON – Representative Richard M. Haggerty (D-Woburn), Representative Michelle L. Ciccolo (D-Lexington), and Senator Cindy Friedman (D-Arlington) are pleased to announce the passage of legislation allowing for the swapping of land parcels in Woburn to allow the City to begin construction of its new Fire Department Headquarters at Forest Park.

The bill’s passage was an integral part of the City’s ambitious fire department modernization plan. Mayor Scott Galvin and the Woburn City Council plan to construct the fire department headquarters on Main Street across from Middlesex Canal Park Drive, the entrance road leading to Showcase Cinema. The land-swap bill ensures a no-net-loss of land protected for Article 97 purposes, with the protected land being transferred to a plot adjacent to the Hurld-Wyman Elementary School encompassing the former Spence Farm and current farm stand. The Woburn Recreational Department will oversee this land parcel, ensuring its protection and use for park or recreational purposes including the farm stand.

“This legislation will allow our community to move forward with building a 21st century fire station and headquarters that will serve both our city and our first responders well,” said Representative Haggerty.” As the grandson of a firefighter it’s great to see our city’s commitment to our fire department’s mission and it’s also terrific to see us investing in public safety. I am also thrilled to support our community’s commitment to open space by protecting the Spence farm parcel on Wyman Street – a purchase that I was happy to be a part of years ago on the City Council.”

“Fire safety is one of the most basic functions of local government,” said Representative Ciccolo. “I am pleased that with the passages of this legislation, the city of Woburn can now proceed with the necessary construction of its new fire station.”

House Bill 4636 began as a Home Rule Petition passed by the Woburn City Council and signed by Mayor Scott Galvin. The bill was then filed on Beacon Hill by the Woburn House Delegation and supported by Senator Cindy Friedman and signed into law on June 19th as Chapter 95 of the Acts of 2020.

“This bill was the first step to ensure Woburn has access to the land it needs to build a new fire station,” said Senator Friedman. “I’m excited that the Woburn Fire Department can now move forward with this project, which will benefit our firefighters, our residents, and the larger Woburn community. I’m glad to have worked with my colleagues in the House to get this done.”

The bill’s passage will allow the City of Woburn to break ground at Forest Park on the new fire station, with the tentative construction beginning this summer and the planned opening of the facility slated for the fall of 2021.