The City of Tucson continues to face unprecedented challenges and uncertainties as the pandemic continues to shape our world. These unusual times have presented an opportunity for creative problem solving and extraordinary leadership. This budget is the result of the Mayor and Council’s strong leadership and the enduring innovation of our staff to present immediate and new ways to tackle the issues relative to our ever-changing landscape.

Over the past year, the dedicated team of City employees has been continuously adjusting and re-evaluating business practices to best meet the needs of our community and respond to the leadership priorities of the Mayor and Council. I am pleased to present the City of Tucson’s Fiscal Year 2021/22 Adopted Budget totaling $1.862 billion. This balanced budget not only demonstrates the leadership of the Mayor and Council, but also uniquely establishes a framework to build a stronger, more resilient community that benefits all residents. 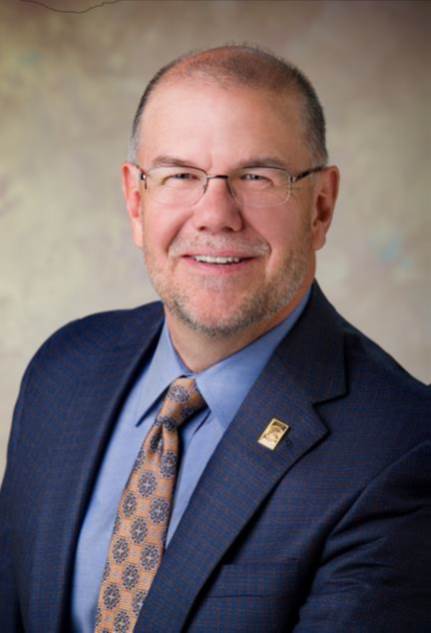 At the direction of the Mayor and Council, the City staff worked to establish greater public participation in the budget planning process. Building upon the work that began with the last budget, we were able to increase our efforts during the creation of the FY2021/22 budget. Under Mayor Regina Romero’s leadership, the City hosted four virtual town hall events to provide a platform for community members to voice their priorities for the budget. Each town hall focused on separate topics – Infrastructure and Mobility, Climate Action and Adaptation, Community Safety, and Resilient Recovery – based on a framework set out by the Mayor and Council. Community members were then able to hear from City leaders and ask questions about the topics most relevant to them. This new and innovative approach to receiving community input for the City's annual budget included moderated discussions on each of the four topics to enable community members to provide direct feedback to City leadership. In addition, there were three Mayor and Council public hearings.

The City also created two virtual budget engagement tools. In addition to an Open Comments forum dedicated to budget discussion, there was a dynamic Budget Engagement Tool in English and Spanish to provide a summary of the budget and gather public input. Community members were able to learn about the Tentative Budget and assign discretionary funds to the different departments.

Additionally, this budget dedicated $1.75 million, with $250,000 for the Mayor’s Office and each Ward Office, to community projects that will be coordinated by each office in partnership with the community and supported by City staff. Because of the strong position of the City’s General Fund, the budget is flexible enough to allocate funds to further the Mayor and Council’s goals, including increasing budget participation at the community level..

The City is committed to growing budget engagement tools each year in an effort to improve transparency and accountability while ensuring alignment between community needs and budget allocation.

The strength of the budget reserves allow the City to boldly engage the challenges surrounding the pandemic, racial inequities, and injustice. These challenges have served to strengthen our vision as the City built the FY 2021/22 budget. As the budget process coalesced, we identified four areas of focus that I would like to highlight as they drove the alignment of priorities, our commitment to tackle the dual challenges of post-pandemic recovery and issues of equity, and our deep commitment to the employees who have proved their unwavering dedication to our community. The four areas of focus include:

The safety and security of Tucsonans continue to be areas of priority for both the Mayor and Council and the community. Therefore, this budget increases the allocation of funds by $2.8 million to a total of $5.1 million for community safety. There are many divergent voices with ideas about what community safety means and how we at the City of Tucson should deliver these services to our residents. Supporting and engaging in Phase Two of the City’s Community Safety Program is a critical step at this time. Phase Two includes Program Development and Community Engagement. Additionally, 14 new positions will be added to the Community Safety Program, the Independent Police Auditor’s Office will be expanded, we are on the cusp of hiring a Housing First coordinator who will be supported by homeless support outreach coordinators, and we will expand the number of community service officers by an additional 20 positions.

Another area of commitment is to work toward understanding and addressing inequity in our community. The City serves a unique role in ensuring all people have access to the opportunities necessary to satisfy their essential needs, advance their well-being, and achieve their full potential. In an effort to create more equitable outcomes, we will stand up an Office of Equity.

This budget also includes funding to reflect the Mayor and Council’s deliberate efforts to create a resilient recovery from the economic effects of the pandemic by expanding services to small, legacy, start-up, and emerging businesses. A new initiative called Ignite Tucson will look to spark our local business community and encourage innovation by adding five small business navigators and market local business through a collaboration with Visit Tucson. One of the exciting and unforeseen additions to this year’s budget is a film incentive with them as well. Visit Tucson will use these funds along with other regional partners, to attract the film industry to the region in ways that we have not seen in several decades.

The federal Coronavirus Aid, Relief, and Economic Security (CARES) Act funding brought much-needed aid to our community last year for workers, families, small businesses the arts community, and housing. We will see even more investment to build back resiliency in community through the upcoming allocation of American Rescue Plan Act funding.

Road infrastructure remains one of the core services and key interests of our community. Through the Mayor and Council’s leadership, we are doubling the funding of local road repairs as a part of this budget. Voter-approved initiatives over the last nine years have allowed the City to make significant headway in the condition of major streets throughout the community. However, an overwhelming number of neighborhood roads remain in need of repair. $14 million is dedicated to local road repairs over the next fiscal year. $2 million will be allocated to each Ward and the Mayor’s office for local roads most in need of maintenance. This marks the first time in recent history that the General Fund has been able to accommodate such an investment and reflects the continued economic strength of the fund.

The City has struggled to recruit and retain staff, often in key areas across the organization. Wage stagnation since the Great Recession has hindered the City's ability to keep up with market-rate wages. The City has been making concerted and strategic efforts to address these compensation issues over the last five years. This is a key component of the City's Strategic Plan priority of being an Employee Centric Organization and the driving force behind the Employee Retention Plan. With the Mayor and Council's leadership, the City has made significant progress in these efforts. The FY 2021/22 Tentative Budget includes $33 million to implement this phase of the Employee Retention Plan and provide market-rate wage increases across the organization. This significant move to better stabilize our workforce is sustainable because of years of strong financial decision making and significant reserves within the budget.

While the ongoing pandemic still makes the economic outlook uncertain, strong revenues, years of good policymaking, and long-term thinking by the Mayor and Council have created economic stability during these tumultuous times and allow us to continue providing excellent core services to our community. This fiscal year will prove in many ways to be just as challenging as the last. However, through our resiliency and the backbone of fiscal stability that this budget provides, we will not only continue to succeed, we will push ourselves to excel. We have proven that we have the leadership, dedication, and innovative spirit to govern like no other city and deliver on our commitments to the people of Tucson.