The City of Tucson would like your input on a proposed program and fee to provide additional stormwater management services in the community. A survey follows the program description below. Header photo by Wheat Design Group.

The City of Tucson is seeking to deal with a number of related challenges, including:

To address these issues, the Mayor and Council is considering a proposal to collect a fee of approximately $.75 to $1.50 on city residents' monthly utility bill, which would raise about $3 million annually to build and maintain projects throughout the city that capture stormwater runoff from streets and parking lots, and divert it into vegetated water harvesting areas. These kinds of projects are called "green stormwater infrastructure," or GSI. The proposal would:

The Green Stormwater Infrastructure program would have the following additional benefits: 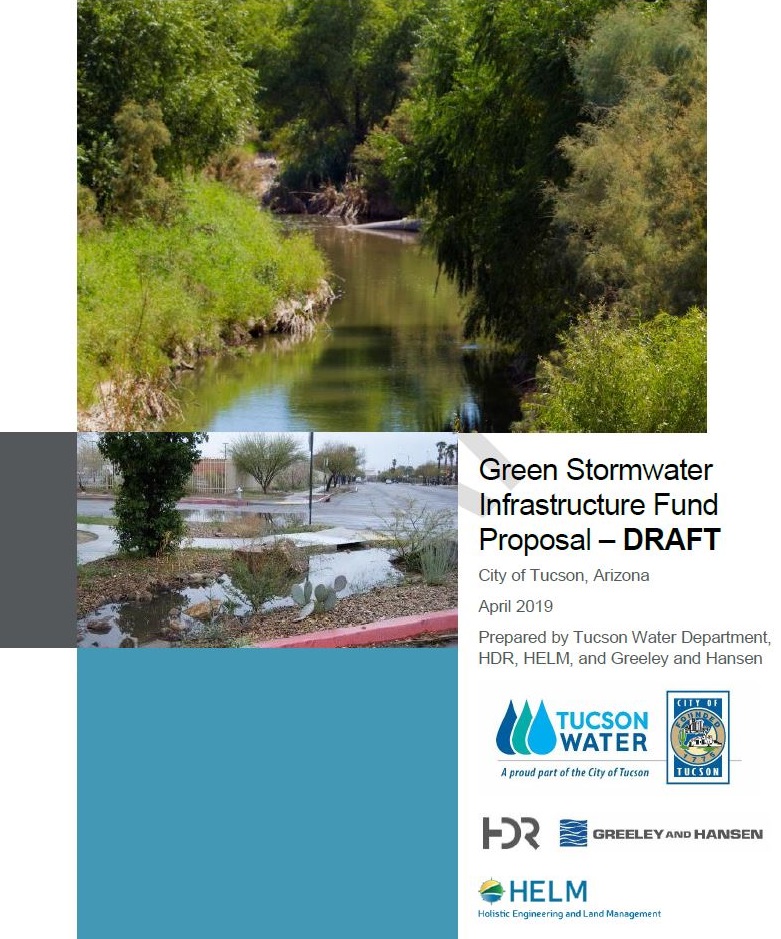 This section shows examples of the types of projects the program would fund. Examples include projects that have already been installed here in Tucson, as well as those have been built in other desert cities. 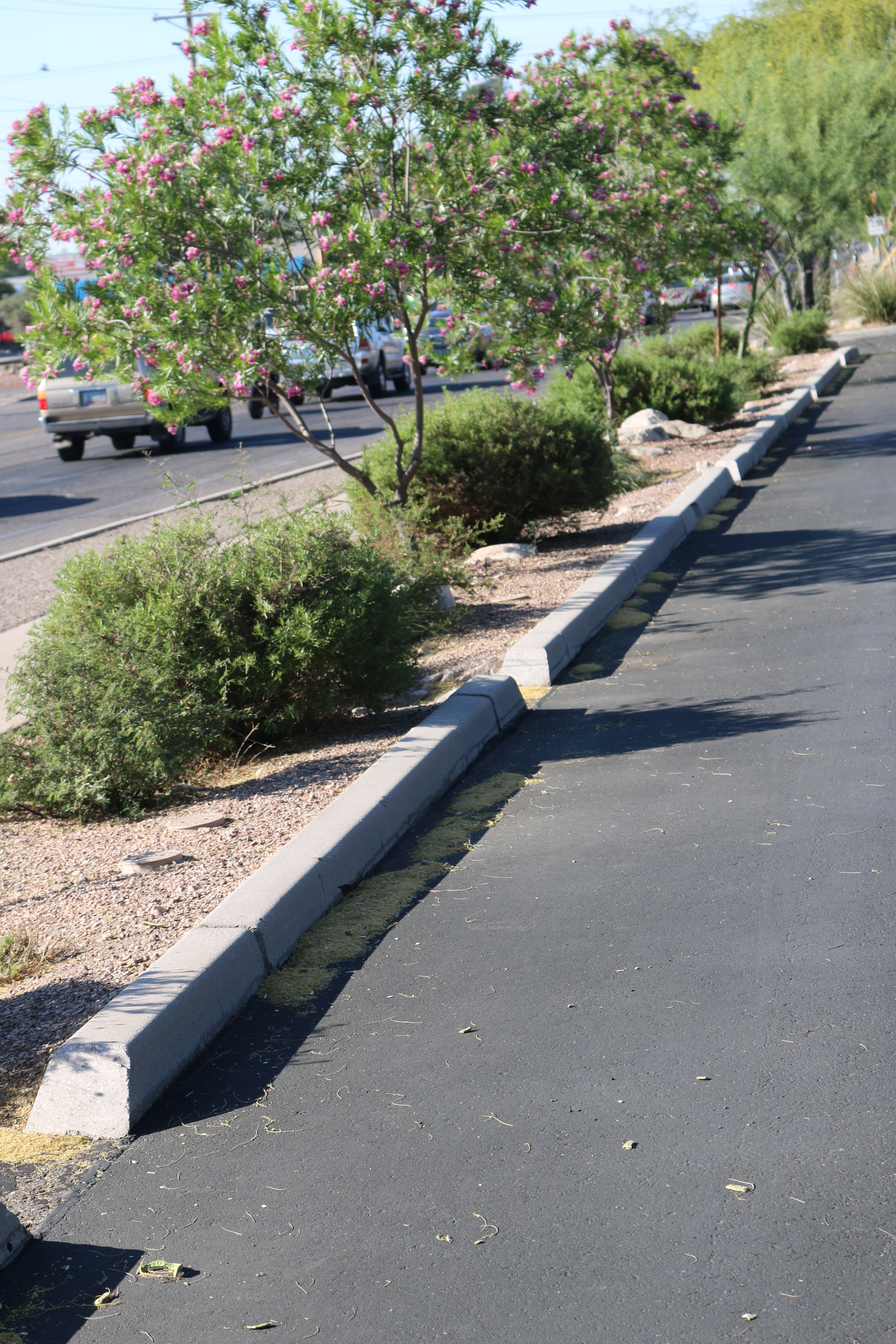 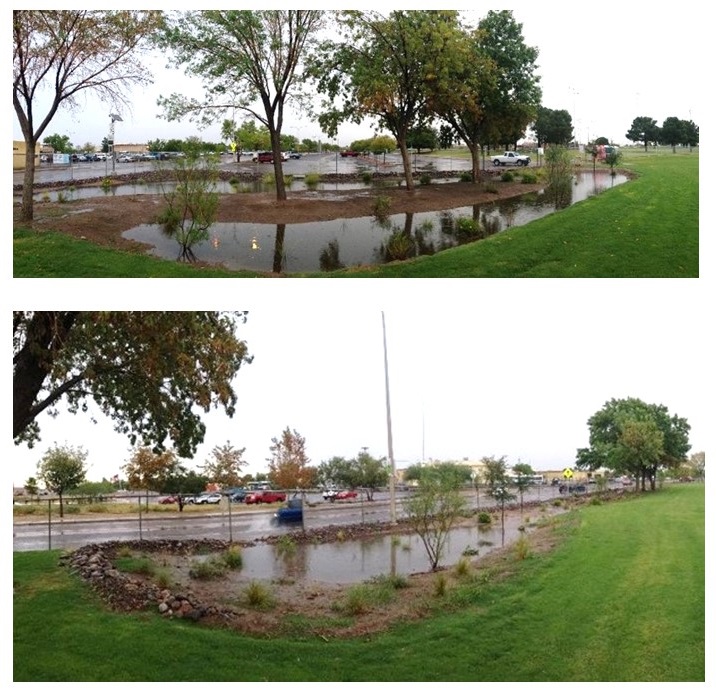 Parks and open space can be used to collect large amounts of stormwater runoff to reduce neighborhood flooding, while creating "rain gardens" that provide passive irrigation for trees and other plants. 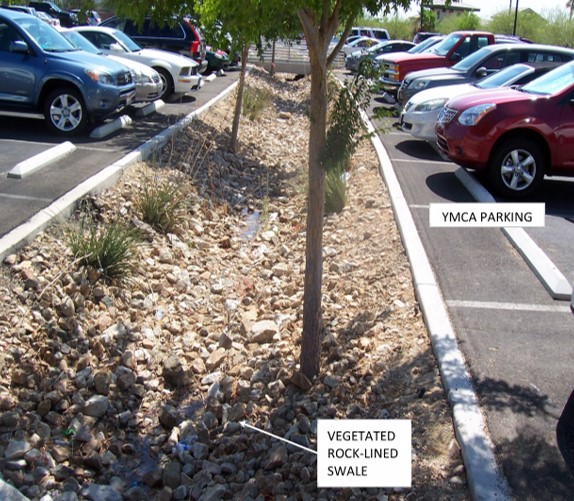 Parking lots can be retrofitted with swales and basins that collect stormwater runoff, in turn irrigating trees that provide shade. 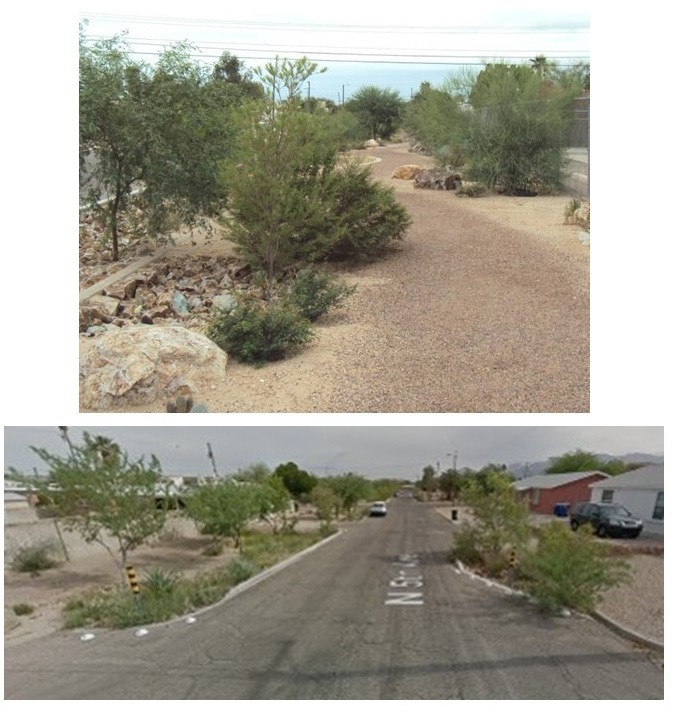 These examples from Tucson’s Northwest Neighborhood show how neighborhood streets can be retrofit with curb extensions and vegetated basins to slow traffic, reduce local flooding, and create shade for pedestrians and bicyclists.

These kinds of improvements can be added to Bike Boulevard projects that are planned along many streets through the Tucson Delivers: Parks + Connections bond package. 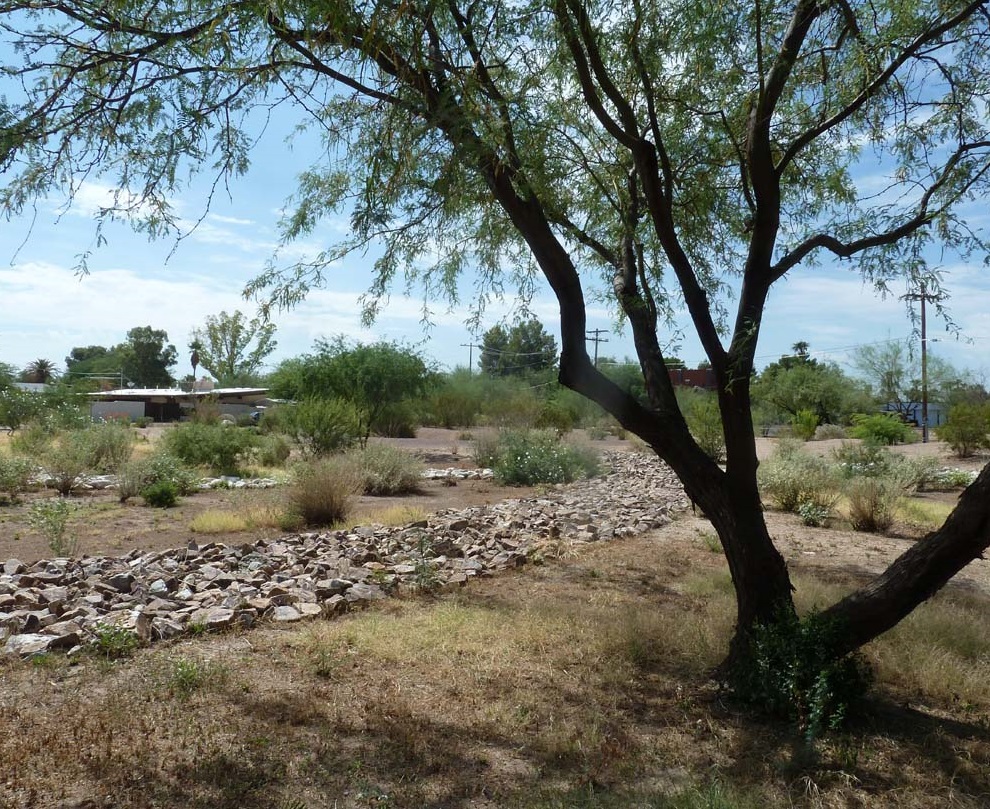 20-30 Club Park has water harvesting features that drain water from a neighborhood street where water used to pond. 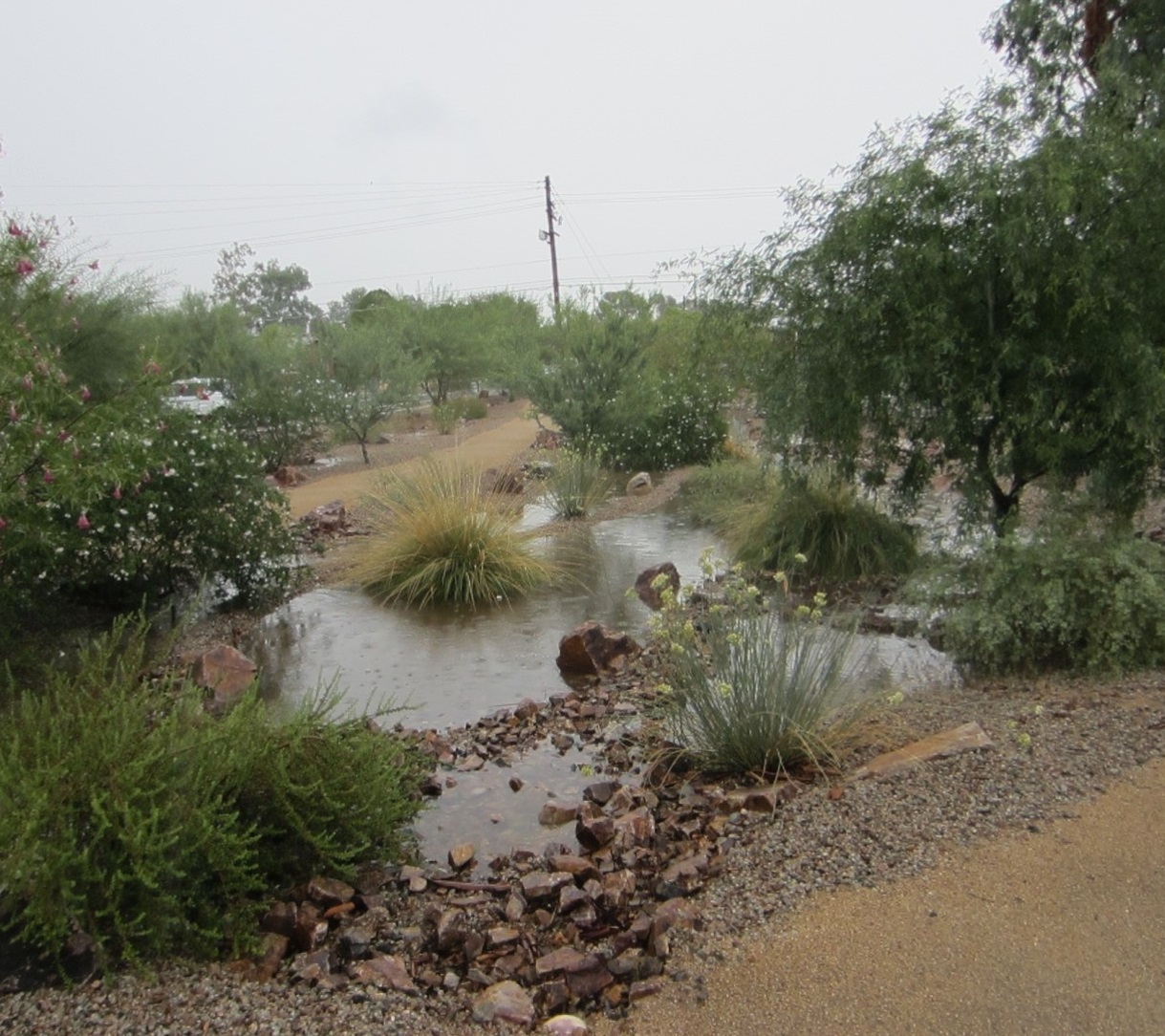 The University of Arizona installed this water harvesting landscape along Lester Street, which collects rainfall runoff from buildings and a parking lot. 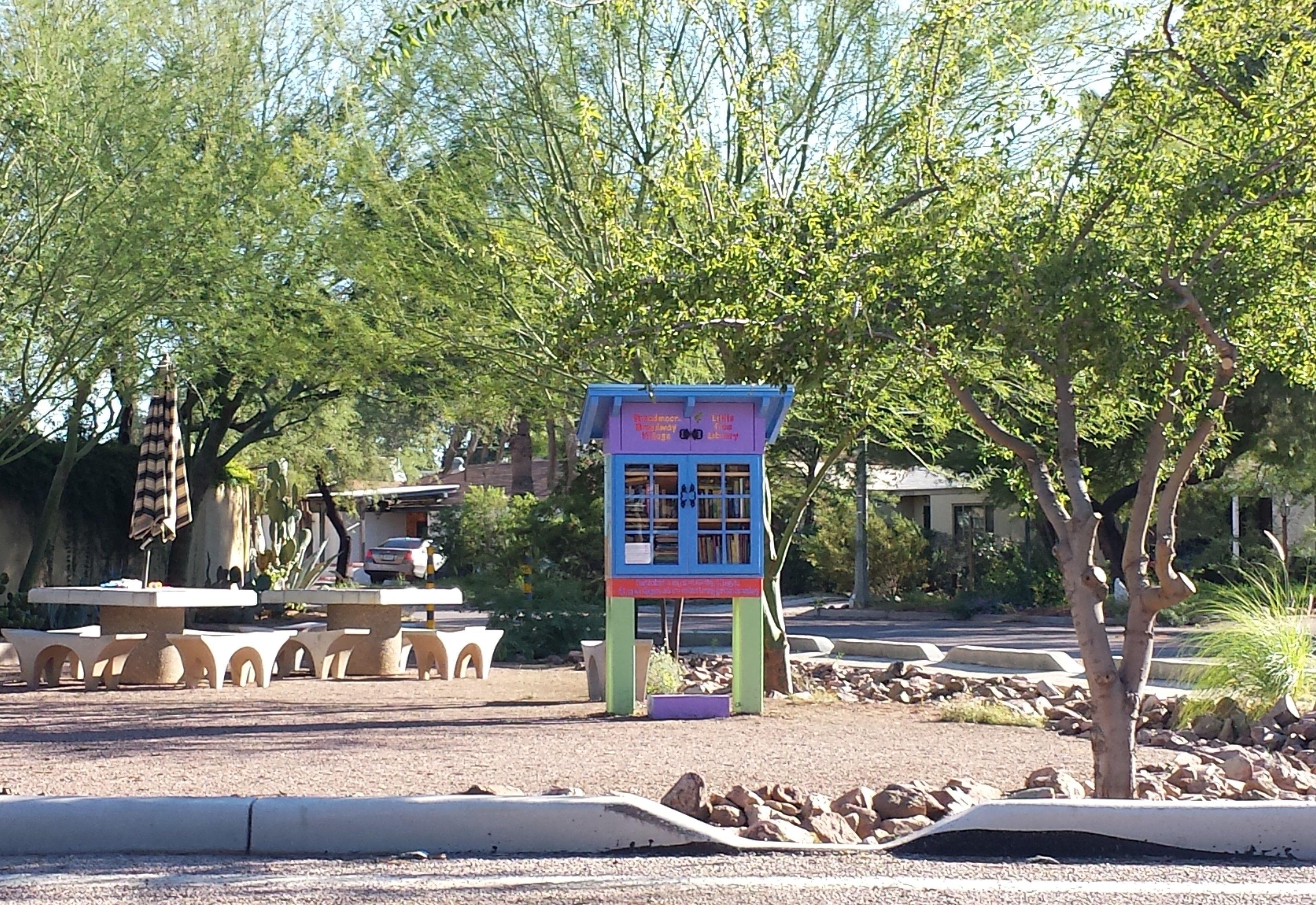 Malvern Plaza is a site in Broadmoor-Broadway Village Neighborhood where asphalt was removed from a portion of large intersection to create a small park. Curb cuts capture stormwater runoff from neighborhood streets, which irrigated trees that shade this popular neighborhood gathering site.

The annual budget of $3 million for the Green Stormwater Infrastructure program is proposed to be used as followed:

Adding GSI features to projects that are already planned, such as:

Adding GSI where it can best reduce flooding in neighborhoods

Adding GSI where it benefits the most vulnerable people in the community (e.g. using the state’s information on heat vulnerable populations)

The City has identified approximately 300 in-street, vegetated traffic circles, medians, and curb extensions that the City has installed in neighborhoods over the past 20 years, and which capture stormwater or could be retrofitted to capture stormwater. In most cases, these features have not been maintained by the City, but have been made the responsibility of the neighborhoods. In the first few years, the majority of maintenance funds would go to retrofitting and maintaining these assets to improve their function and aesthetics. As the program funds construction of new GSI features, maintenance funds would also cover care of these new assets. 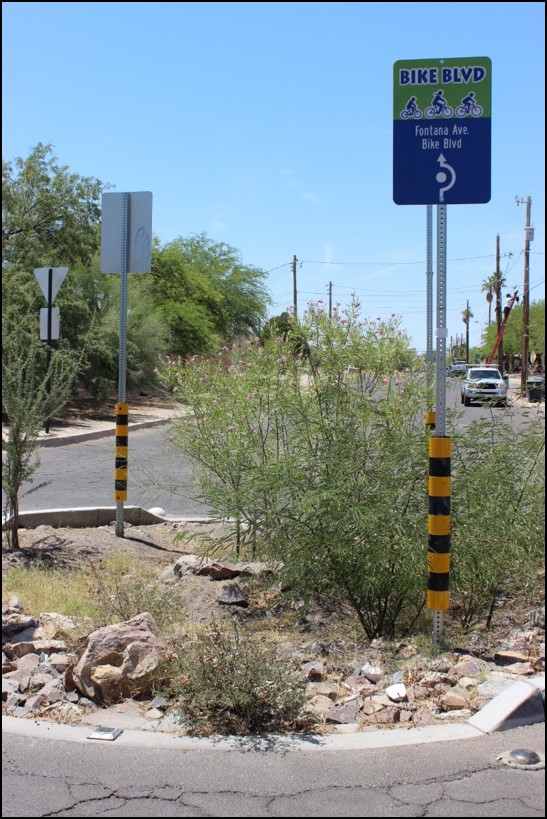 Take this quick survey to provide your feedback on the proposed stormwater project discussed here.