Capital improvement projects have a vital relationship to the degree and direction of community development. The City of Tampa’s Capital Improvement Program (CIP) forecasts and aligns projected revenues with capital project priorities and planned capital improvement expenses for maintaining, enhancing, and expanding City infrastructure needs over a five-year period. The CIP is updated and submitted to City Council for adoption annually ensuring that new and/or changing priorities are addressed. Projects are subject to change based on level of service standards and needs, special funding opportunities, emergency requirements, or other directives or priorities established by the Mayor and City Council. Because priorities can change, planned projects included in outward years are not guaranteed for funding.

Most capital projects have several phases including design, land/rights-of-way acquisition, permitting, and construction. A capital project can take one or two years from inception to completion; however, major projects may span several years before they are completed. In some cases, construction may significantly lag design due to permitting requirements and land/rights-of-way acquisition. The CIP allows for the annual appropriation of financial resources for a specific phase while allocating funds for future phases.

Only those projects identified in the first year of the five-year capital improvement plan are appropriated in the adopted budget. However, it is important to provide and approve the five-year CIP for long-term planning, establishing funding priorities and goals, as well as coordinating and phasing improvements for all departmental projects. Long-range capital planning is an important management tool that strengthens the links between infrastructure requirements, identified needs and priorities of the community, and the financial sustainability and capacity of the City. 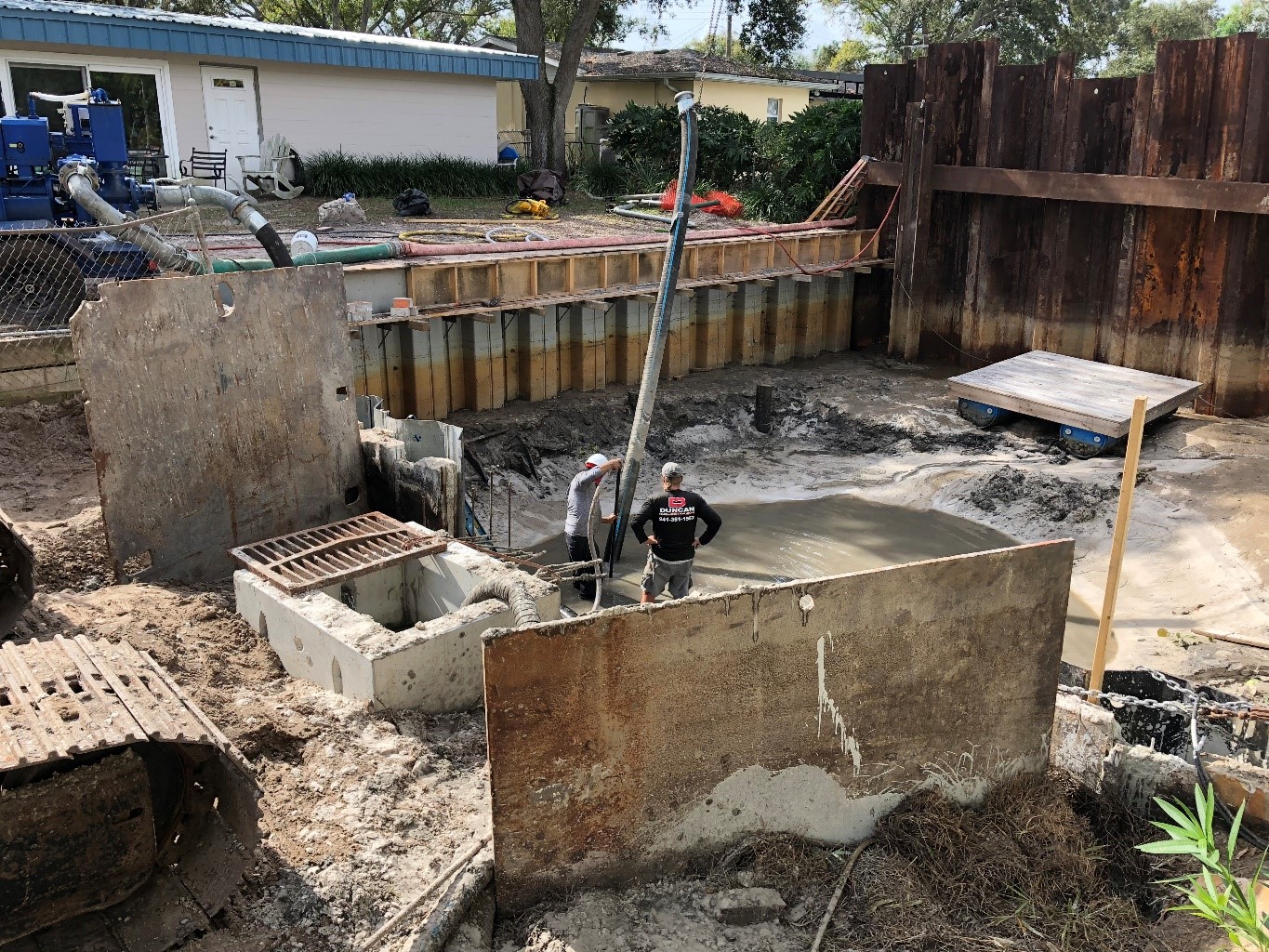 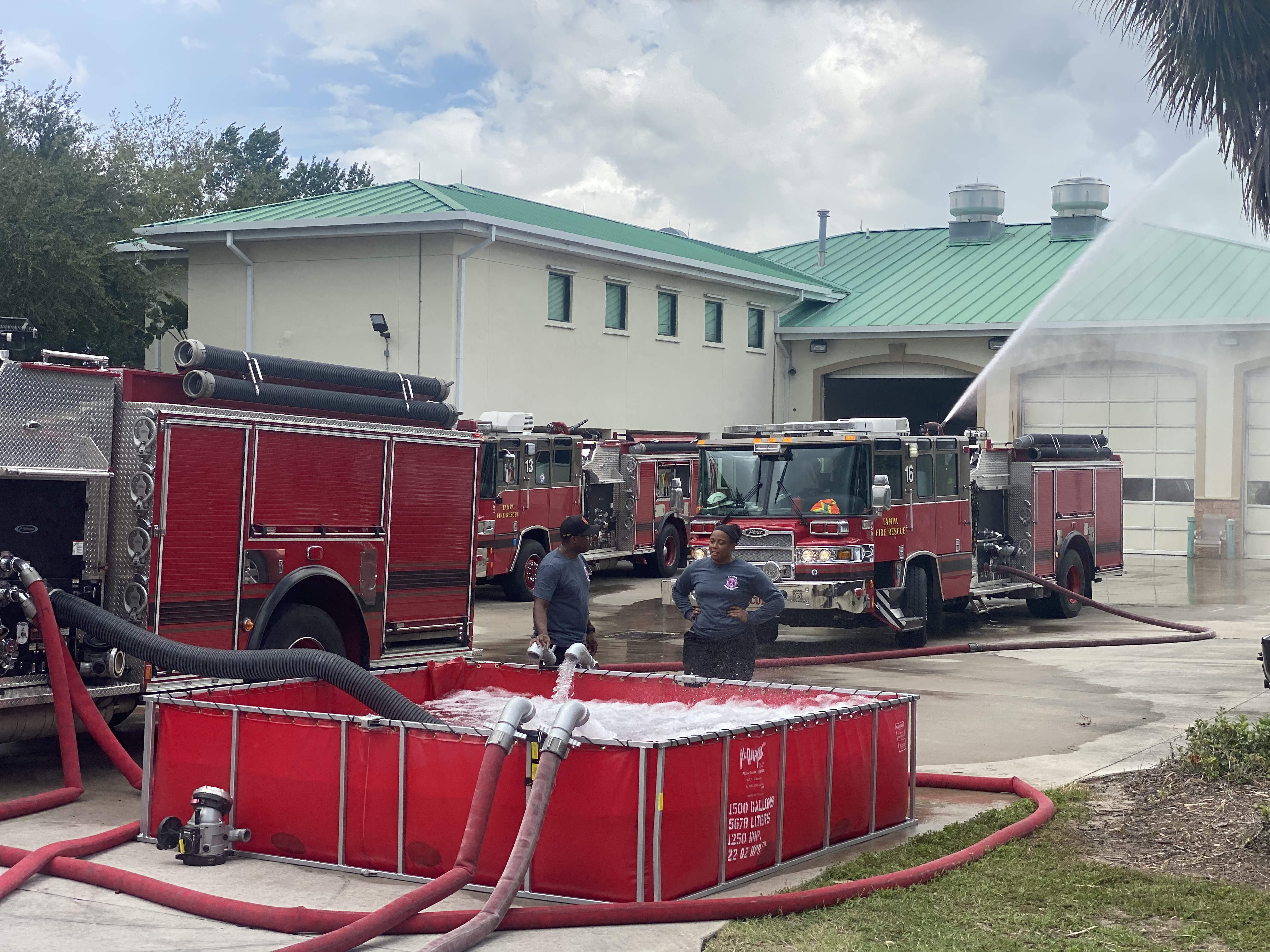 Elements of a Capital Improvement Project

The following elements may be included in a CIP project: 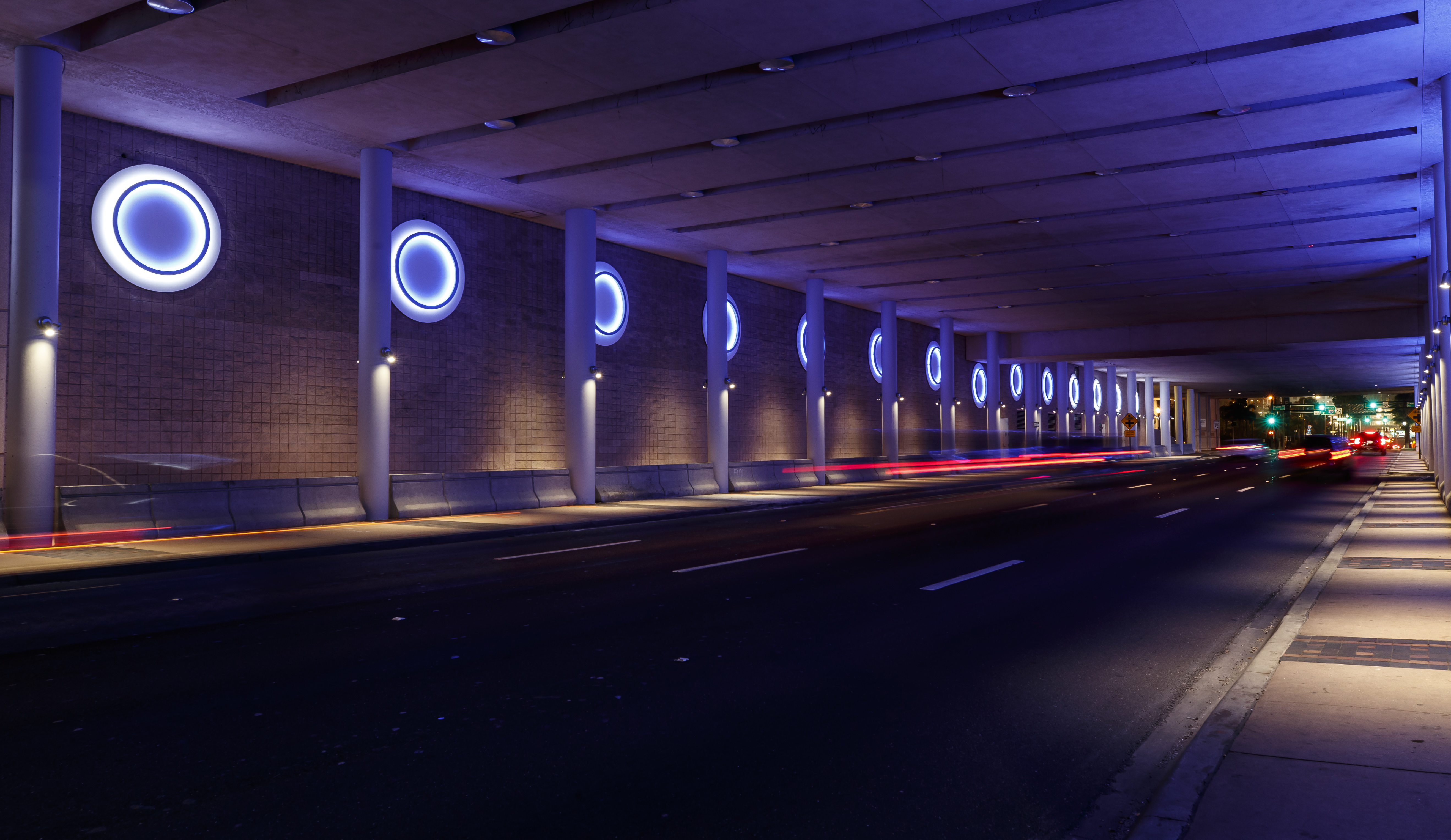 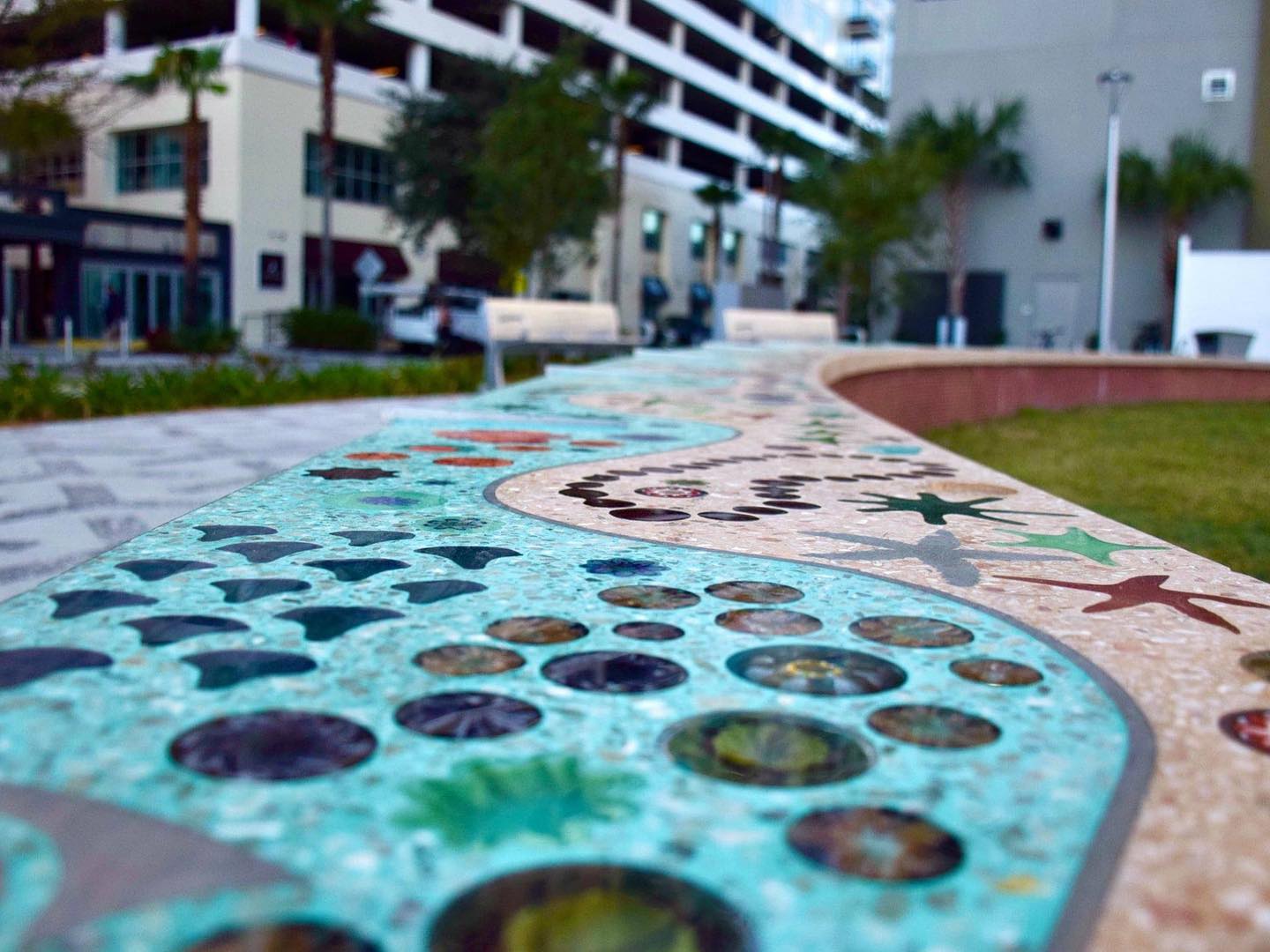 Note: "To Date" Budget and Actual Balances on PDF pages are as of preparation of the budget and may not match the "To Date" balances on department pages.

The City primarily funds its capital improvement program on a cash basis. There are various revenue sources used for this purpose. Some revenues are restricted, such as transportation impact fees, local option gas taxes, and community investment taxes.

The City receives capital grants from several sources. These grants are awarded for specific purposes and often require a local match. The granting agencies usually impose specific requirements to qualify for the grant.

The City issues debt to either refund an existing debt issuance or obtain new funds to acquire and/or construct major improvements to the City’s infrastructure. The City uses a combination of fixed-rate and variable rate, long- and short-term debt based on the lowest possible cost and risk to the City to fund its capital needs. The financing methodology for each transaction is determined based on funding priorities and available debt capacity. For each debt issuance, the City will comply with all prudent financial policies, the City charter, and all legal, Internal Revenue Service, Securities and Exchange Commission, and Municipal Securities Rulemaking Board rules and regulations.

The State of Florida, through the Florida Growth Management Act, mandates all counties and municipalities adopt comprehensive plans providing public facilities (infrastructure) and services to support the impact of development. The comprehensive plan is a legal document adopted by local governments to guide and coordinate long-range growth and development. It considers information such as population projections, patterns of existing development, suitability of land for development, capacity of public facilities to serve future development, and the financial capacity to make improvements to those facilities. The comprehensive plan specifies policies toward land use and growth including a Future Land Use Map that regulates the general type of land use allowed (commercial, industrial, residential etc.) and the maximum density (living units per acre) or intensity (square feet of building area) of those uses. All land use decisions made by local jurisdictions must be in conformance with the comprehensive plan.

Comprehensive Plans for the cities of Tampa, Temple Terrace and Plant City and unincorporated Hillsborough County were initially adopted in 1989 by the Hillsborough County City-County Planning Commission with the input of the citizens and most recently amended in 2016. There are two processes used to update the Comprehensive Plan: 1) annual updates and changes based on locally initiated requests for changes such as the Capital Improvement Program and Capital Improvements Section Schedule; 2) a comprehensive update every 7 years.

Long-range planning is directed by the Mayor of Tampa and the City’s administrators. The Mayor’s decision making is guided by the Tampa Comprehensive Plan (external link), the five-year Consolidated Plan for Housing & Community Development Programs, and other long-term development plans. These decisions result in the production of the five-year Capital Improvement Program.

The Imagine 2040: Tampa Comprehensive Plan is a twenty-year plan for the growth and redevelopment of the City of Tampa. The plan is updated periodically to reflect changes in growth patterns, community aspirations, demands for City services, and incorporation of new supplemental plans (such as the Urban Forest Management Plan). Major updates to the plan are made on a seven-year cycle, while minor revisions are made annually. This process allows the City to respond to changing fiscal, economic, or social conditions while continually aligning annual capital decisions with long-term goals and objectives. The Tampa Comprehensive Plan completed a major update in 2016 and was awarded an American Planning Association Silver Level Comprehensive Plan Standard for Sustaining Places. Tampa is a great city to live and work in, offering diversity and a vibrant urban life that nurtures residents’ creativity and their entrepreneurial spirit. The Plan builds on these qualities and outlines a collective vision for sustaining and enhancing an attractive and safe city that evokes pride, passion, and a sense of belonging using innovative and sustainable strategies and planning techniques. The Plan ensures Tampa will prosper well into the 21st century.

The CIS Schedule is a required component of the Tampa Comprehensive Plan which provides the regulatory framework to ensure there is sufficient infrastructure either planned or already built to support current and future populations. The CIS Schedule:

Annually, City staff reviews and updates the CIS in conjunction with the preparation of the CIP. The City identifies CIS projects, those that address level of service standards (LOS), in the CIS Schedule. The CIS reflects the timing and funding of capital projects required to meet or maintain adopted (LOS) standards and implements the goals, objectives, and policies of the comprehensive plan. The scheduled capital projects will also reduce existing deficiencies, provide for necessary replacements, and meet future demands during the time period covered by the CIS Schedule. Per Florida Statute, City Council must amend the CIS portion of the Tampa Comprehensive Plan to incorporate capital project changes before the end of each calendar year.

City departments submit CIP requests during the annual CIP budget process to the Budget Office. The Budget Office balances all CIP requests against available funds and makes its funding recommendations to the Mayor and City administrators. This process culminates in the five-year Capital Improvement Program that is part of the City’s annual budget as approved by City Council. Capital projects relating to (LOS) requirements are included in the CIS Schedule and then adopted into the CIS of the Tampa Comprehensive Plan per state requirements.

The City defines a CIP project as a major, non-recurring, capital expenditure for the construction, expansion, purchase, or major repair/replacement of buildings, utility systems, streets, or other physical structure or property. Generally, a CIP project will have an expected useful life greater than one year and an estimated total expenditure of more than $100,000. 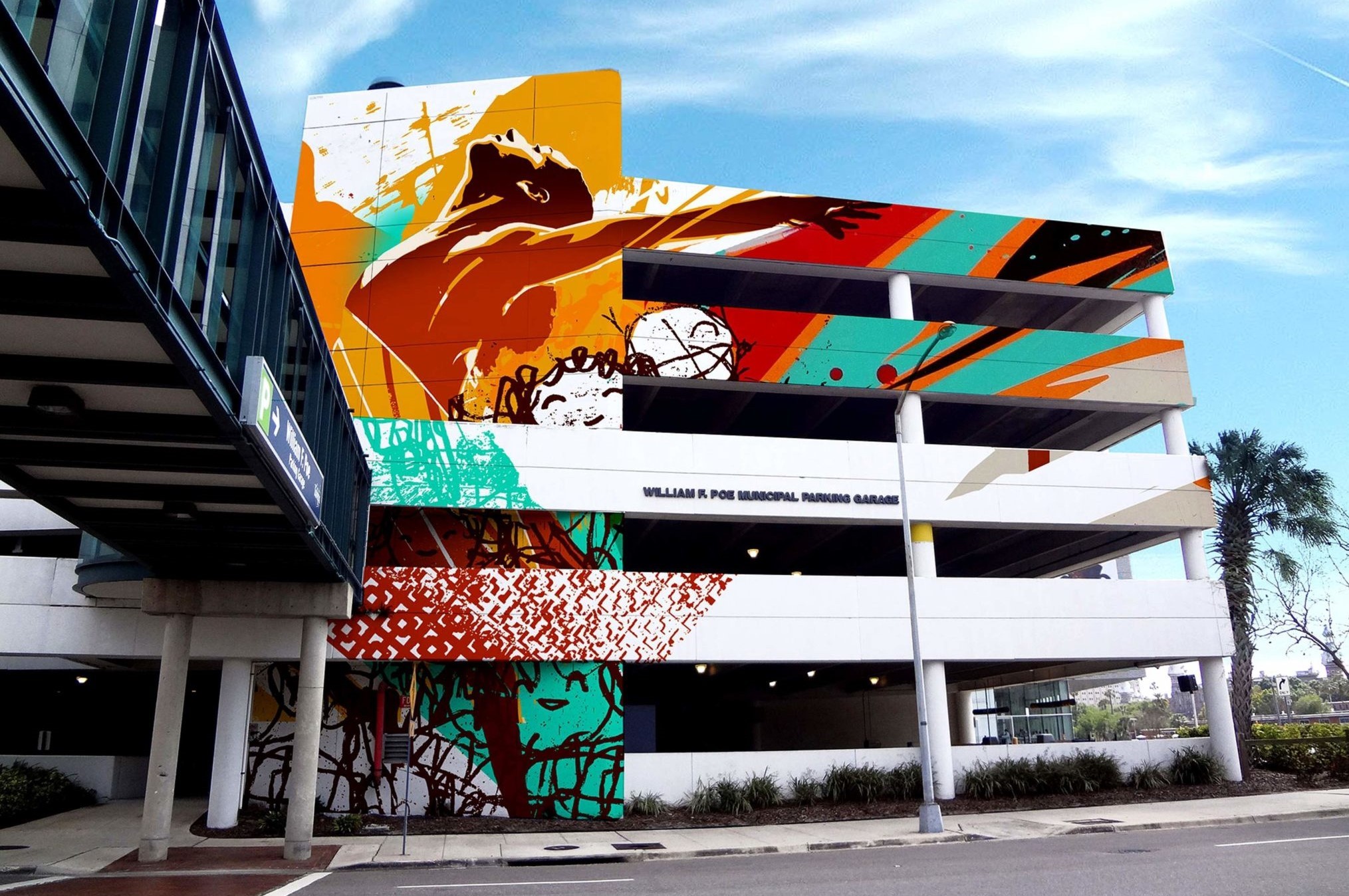