Establish and maintain a network infrastructure that is secure, reliable, accessible and flexible while providing timely and effective technology support services to city staff that maximizes and enhances their productivity and their ability to provide ever improving city services.

Personal Services increases of 3.1% are comprised of salary adjustments due to union collective bargaining settlements. The currently vacant IT Project Manager position has been funded for 75% of the year with an anticipated start date of 9/1/2020.

Ordinary Maintenance lines are projected to increase by 41.7%. This is due to a number of factors

Software increases of 40% include significant Cybersecurity enhancements and other departmental software consolidated into the IT budget. Examples include SmartSheet licenses and OpenGov software.

PSTN and Cellular & Paging lines are now fully funded and no longer require yearly transfers/approvals between City and SPS making the process much more efficient. The amount of this transfer was expected to be $155,000 in FY21.

Cellular & Paging increases of 33% are due to increased mobile demands in general and due to COVID19.

Computer Equipment lines increases are due to the purchase of additional laptops as compared to desktops and a 5-year balanced lease on replacing municipal network infrastructure equipment.

Increases in the R&M - Computer Equipment line are for one-time costs of $70,000 in order to convert an existing tape-stored data backup system.

Other differences include regular yearly percentage increases to software services and contracts. 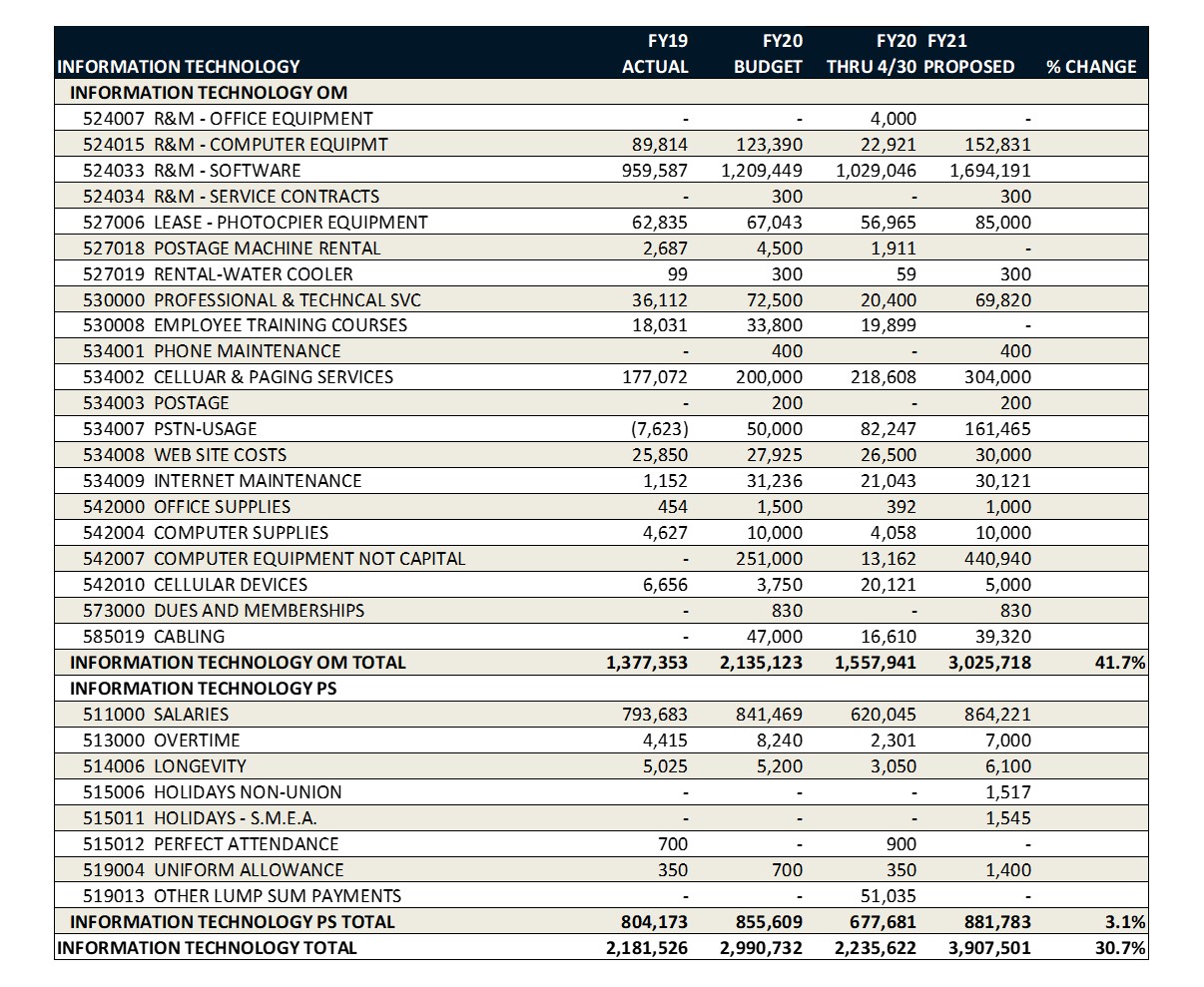 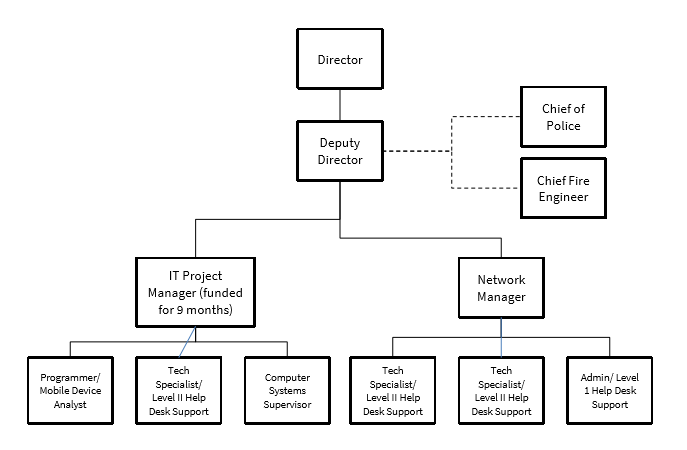