To protect and improve the community’s health and well-being through prevention, community engagement, inclusion, accessibility, and promotion of healthy behaviors and environment.

The FY21 HHS Personal Services budget is projected at a 24.9% increase, primarily due to new pay rates for School Nurses and other SMEA staff.

There are currently three vacancies within the department:

The School Nurse Manager is appropriated for a full year, as lag generated is used to provide continued service at this position.

A School Nurse Float position is also vacant and is appropriated for the full year as that search is currently underway.

The LGBTQ Coordinator position is also vacant and has been appropriated for 50% of the year with an estimated start date of 1/1/21. We are in the process of re-imagining this role as it has been difficult to attract candidates to this part-time position.

One new position is proposed in the FY21 budget as outlined in the City's collective bargaining agreement with the SMEA, a second School Nurse Float. This position is funded 25% of the year.

Ordinary Maintenance is down 9.1% for FY21 primarily due to a reduction in the Professional & Technical Services line.

Funding from cuts made to the Police Department budget were reallocated during the FY21 budget process into the Health and Human Services department. $168,533 was added to the Salaries line to fund three new positions: a Bilingual Social Worker, Bilingual Case Worker, and a Clinical Youth Specialist. An additional $57,000 was added to the Professional & Technical Services line to fund an increase to food access cab voucher and farmers market SNAP matches. 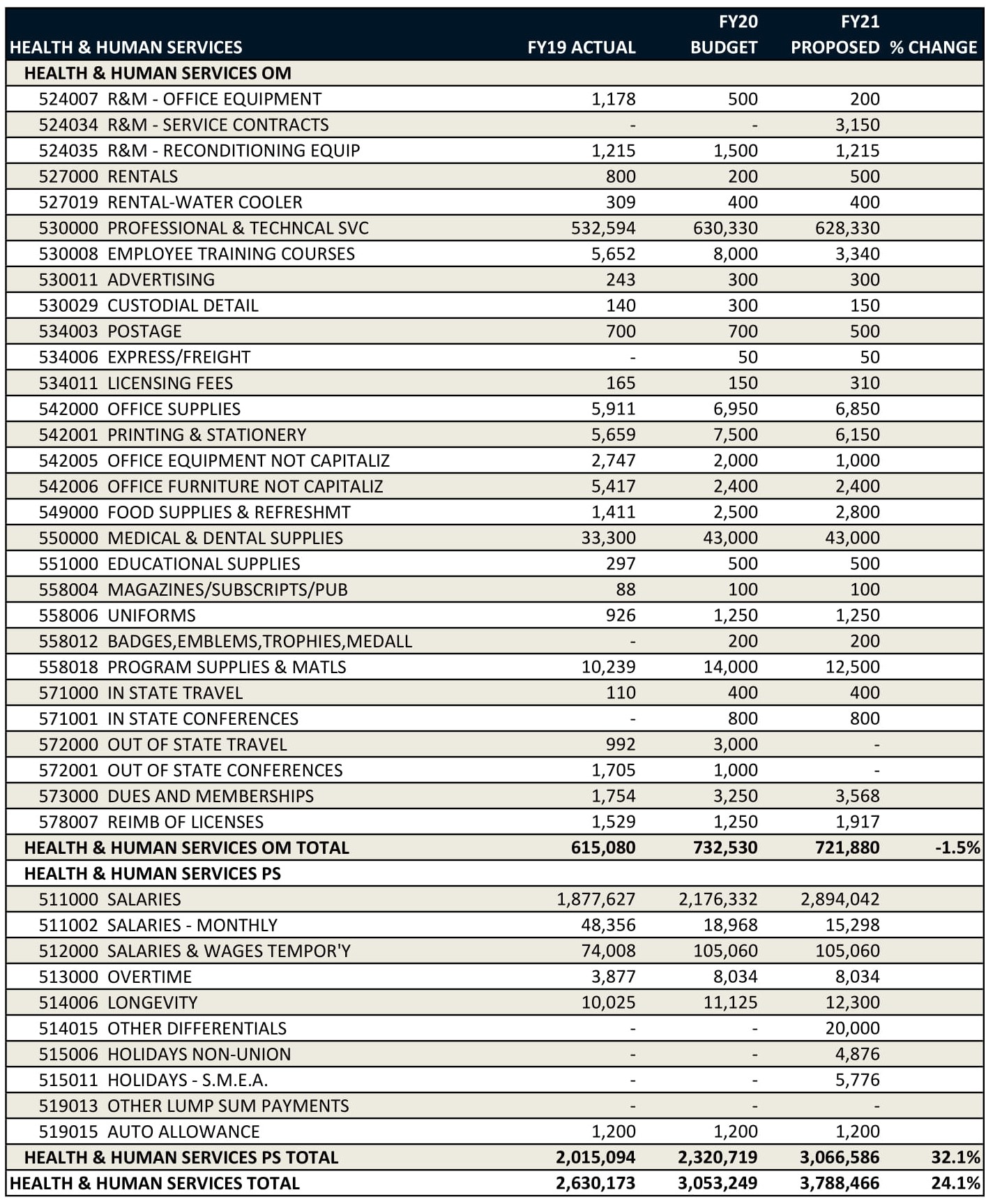 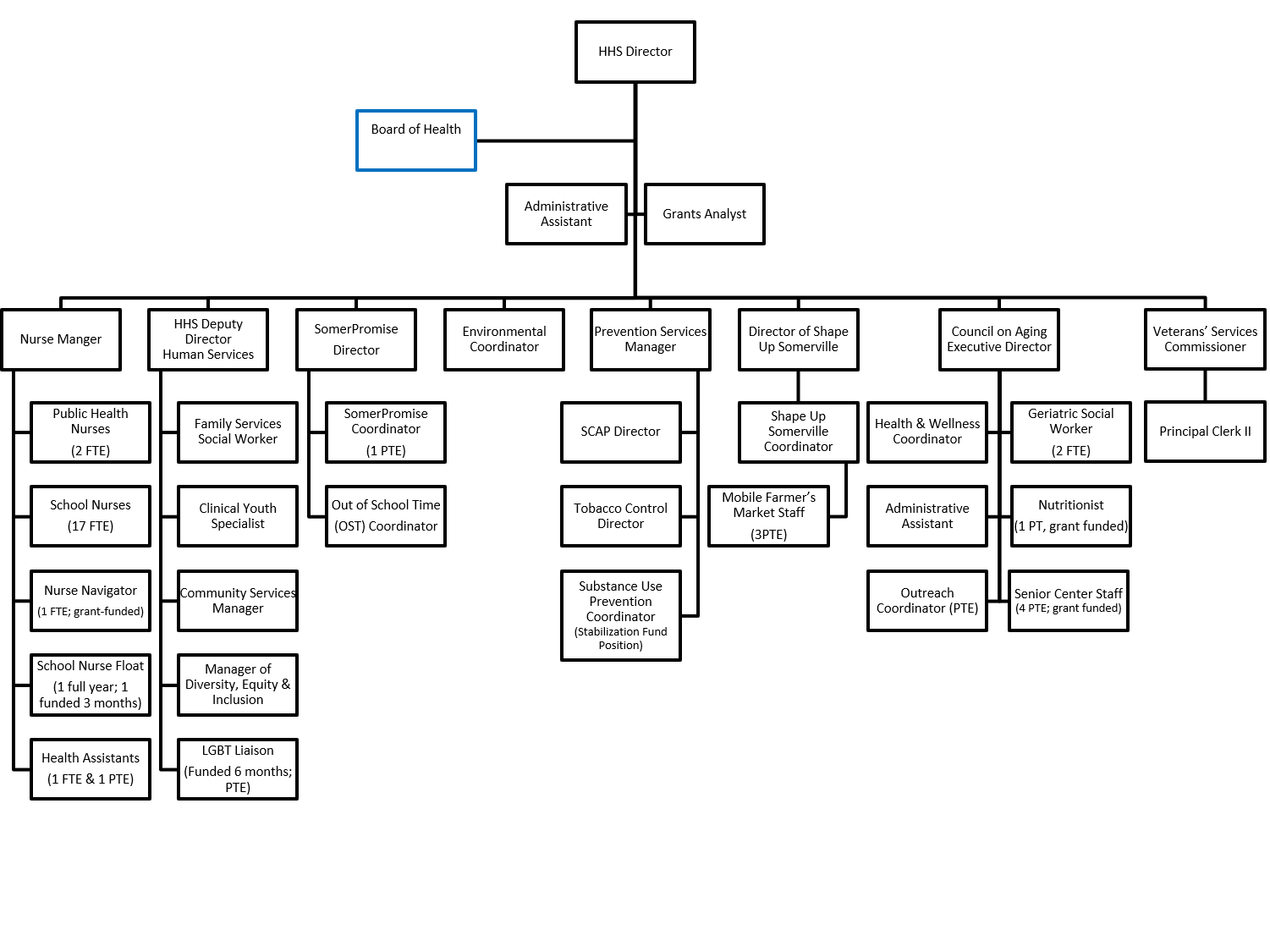