Located in the north-central portion of the City of Orange, the North Tustin Street Plan Area is generally bounded by Katella Avenue to the south, Lincoln Avenue to the north, State Route (SR) 55 to the east, and established post-War single and multi-family residential neighborhoods to the west. Tustin Street is a major transportation corridor in the City characterized by eclectic strip commercial development dating from the 1960s through the present. Pockets of modest multi-family residential development dating from a similar timeframe are located in the eastern portion of the corridor between the rear of commercial properties fronting Tustin Street and SR 55. Much of the study area was developed in the 1970s when the city was growing.

In 1983, the North Tustin Street corridor was established as a redevelopment area. In conjunction, the Commercial-Tustin Redevelopment Area (C-TR) zoning classification was created for much of this area and the Tustin Street Design standards were adopted to reinvigorate and generate property reinvestment in the corridor. The anticipated benefits of the C-TR zoning and design standards came to limited fruition, with respect to land uses and the visual quality of the area, and have become outdated. However, the Tustin Street corridor, from the Plan Area continuing south to the city limit is recognized as a commercial corridor where a wide variety of the community’s retail and service needs can be met; if there’s something you need, you can probably find it on Tustin Street.

The City’s General Plan Urban Design Element recognizes the North Tustin Corridor as a northern gateway into the City as well as a major streetscape having potential to better convey a positive community business district image. The Urban Design Element provides goals, policies, and aspirations in support of establishing a distinctive and refreshed image of the North Tustin Corridor. With a growing interest in defining strategies and patterns by which this 20th century commercial corridor may further evolve, the City is now embarking on a Specific Plan to transform the North Tustin Street corridor toward a more complete, more flexible, more resilient and human scale urban environment that supports a dynamic mix of shopping, housing, employment and other uses. 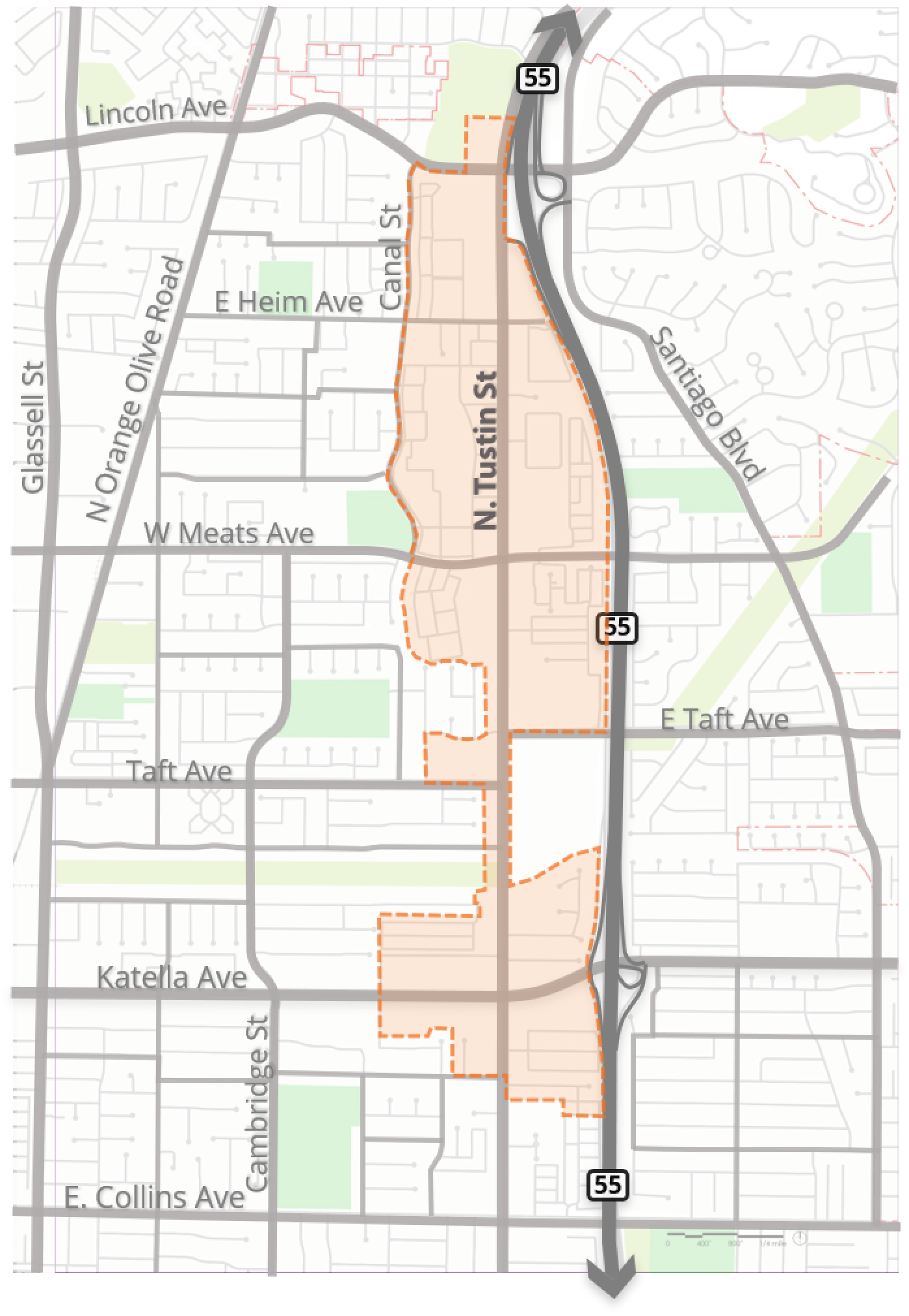