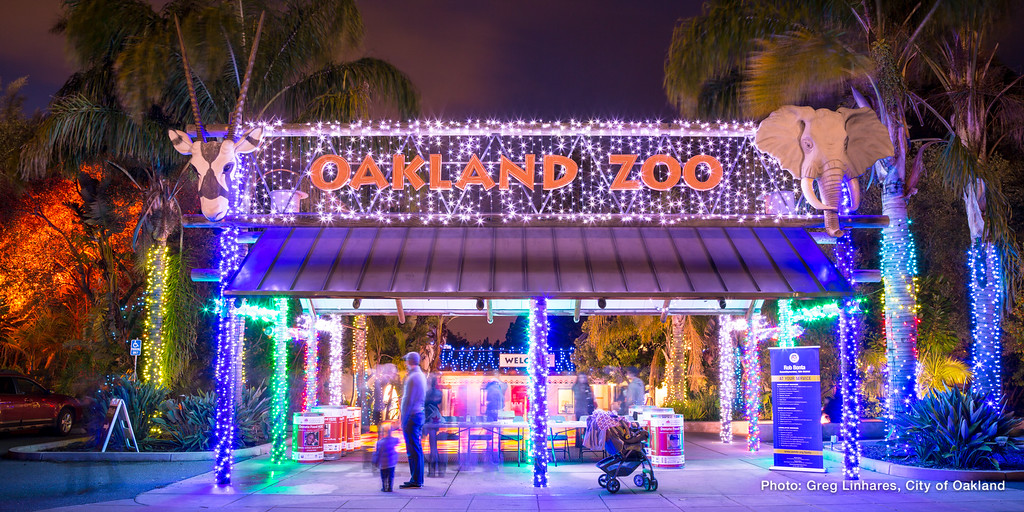 Oakland is home to many world-class and unique attractions for residents and visitors.

Fox Theater – The renovated Fox Theater in downtown Oakland reopened its doors in February 2009 with a run of performances from entertainment’s top acts. The theater’s wrap-around building is also the permanent home for the Oakland School for the Arts, a tuition-free charter school dedicated to artistic and academic excellence.

Grand Lake Theater – A mainstay of the community since its construction in 1926, this first-run movie theater is graced with a colorful, lighted marquee and a sweeping staircase in the main hall. Look for the ornately decorated walls, brass chandeliers, and faux opera boxes. Prior to curtain on Friday and Saturday nights, an organist serenades the audience on a Wurlitzer.

Lake Merritt – The Lake is the largest lake located within an urban area and is set in Lakeside Park, which is home to the Garden Center, Sailboat House, Rotary Nature Center, Junior Science Center, and a Bonsai Garden. Bordered by a 3.4 mile trail, Lake Merritt is a favorite location for joggers, walkers, and strollers.

USS Potomac – Affectionately dubbed the Floating White House by the press, Franklin Delano Roosevelt's presidential yacht is one of the few floating museums in the country. The restored 165-foot vessel, a national historic landmark, is a memorial to FDR and his accomplishments.

Chinatown – Oakland Chinatown dates back to the arrival of Chinese immigrants in the 1850s, making it one of the oldest Chinatowns in North America. Oakland’s Chinatown is bustling with activity. The Asian Branch Library is one of many of Oakland Public Library’s branches and is located in Chinatown’s Pacific Renaissance Plaza.

Old Oakland – A historic district with beautiful buildings and a thriving commercial strip. A Farmers’ Market takes place every Friday.

Oakland Museum of California – This is the state’s only museum devoted to the arts, history and natural sciences of California. The Museum provides unique collections, rotating exhibitions and educational opportunities designed to generate a broader and deeper understanding of and interest in California’s environment, history, art and people.

Oakland Zoo – Founded in 1922 by naturalist Henry A. Snow, the Oakland Zoo is home to 850 native and exotic animals. The Zoo completed its $72 million California Trail exhibit in July 2018, more than doubling its size. The Zoo is nationally known for its excellent elephant exhibit and has been praised for allowing its elephants to roam freely.

Paramount Theatre of the Arts – This beautiful Art Deco theater opened in 1931 and was authentically restored in 1973. The theater hosts an impressive variety of popular attractions, including the Oakland East Bay Symphony, Broadway shows, R&B concerts, gospel performers, comedy, and special engagements.

The Crucible – Located in West Oakland, this non-profit educational facility fosters a collaboration of arts, industry and community. Through training in the fine and industrial arts, The Crucible promotes creative expression, reuse of materials and innovative design while serving as an accessible arts venue for the general public.

Oakland Urban Wine Trail & Ale Trail – A trip to Oakland isn’t complete without tasting a little local flavor on the Urban Wine Trail. Oakland’s urban wineries are housed in renovated warehouse spaces, but the wine quality is second to none. Being so close to California wine country doesn’t hurt either, as grapes are sourced from all over the state. Looking for locally produced drink options other than wine? Head out on the Oakland Ale Trail. This new breed of makers is developing flavor and style combinations that are making them stand out in the increasingly crowded world of American craft beer. There are currently 12 breweries in Oakland, with nine having tasting rooms open to the public.

Peralta Hacienda Historical Park – The six-acre park and historic house form an arts and educational hub for local families and youth, and regional center for historical inquiry and discovery. See the footprints of two original adobe structures built in 1820 and 1840 as well as a reconstruction and outline of the hacienda wall dating from the Spanish and Mexican eras. A local and state landmark listed on the National Register of Historic Places, the Peralta House (circa 1870) represents Spanish-speaking California on the cusp of a new era after the Gold Rush and annexation of California by the United States. It houses permanent and temporary exhibits.

Oakland Asian Cultural Center - The Oakland Asian Cultural Center (OACC) was founded in 1984 by a coalition of volunteers who recognized the need for a strong artistic and cultural force in the Chinatown area. Since opening its own facility in 1996 in the heart of Oakland’s Chinatown district, the OACC has presented countless high-quality cultural programs including performances, workshops, festivals, school tours, classes, and exhibitions.

Oakland Roots - The Oakland Roots will join the United Soccer League (USL), the largest and fastest growing professional soccer organization in North America, for the 2021 season. 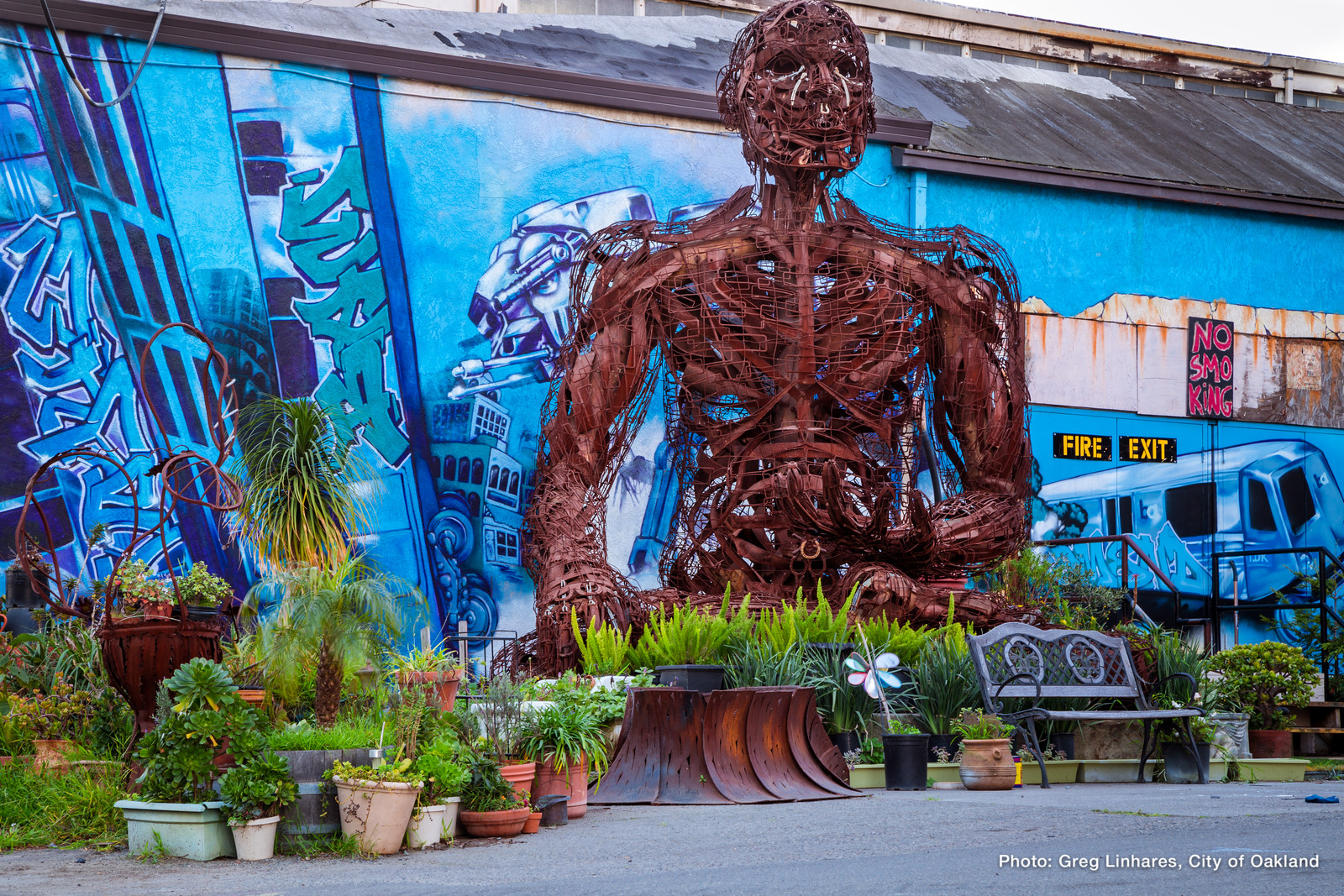 Top Large California City to Start a Business - WalletHub, May 2019﻿

Among the Best Walking Towns in America - Reader’s Digest, September 2018﻿

No. 5 among Best Cities for Diversity in STEM - SmartAsset, December 2017﻿

Among the top 30 healthiest cities in the United States - WalletHub, February 2017﻿