The City of Kalamazoo is partnering with OpenGov to bring our financial information to our community in a format that is easy to use and understand.

This page highlights financial information included in our 2020 Proposed Budget.

Follow this link to find the full 2020 Proposed Budget.

The City's Budget will be adopted at a fund level. A fund is a self-balancing set of accounts that have a common purpose. Fund accounting emphasizes accountability rather than profitability.

Further information about the City's funds can be found in the Budget Policies in the 2020 Proposed Budget.

The City's Funds are divided into two primary categories:

Further information about these funds are found in the section below.

Governmental Funds are separated into:

The General Fund is the primary operating fund for the City of Kalamazoo. In this fund, the City budgets for the City Commission Appointees, which includes the City Manager, City Clerk, City Attorney and City Internal Auditor. Other Governance departments include Management Services, Human Resources, Information Technology, and 311 Customer Service. Community departments include Public Safety, Public Services, Community Planning and Economic Development, and Parks and Recreation.

The General Fund expenses are supported by revenues from property taxes, state funding, charges for interdepartmental services and the Foundation for Excellence.

Where does the General Fund get its resources?

Property Taxes are estimated to increase by 2.60% in 2020. Of this increase property tax values are anticipated to increase approximately 2.58% from 2019 estimated taxable values. The remaining tax increase is due primarily to the change of timing in the disbursements from the State of Michigan Public Act 86 of 2013 for the City's personal property taxes. The large decrease in 2017 was due to the Property Tax Rate cut from 19.2705 mills to 12.0000, which was funded by the Foundation for Excellence. 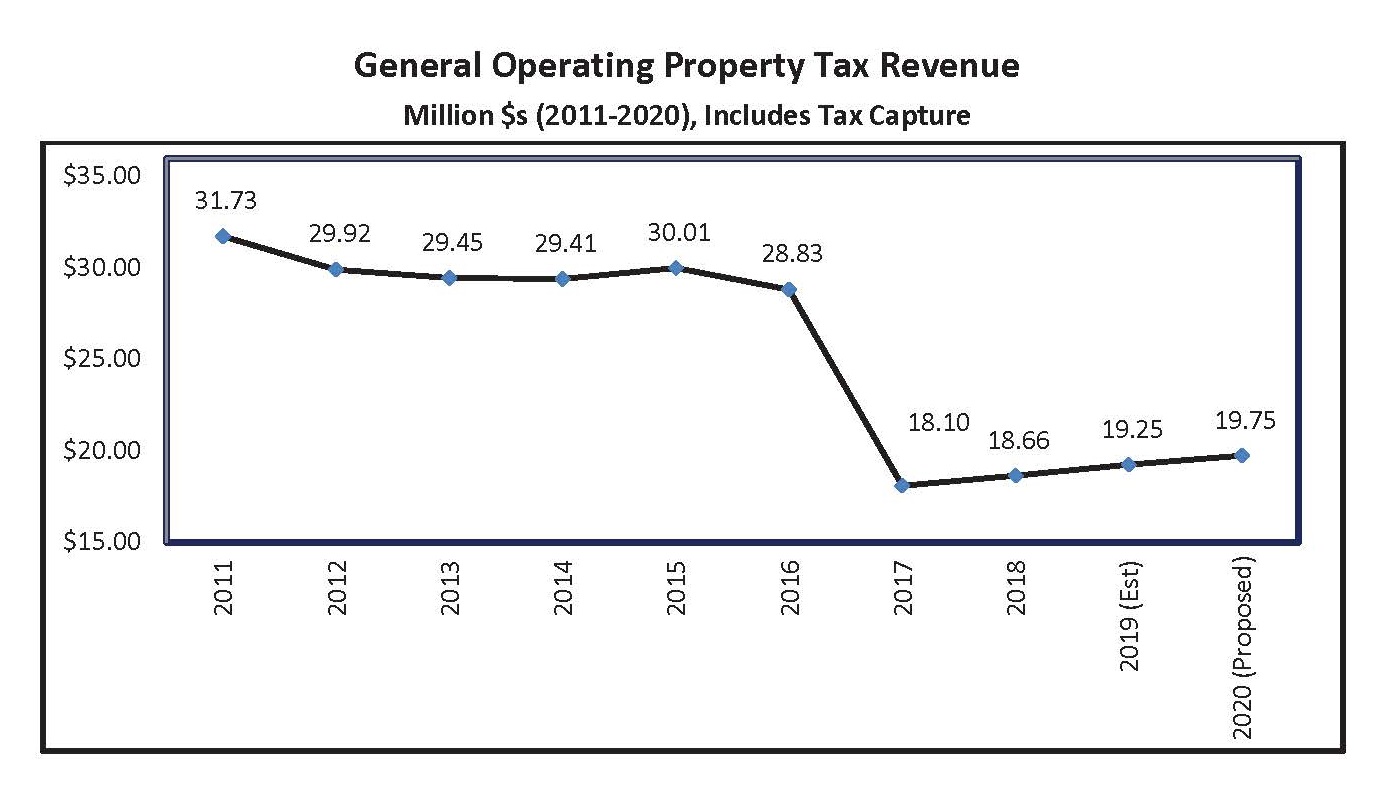 The estimated Revenue Sharing payments of $9.6 million in 2020 is an increase of 1.38% compared to 2019 projected receipts of $9.4 million. Over the past few years Revenue Sharing has had incremental growth, but remains significantly reduced from the 2001 level of $12.5M

How does the General Fund use its resources?

The total 2020 proposed expenditures for the General Fund is $67.6 million, of which $58.0 million is used in operations.

What departments use the General Fund resources?

How are resources divided between personnel, operations and other?

Personnel costs is the General Fund's largest expense. Operating costs include the supplies and services that are needed to carry out operations.

Other expenses include transfers to the capital improvement funds for payment of bonds used to pay the City's large capital projects.

The capital expenses in the General Fund are those for vehicles, equipment, and small building improvements that are funded through existing resources.

The 2020 Budget includes 655 total positions (646 full-time and 9 part-time). This reflects an increase of three positions versus the 2019 Budget to better meet the needs of the community. 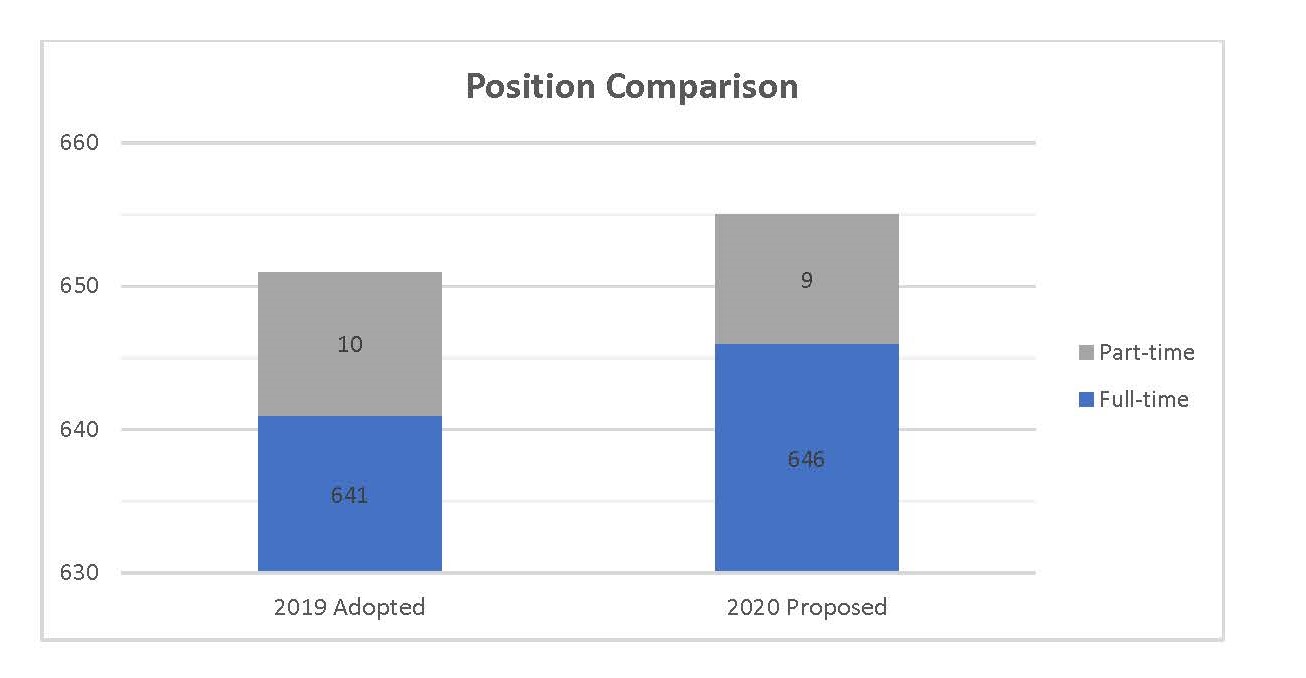 The General Fund 5 Year Fiscal plan anticipates expenses keeping pace with available resources. It is the City's goal to maintain a Fund Balance equal to 15% of Operating Revenues. The City meets that target through 2025.

An interactive report for the 5 Year Fiscal Plan is available here.

The Major Streets, Local Streets, Water, and Wastewater Fund supports their capital improvement as programs within the funds.

The Major Streets and Local Streets capital improvements are funded by federal programs, state grants, or bonds that are paid through the use of State of Michigan Act 51 Road Funding.