About the Smart City Program

The Ipswich Smart City Program was a series of projects developed to address a range of Ipswich challenges and opportunities.

A Smart City Blueprint and Implementation Plan was delivered in 2016.

The development of the plan included a peer city and technology review tour by a number of council representatives.

Between 2015 and 2020, Ipswich City Council invested just over $4.6 million in the Ipswich Smart City Program. For more information click here 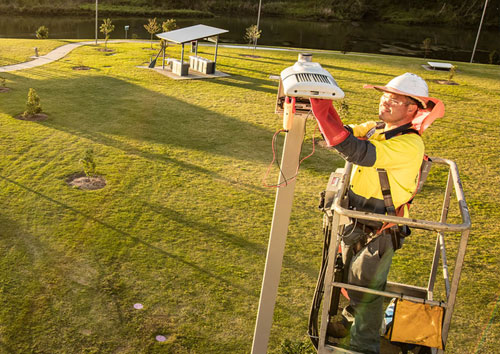 The Pilot Precinct project involved trials of a sensor network and using innovative equipment such as remote utility management systems. It included sites at the Rosewood Showgrounds, North Ipswich Reserve, and Robelle Domain.

The Smart City Data Platform was developed to analyse and integrate data from the Pilot Precincts with council’s enterprise systems, and share it with other organisations and the public.

These two key projects were managed by the City Digital Office in 2016 and 2017.

Additional projects were also advanced over this period by a range of teams across council and with partners, including the Cooperative and Automated Vehicle Initiative, Fire Station 101 Innovation Programming, Digital Skilling, Public WiFi Network, and Smart Lighting.

Several other projects were trialled and either discontinued or adapted into operations during this period. The Smart City Program was de-prioritised following former Mayor Pisasale’s resignation in 2017 and the subsequent dismissal of council in 2018.

It was further de-prioritised during the period of Administration in 2018 and 2019. The City Digital Office was dissolved in 2020.

The Pilot Precincts and Smart City Data Platform have continued to operate, with minimal new investment since their launch.

Projects such as the Cooperative and Automated Vehicle Initiative and Fire Station 101 Innovation Programming are also being managed within ongoing council operations. 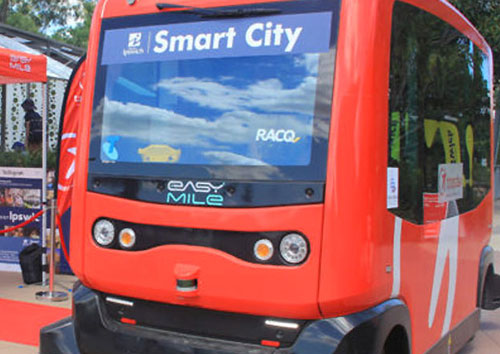