Here is how the development, which has its origins in 2009, has taken shape through the years.

See below for a year by year narrative of the development from 2009 to current day. You can also explore financial data further below.

To see what events and activities are taking place in the Nicholas Street Precinct please click here.

Council proposes a plan to form a commercial company – Ipswich City Properties (ICP) – to buy Ipswich City Square from its Singaporean owner Memo Corp with a view to redeveloping and reactivating the city’s CBD.

With ICP established, Ipswich Square is purchased from Memo Corp with a State Government loan of $45 million. 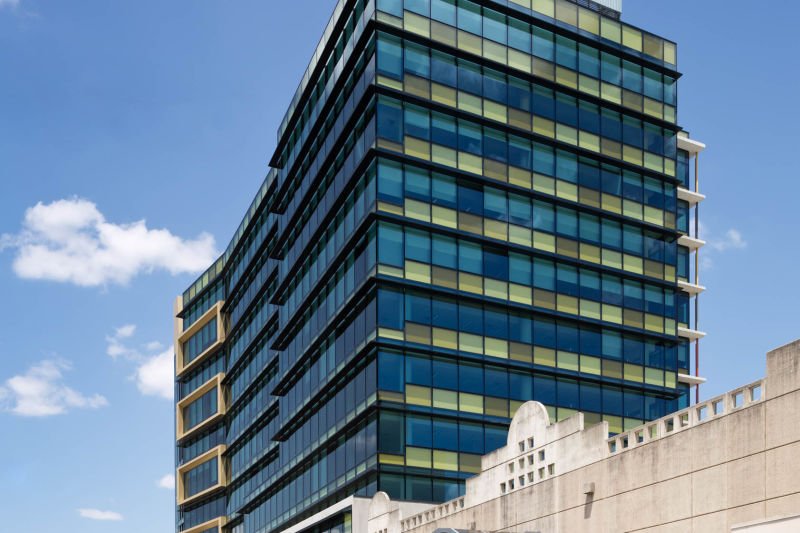 Nine-storey Icon Tower 1 construction begins on the corner of Bell and Brisbane streets. It follows an earlier commitment in 2008-09 by the then Bligh government to shift 1,200 public servants to Ipswich by 2012. 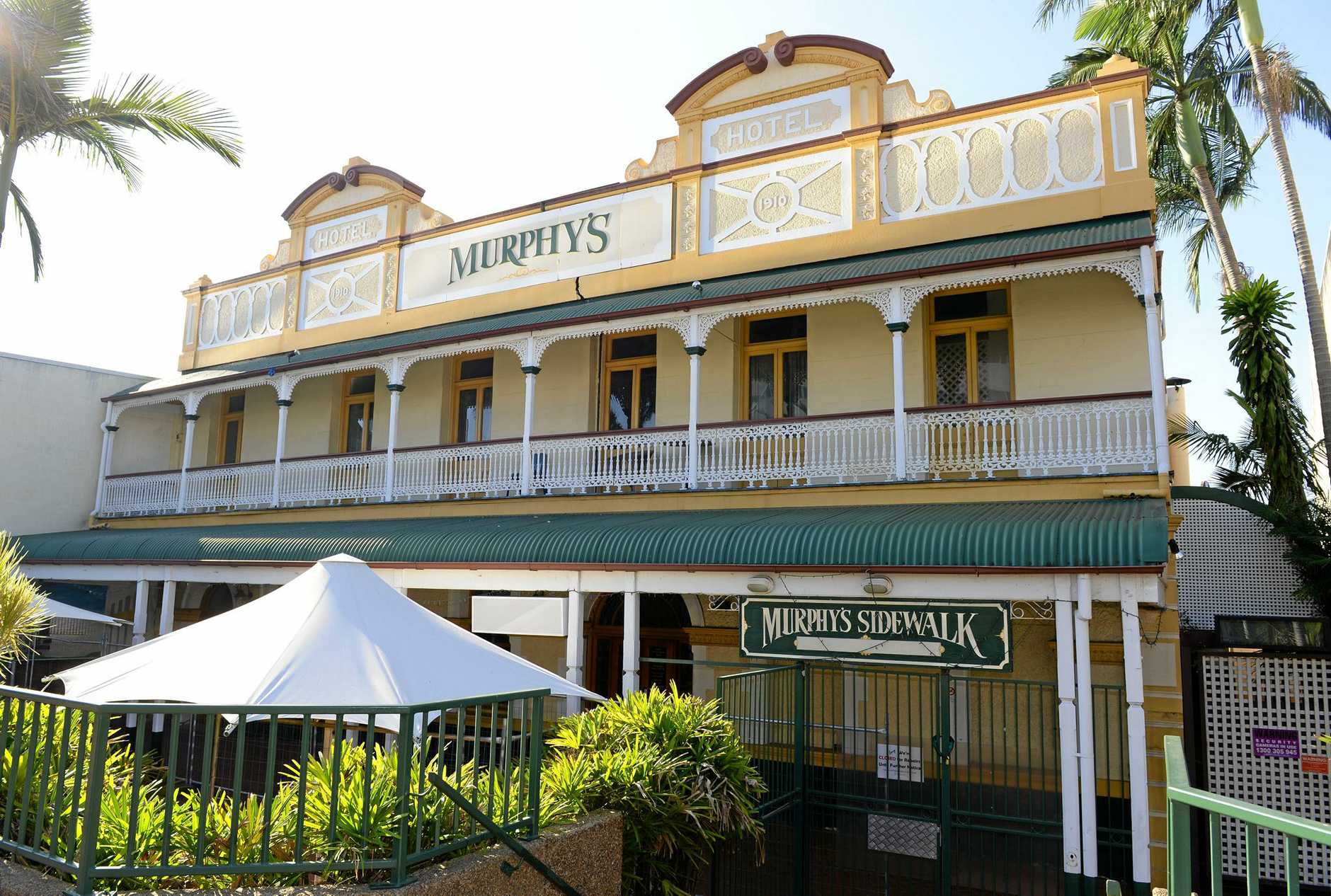 ICP purchases Murphy’s Hotel, formerly known as the Commonwealth Hotel. The hotel is found to be subsiding as a result of works carried out by Kern Corporation in the mid-1980s during the Ipswich Mall development.

A decision is made to close the hotel in late 2014 pending further works.

ICP announces plans to relocate the Ipswich Central Library and council’s administration building to new, purpose-built facilities in Nicholas Street, and the construction of a large civic plaza.

The plans also call for a water feature with two proposals on the table - a lagoon similar to Springfield’s Orion Lagoon or a raised pool overlooking the city.

Dining, retail and entertainment are also expected to become part of the overall vision.

Following the announcement, a series of pop-up engagement activities are held to understand what the community would like to see in their CBD and how the spaces could be activated.

Reports were developed based on the engagement and submitted to ICP for consideration into the redevelopment project. 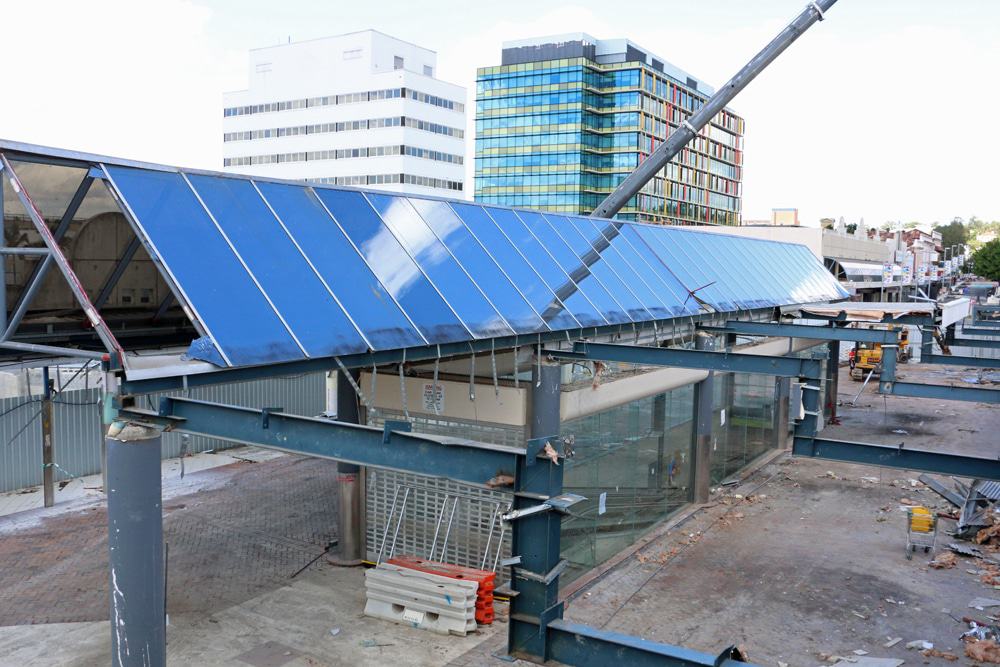 On-the-ground work begins in June with the initial demolition of Ipswich City Square getting underway at the Bremer River end of the space.

A month later, in July, work to carefully deconstruct Murphy’s Pub begins. The deconstructed pieces are moved to storage off-site for reconstruction at a later date.

In February, a decision is made to cancel the development contract with epc.Pacific. Ipswich City Council pays $7 million to compensate for the contract cancellation and for work already completed.

This property includes a mixture of retail space, which is now known as Metro B, as well as commercial space.

In July, accounting firm Deloitte is commissioned by ICP to assess the economic and social impacts of the redevelopment project.

Main themes to come out of community consultation include:

Summer time play: A destination for play with challenging and creative play equipment for children as well as adventure play for young adults.

Entertainment: A flexible open space for events such as arts workshops, food fairs and moonlight cinema.

Community facilities: The integration of indoor and outdoor breakout spaces and connections to public transport.

In August, the State Government dissolves Ipswich City Council and appoints an Interim Administrator who upon beginning in the role announces a plan to review the operations of council companies and restart the CBD redevelopment.

In October, the future of ICP is decided. Council, through the Interim Administrator, resolves to start the process of integrating the assets and operations of ICP into Ipswich City Council and to wind up ICP.

In November, JMAC is engaged to carry out works in Nicholas Street and Union Place, including the design and construction of Nicholas Street, the new civic plaza and adjoining landscape.

The new one-way Nicholas Street road begins. As part of this work, landscaping, trees and street furniture is constructed and installed.

In March, Specialist Advisory and Restructuring firm McGrath Nichol produces a report into the total costs and activities associated with the Ipswich CBD redevelopment by ICP, including costs incurred when winding down ICP. The report offers a point in time look at the redevelopment.

Also this month, KPMG is engaged by council to independently review and provide recommendations regarding the business case for the retail spaces in the precinct.

These recommendations take into account previous community feedback which suggested four main themes as being important to the community.

Summer time play: A destination for play with challenging and creative play equipment for children as well as adventure play for young adults.

Entertainment: A flexible open space for events such as arts workshops, food fairs and moonlight cinema.

Community facilities: The integration of indoor and outdoor breakout spaces and connections to public transport.

At the same time, community engagement is being undertaken to identify aspects of Indigenous culture which could be incorporated into the CBD public art plan. A report is produced by Black Drum and submitted to council for consideration.

In October, council commits to helping CBD traders through the redevelopment by providing a monetary contribution to their marketing budgets. 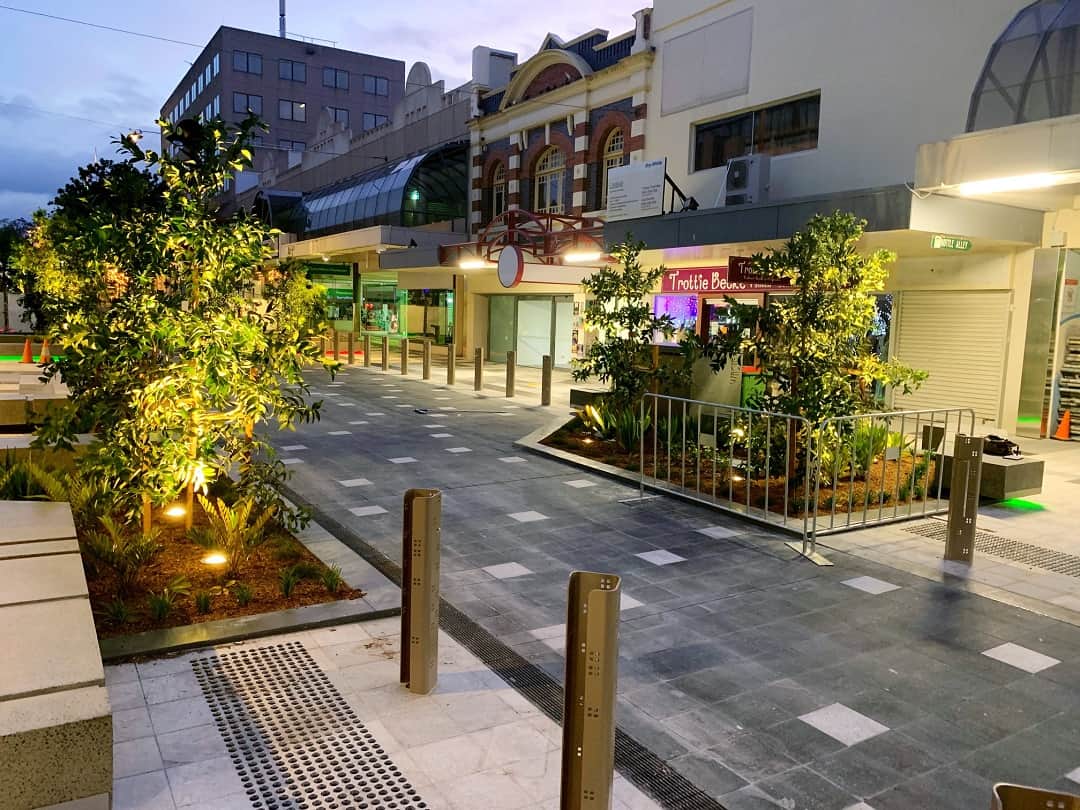 In February, council engages CoDesign Studio to develop and deliver a report analysing and confirming previous assessments of the different precinct areas.

In June, a place making, events and activation plan is produced by Roberts Day.

This is followed by community engagement through the Places and Spaces campaign in September, with the community putting forward name suggestions for various spaces in the Ipswich CBD including the new main library, administration building and civic plaza.

The suggested names are put to council, with the first names endorsed and released publicly, including Tulmur Place for the new civic plaza. Tulmur is selected because it means Ipswich in the universal Indigenous language.

On 28 November, a major milestone is marked with the official opening of Nicholas Street.

On 7 December, another major milestone is reached with the opening of the new Ipswich Central Library. 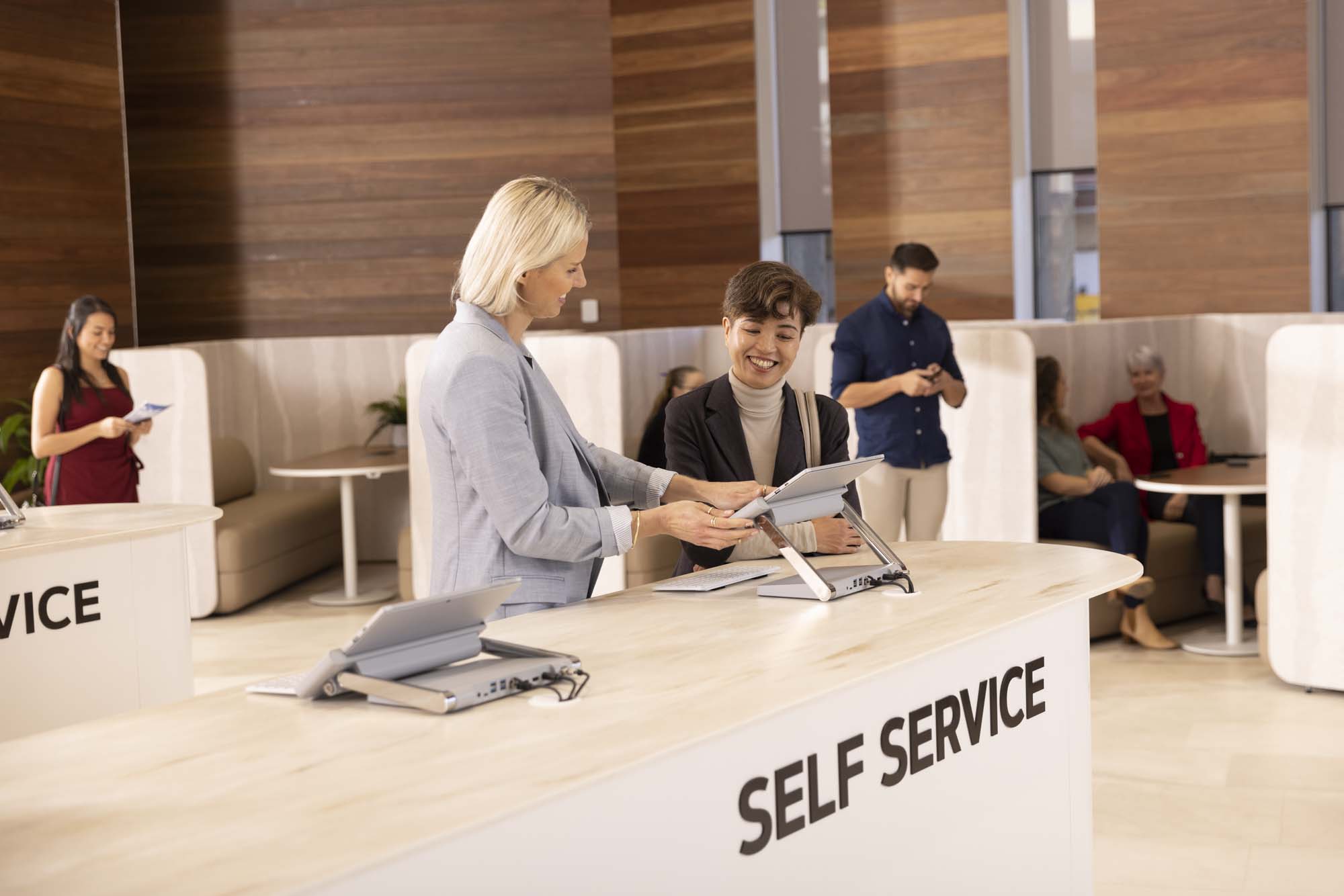 On 28 June, council welcomes residents and ratepayers back to the city centre with the official opening of the new administration building and customer service centre, 1 Nicholas Street.

The 1 Nicholas Street building is delivered three months ahead of schedule and $1 million under budget, at a cost of about $125 million.

It includes new self-service kiosk technology as well as meeting, event and conference spaces available to the community, plus new council chambers with a 70-seat capacity.

The opening paves the way for West Moreton Health to progress its plans for a dedicated health services precinct around Roderick and South streets.

Information about Council services can be found on Council's website 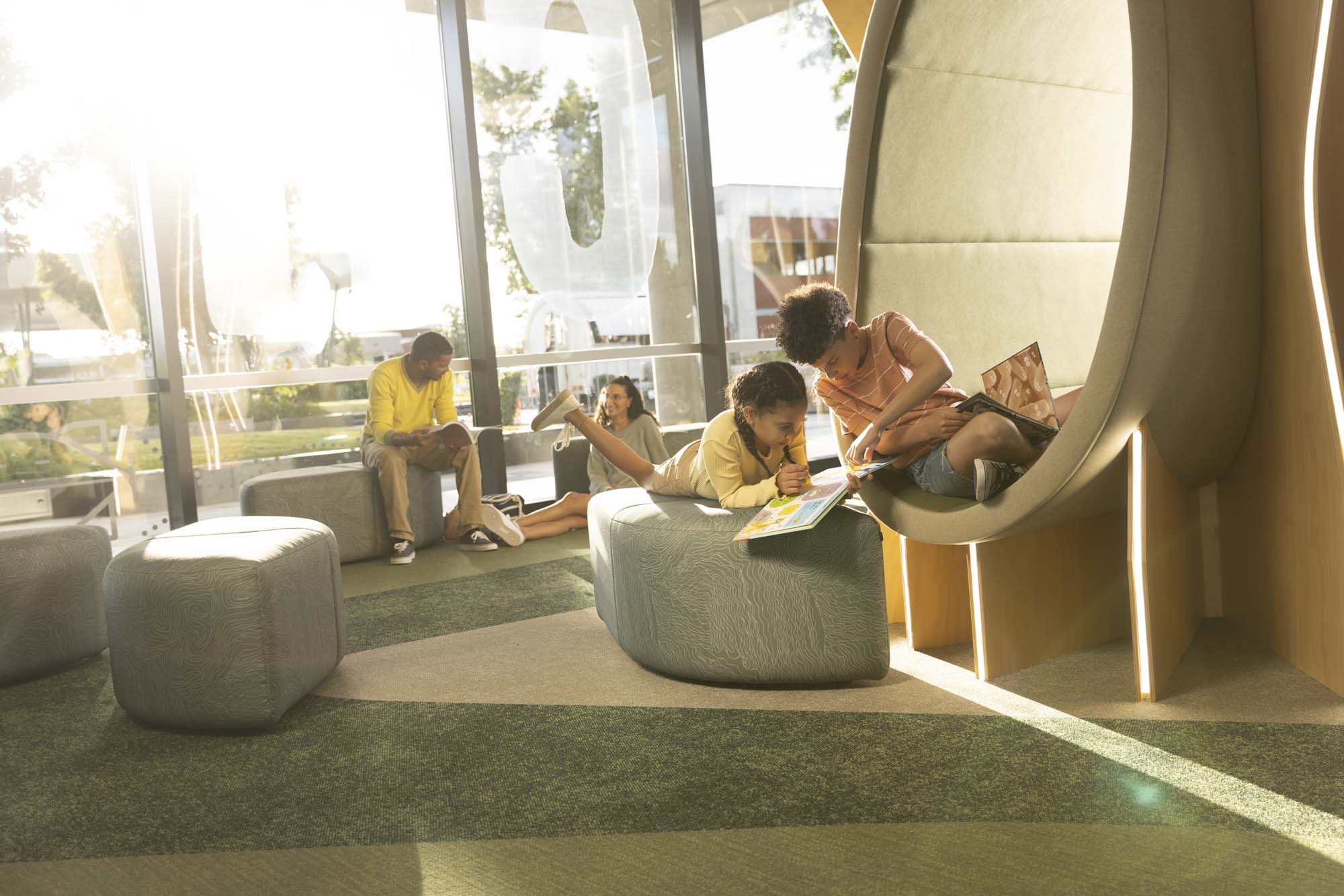 On the same day as 1 Nicholas Street is opened, families are welcomed into Australia’s first dedicated children’s library on the building’s ground floor.

The Ipswich Children’s Library is a purpose-built facility providing learning opportunities fit for the digital age and a library experience unlike any other in the country. The library is specially designed for children up to age 12 with more than 35,000 items, innovative technology and digital experiences as well as two life-sized dinosaurs.

Also in June, restoration works to the Commonwealth Hotel reach practical completion. The Ipswich Central Redevelopment Committee endorses a recommendation to extend the Commonwealth Hotel to the rear to increase its footprint which will require up to $5 million of further investment. It follows market feedback that the base building is not of sufficient size for a contemporary, inner-city pub/hotel offering. 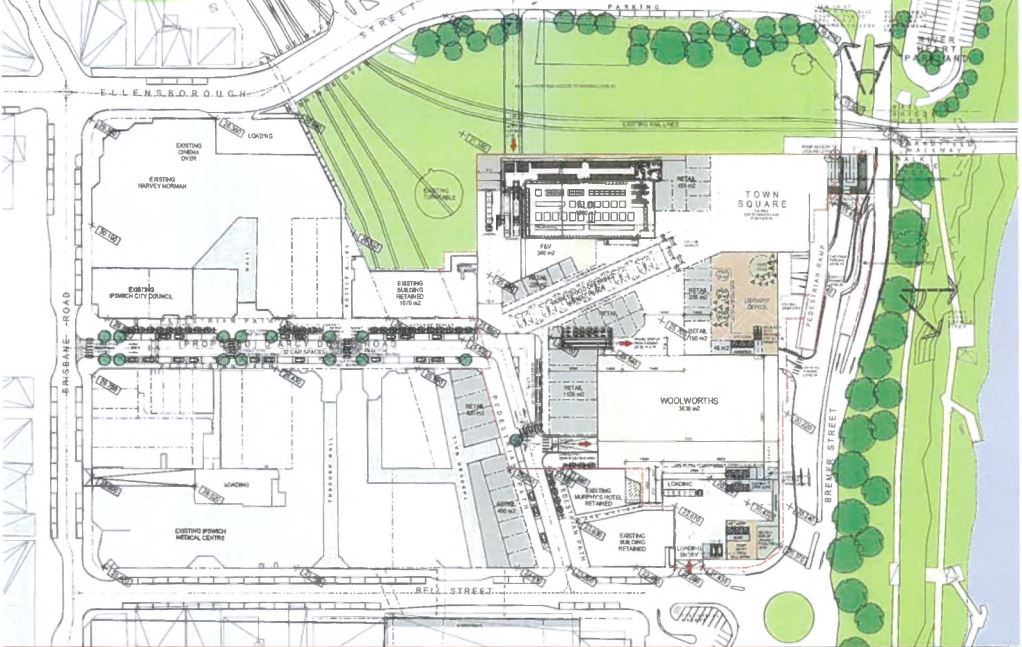 See how the CBD Redevelopment has evolved through design 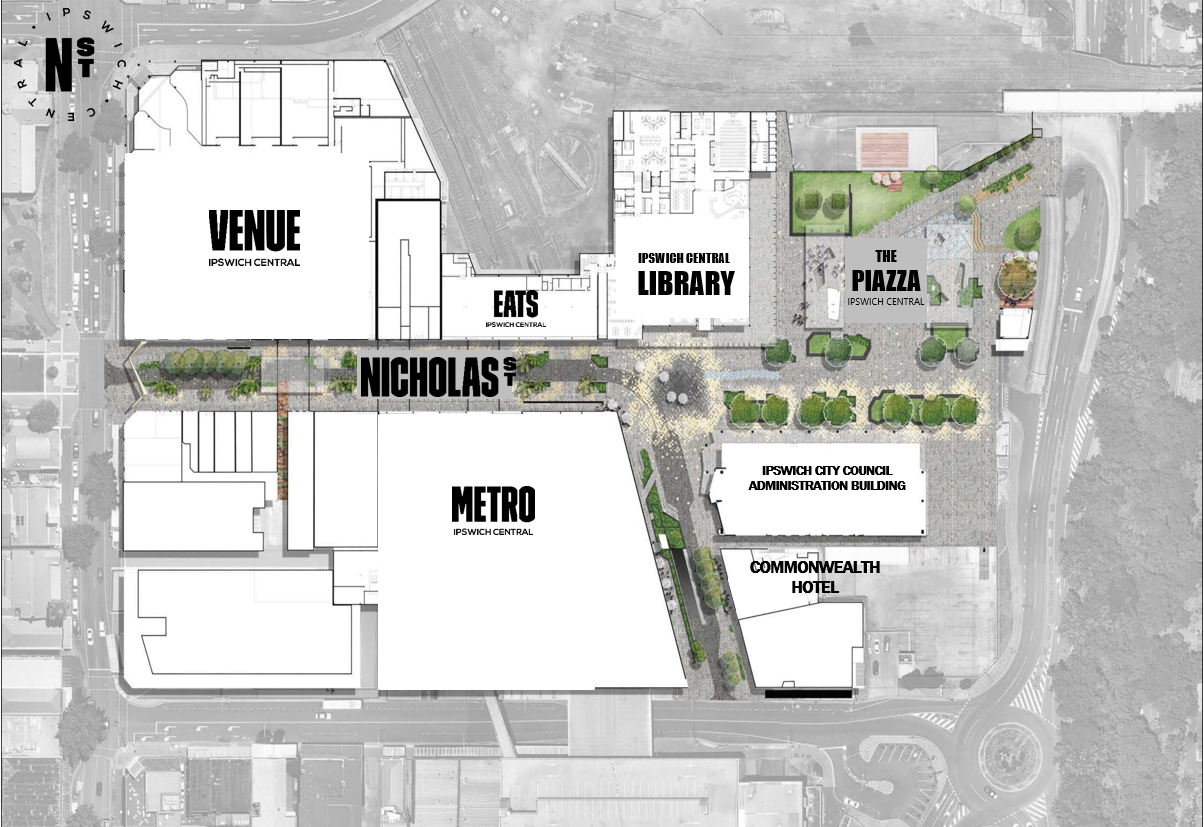 Council has provided the financial data associated with the CBD redevelopment project since its inception in 2009. This data includes transactions from both ICP and Council. The views below have been set up to provide you with an understanding of where the money has been spent. However the aggregate spend for any project should not be considered representative of any accounting, market or sale value.

The financial data has been collated from multiple finance systems across Council and ICP. Council has used its best endeavours to extract all relevant data relating the CBD Redevelopment project, however the completeness of the data set cannot be assured. Within the financial data there are fields which display "Data not available". The data may not be available due to the aggregation of data from multiple systems, or some data, which may identify individuals or companies, has been masked for legal and/or privacy reasons. Certain data is required to be masked as council must comply with relevant legislation.

Please be aware that whilst care has been taken to review the large volume of transactions and remove any identifying data, it may be possible that inaccuracies, inconsistencies or identifying items may remain in the data.

This data shows the initial purchase of the Ipswich Square from Memo Corp.

This data shows the revenue and costs related to the operation of the CBD properties.