Every decade since 1790, the United States has conducted an “actual enumeration” of the persons living in the country as required by Article I, Section II of the U.S. Constitution. The Equal Protection Clause of the United States Constitution has been found to guarantee to the right of “one person, one vote” to municipal residents, such that a municipality must redraw its districts periodically to maintain equal population.

Official redistricting-level data (known as “P.L. 94-171” data) was delivered to states and municipalities on September 16, 2021. According to that data the population of Fort Myers has increased 38.7% from a population of 62,298 in 2010 to a population of 86,395 in 2020. A population increase of this size is highly likely to result in city commission districts with unequal populations, necessitating the re-drawing of districts to maintain compliance with the United States Constitution and the Voting Rights Act.

The Public Process of Redistricting

Redistricting is a public process. The final ward boundaries are selected by a majority vote of the city council at a public hearing that has been advertised and publically noticed according to state law.

Once adopted the final new ward map will be sent to the local supervisor of elections office to begin the voter precinct updates for the 2022 elections.

The public is encouraged to participate in this important once-in-a-decade update to our city ward boundaries. There are many ways to be part of the redistricting process.

Email - submit your questions or map suggestions to the email: redistricting@cityftmyers.com

Public Meetings - Attend one of the many public meetings listed below.

Additionally, you can contact your local elected Council Offices

Download the current set of maps being reviewed by city council

This final set of candidate maps have been selected by the city council. The proposed maps will also be presented at various public meetings to obtain public input and answer questions about the process.

A web map has been created. You can zoom into any area and see the street names and property lines. Click on the layer button, and you will see a list of all the candidate maps.

Large Format Maps - (Caution Large File) - This file contains a large format map for each of the five candidate maps.

This packet contains all of the maps that were reviewed by the city council during the November 17th public session at the Southwest Florida Enterprise Center. Maps 1,3,5,10,11 were selected as final candidantes. 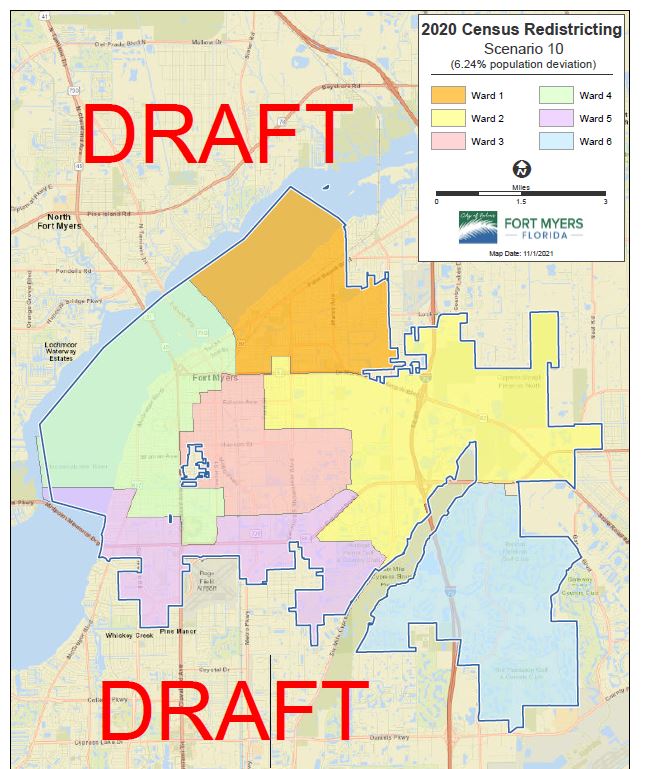 About The Data - Public Law Dataset

The City of Fort Myers is using the PL94-171 Dataset to update the City Ward boundaries The dataset is provided publicly on the U.S. Census Website

Public Law (P.L.) 94-171, enacted by Congress in December 1975, requires the Census Bureau to provide states the opportunity to identify the small area geography for which they need data in order to conduct legislative redistricting. The law also requires the U.S. Census Bureau to furnish tabulations of population to each state, including for those small areas the states have identified, within one year of Census day.

The PL94-171 dataset uses Census Blocks to report population and demographic data. The Census Block is the smallest resolution (area) the Census provides and is the basis of redistricting.

Download the City of Fort Myers 2020 Census Blocks Here This data is provided in geographic Shape File (.shp) which is used by many common mapping or Geographic Information Systems (GIS). 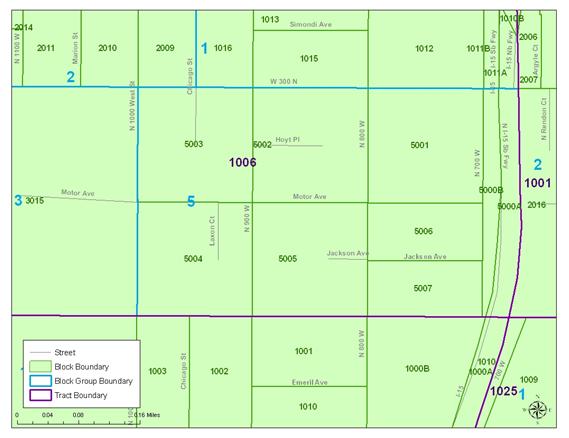 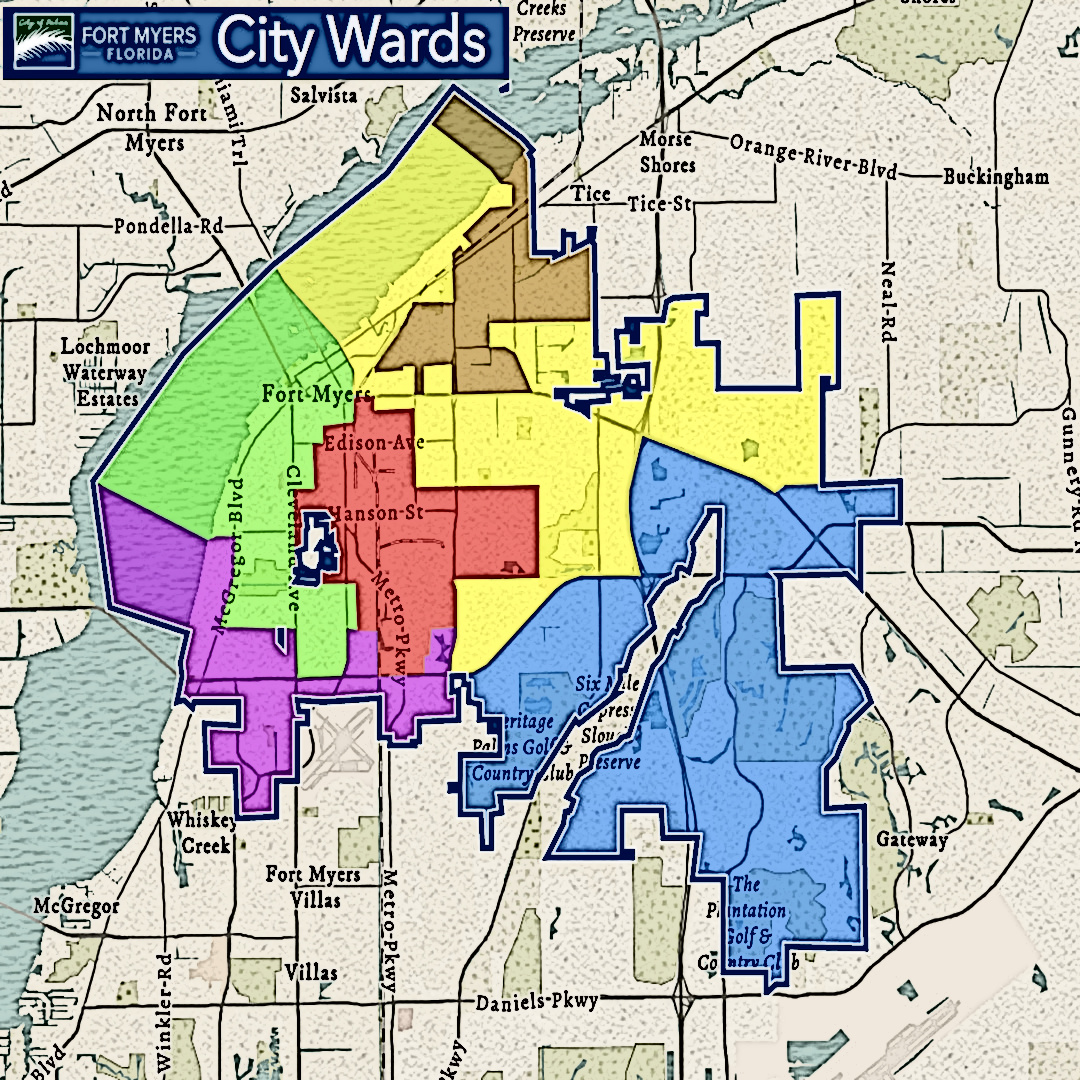 As noted above, the City of Fort Myers increased nearly 39% in total population from 2010 to the 2020 Census. This population growth was not uniform. Each Ward grew at a different rate and demographic changes over the decade make redistricting more challenging.

The city also changed demographically over the last decade. Some demographic groups experienced significant increases, while others declined.

Florida has adopted laws governing the redistricting process. The most traditional of these considerations are compactness and contiguity.

Other commonly considered redistricting principles include:

The Voting Rights Act (“VRA”) was enacted in 1965 to protect the constitutional guarantee that “the right of citizens of the United States to vote shall not be denied or abridged by the United States or by any State on account of race, color, or previous condition of servitude.” The statute has since been amended and now protects against discrimination in the redistricting process based on three protected characteristics: (1) race, (2) color, and (3) membership in a language minority.

In order to protect against “vote dilution,” the VRA sometimes requires the creation of “minority-majority districts” (a district in which the majority of voters are members of a politically cohesive racial, ethnic, or language minority) during the redistricting process. “Vote dilution” can occur in multiple ways, but most commonly it occurs in the form of either dispersing the members of one faction into multiple districts so that they cannot influence the outcome of elections or by over-concentrating members of a political faction into as few districts as possible to minimize the number of districts they are able to influence.