Welcome to another edition of Backyard Brief! There is a lot happening in the New American Backyard this month! In this issue, you will learn more about how to participate in Dublin's district-based election process; a new quarterly community meeting with Mayor Melissa Hernandez and City Councilmembers; how to view the Mayor's 2022 "State of the City" address; the public review period for the Draft 2023-2031 Housing Element; upcoming fine arts programs; and more! 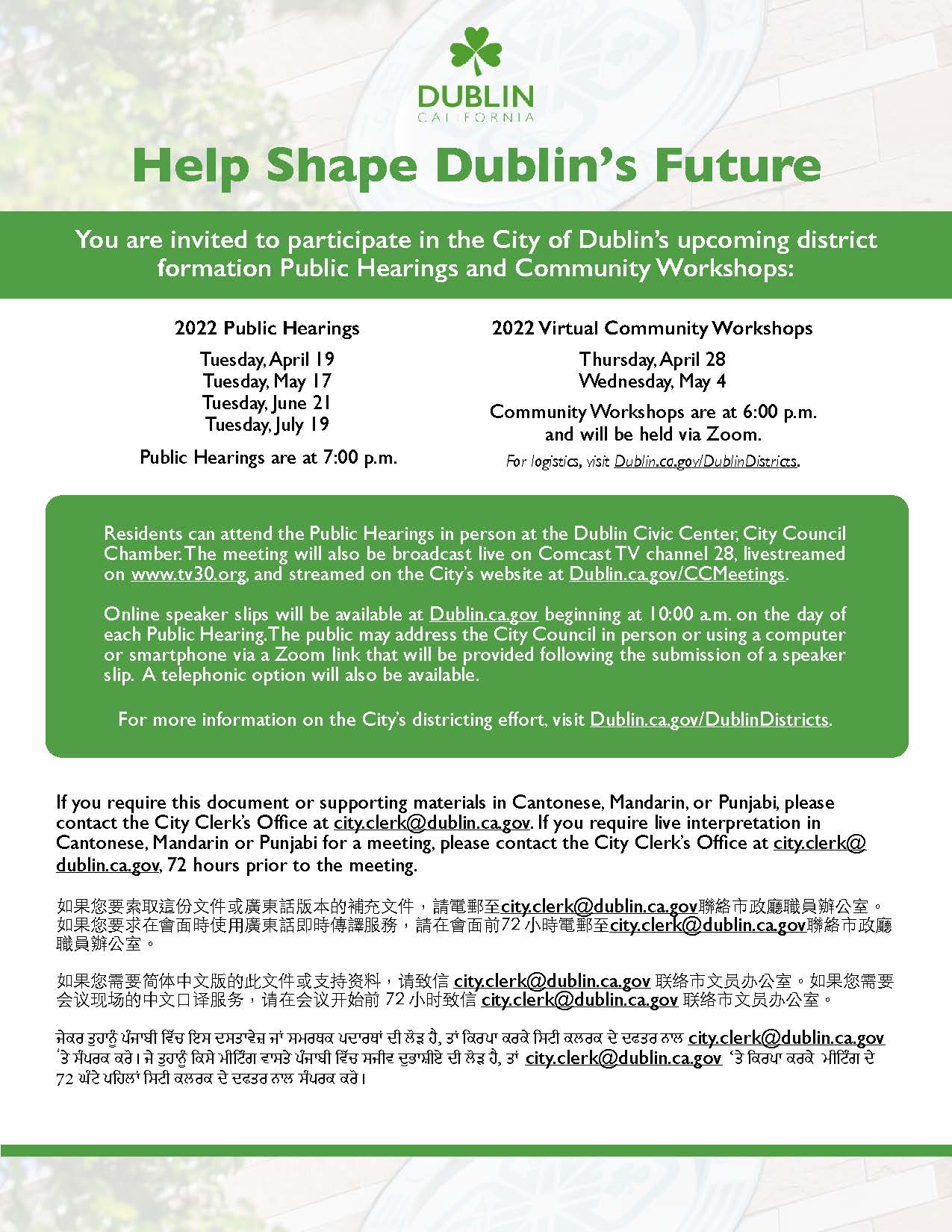 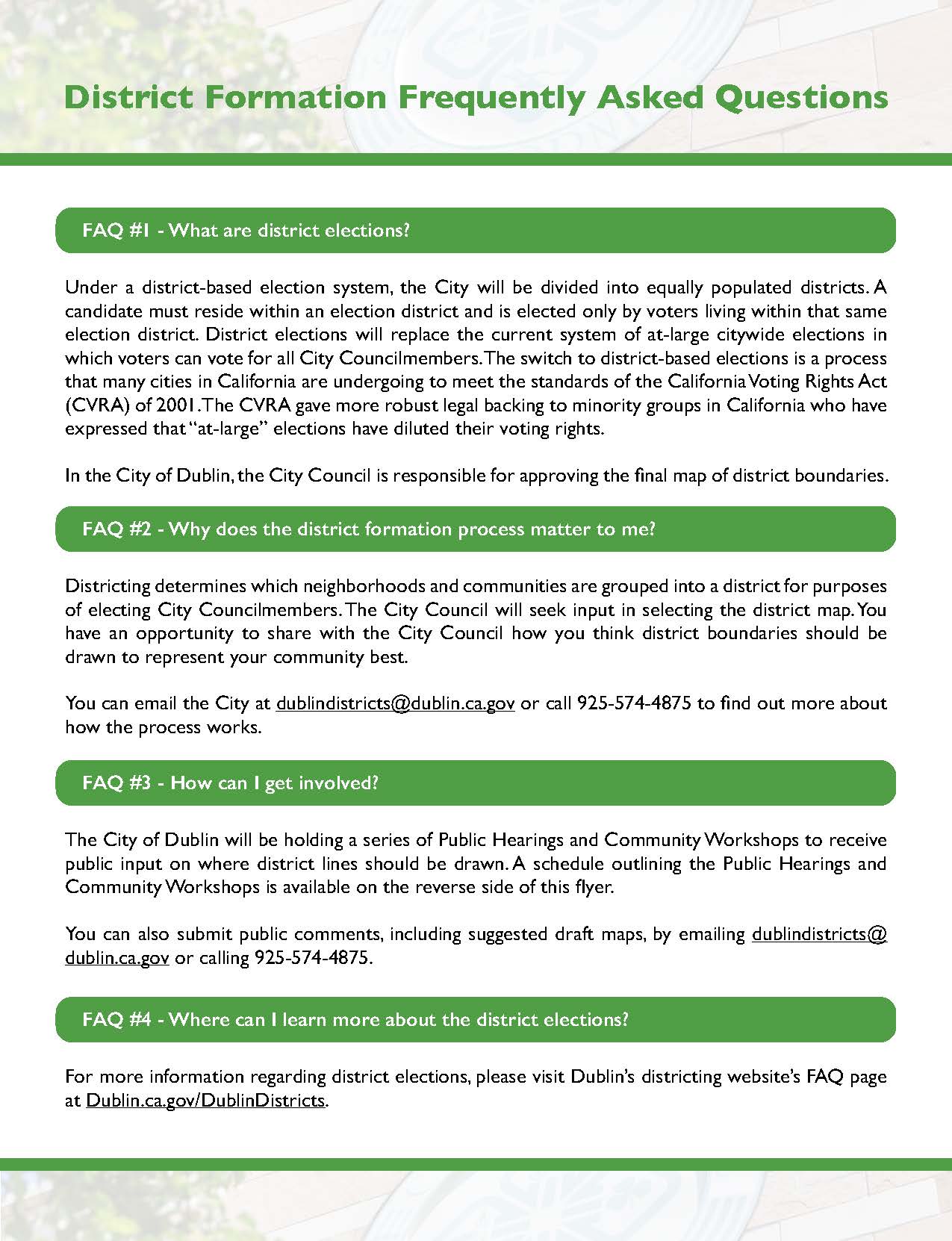 The City of Dublin has begun its public outreach efforts following the February 15 decision of the City Council, declaring its intent to transition to district-based elections beginning in 2024.

Currently, Dublin elects four City Councilmembers and the Mayor at-large. Under district-based elections, the City will be divided into four separate districts of equal population. Dublin voters will vote for one Councilmember who resides in their district to represent their district as a whole. The office of Mayor will continue to be elected at-large by all City voters.

The City Council is holding a series of public hearings to receive community feedback on the proposed composition of districts. The first public hearing was held on Tuesday, April 19, during the regular meeting of the Dublin City Council, and the first workshop was held via Zoom on April 28, with a number of residents participating in the process. Visit www.dublin.ca.gov/dublindistricts for recordings and presentations. The City encourages the public to provide input to ensure "communities of interest" are taken into account during the district drawing process. A "community of interest" is a neighborhood or community that would benefit from being in the same district because of shared interests, views, or characteristics.

A second workshop will be held in person on Wednesday, May 4, at 6:00 p.m., at The Wave (4201 Central Parkway). Additionally, City Staff will be at the Dublin Farmers' Market every Thursday in May and June to provide information about the process, and paper maps will be available for residents to draw draft maps of proposed districts. Online mapping tools can be found at www.dublin.ca.gov/dublindistricts.

The first set of draft maps will be drawn before at least two additional public hearings are held for the community to provide input regarding the content of the draft district maps. Upcoming public hearings:

The switch to district-based elections is a process that many cities in California have undergone and are currently undergoing to meet the standards of the California Voting Rights Act (CVRA) of 2001. The City of Dublin received a letter on January 4, 2022, challenging the City's current election method. The letter asserts that the City’s at-large election system violates the CVRA and demands that the City change its at-large voting system to a district-based election system. 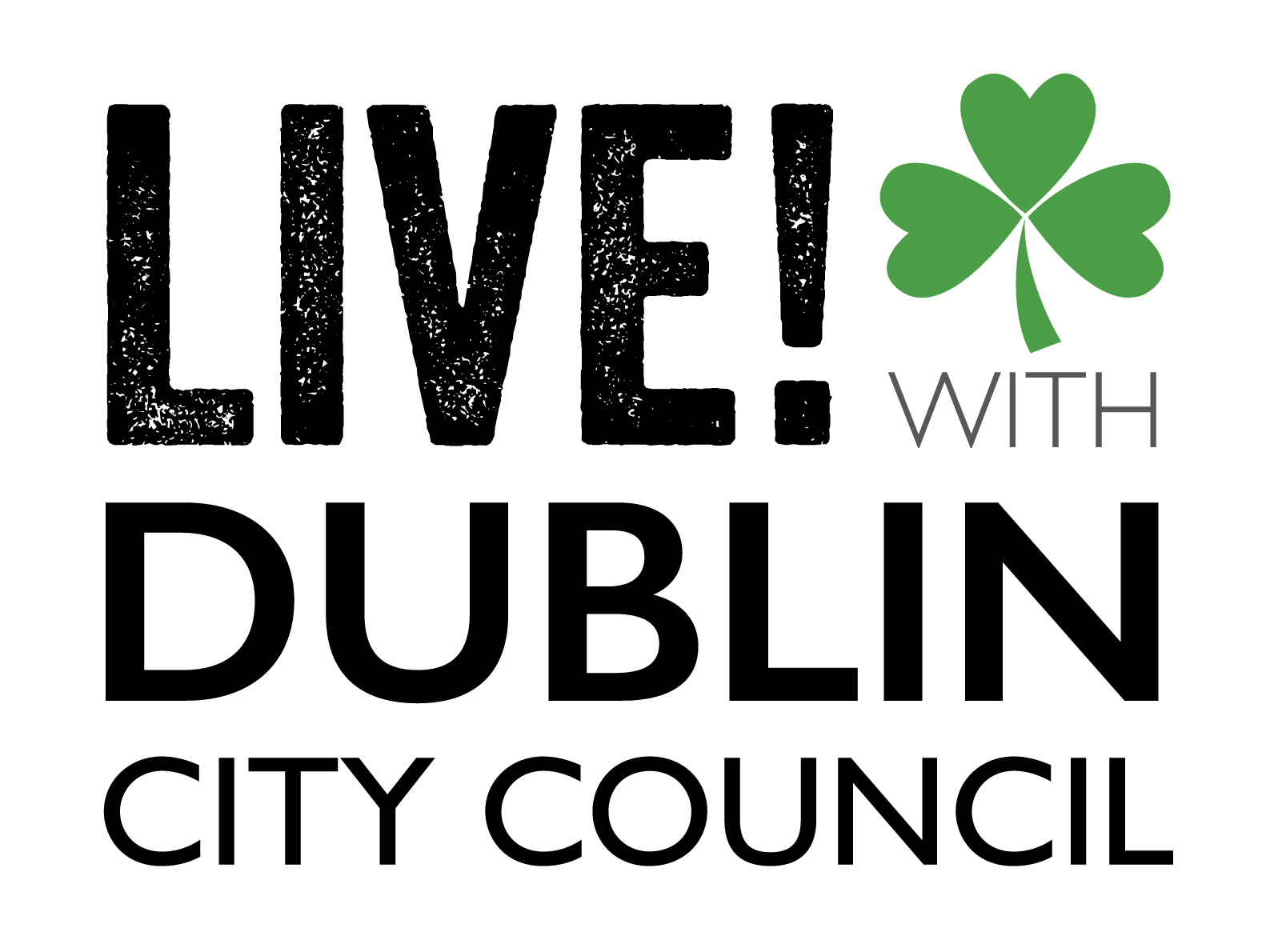 The City of Dublin is excited to announce Live! With Dublin City Council, a series of quarterly Community Meetings. These informal meetings will provide residents an opportunity to learn about City projects and programs, as well as an open forum for residents to ask questions and share comments with Mayor Melissa Hernandez and a City Councilmember.

Vice Mayor Jean Josey joined Mayor Hernandez at the inaugural meeting held on May 2. At that meeting, the Mayor shared an abridged version of her recent "State of the City" presentation.

The next "Live! With Dublin City Council" event will take place on Monday, August 1.

Mayor Melissa Hernandez presented the 2022 State of the City Address at an event hosted by the Dublin Chamber of Commerce on Wednesday, April 20. The Mayor provided details about the City's financial affairs, as well as information on current and future development projects, updates on future City parks, upcoming events, and more. The full Dublin State of the City Address can be viewed throughout the month of May at tv30.org. 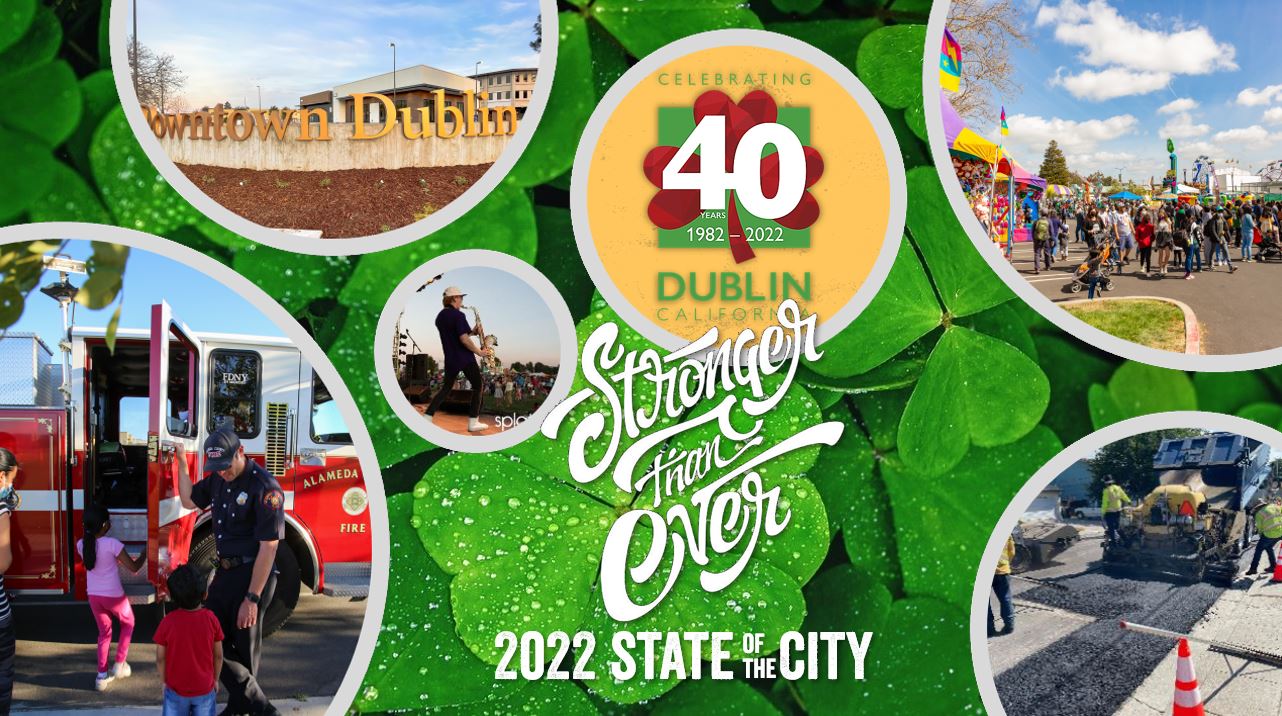 The State of California requires that the City Council adopt a comprehensive, long-term General Plan for the physical development of the City. The Housing Element is one of seven mandated elements of the General Plan and must be updated every eight years to address existing and projected housing needs for all economic segments of the City. Housing need is determined through the Regional Housing Needs Allocation (RHNA) process. 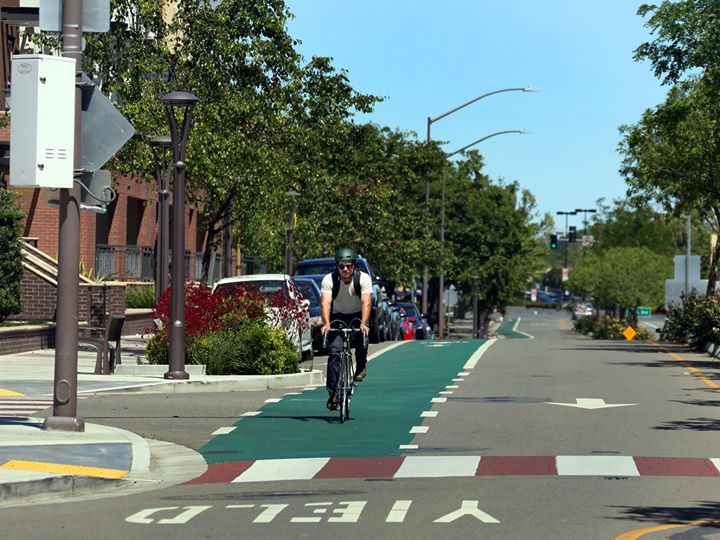 May is National Bike Month!

The City of Dublin will celebrate National Bike Month with a number of activities:

This FREE class run by Bike East Bay is for adults and teens who would like to learn how to ride a bike or get a refresher on the basics of balancing, pedaling, and steering. A functional bike and helmet are required to participate. For more information or to register, visit https://bikeeastbay.org/Education.

Bike to Wherever Day & Bike to Work Day

Bike to Wherever Day is a regional Bay Area event that raises the visibility of bicycling and encourages more people to make healthy, active transportation choices on their way to work, or wherever. Be sure to map your Energizer Station route to pick up your Bike to Wherever Day tote, and don’t forget to take the Tri-Valley Pledge to Ride to be entered into a raffle. Find your energizer station and make the pledge at https://bikeeastbay.org/events/bike-wherever-day-2022.

Ride your bike to the Dublin Farmers’ Market at Emerald Glen Park to receive $5 in “Carrot Cash” to use on locally sourced goods or produce at the Market. Participants can collect their "Carrot Cash" at the City's information table.

The City of Dublin is also in the process of updating its Bicycle and Pedestrian Master Plan. This Plan update will focus on making walking and biking more convenient and accessible throughout the City, and giving residents better access to open space, shops, work, public transit, and school. Please offer your feedback on the Plan through an online survey at https://dublinbikeped.org.

For information about the City of Dublin's bike and pedestrian programs, visit: https://dublin.ca.gov/313/Bike-Pedestrian-Programs 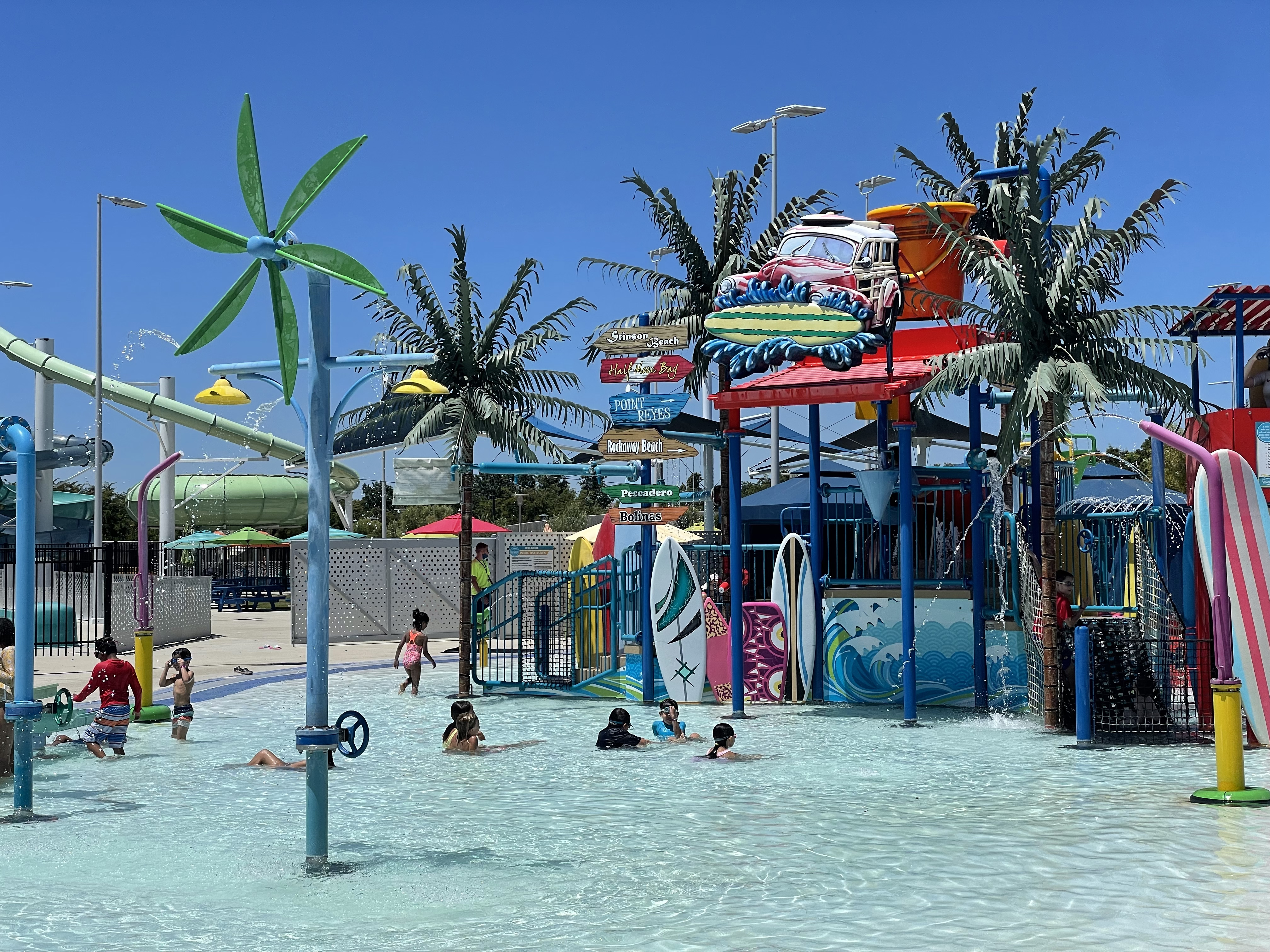 The Wave Opens Saturday, May 28, for Summer Fun in the Sun!

The Wave Waterpark will reopen for summer fun on Saturday, May 28, for Memorial Day weekend. Doors open to the public at 11:00 a.m. After Memorial Day weekend, waterpark operations will run daily, 11:00 a.m. to 6:00 p.m., from Saturday, June 4, through Friday, August 5. Once school resumes in August, it will be open on weekends only, August 6 through Labor Day, September 5.

Beginning Tuesday, May 3, waterpark tickets will be available for online pre-registration, and summer birthday party reservation requests will also open for booking. Tickets and reservations can be made at DublinRecGuide.com. Visit thedublinwave.com or call (925) 574-4800 for more information.

To achieve goals in Dublin’s Climate Action Plan 2030 and Beyond and California’s Senate Bill 1383, the City of Dublin is recruiting a team of Resource Recovery Ambassadors. Volunteers will talk to community members about composting facts, the City’s waste reduction goals, and sorting tips at “Zero Waste Stations” during the Dublin Farmers’ Market at Emerald Glen Park.

Volunteers will receive Carrot Cash to use on locally sourced goods and produce at the Farmers’ Market for giving up their time to participate in this project. Anyone under the age of 15 must be accompanied by an adult, and all volunteers must provide a volunteer waiver signed by parents or guardians.

To volunteer as a Resource Recovery Ambassador, complete this form. 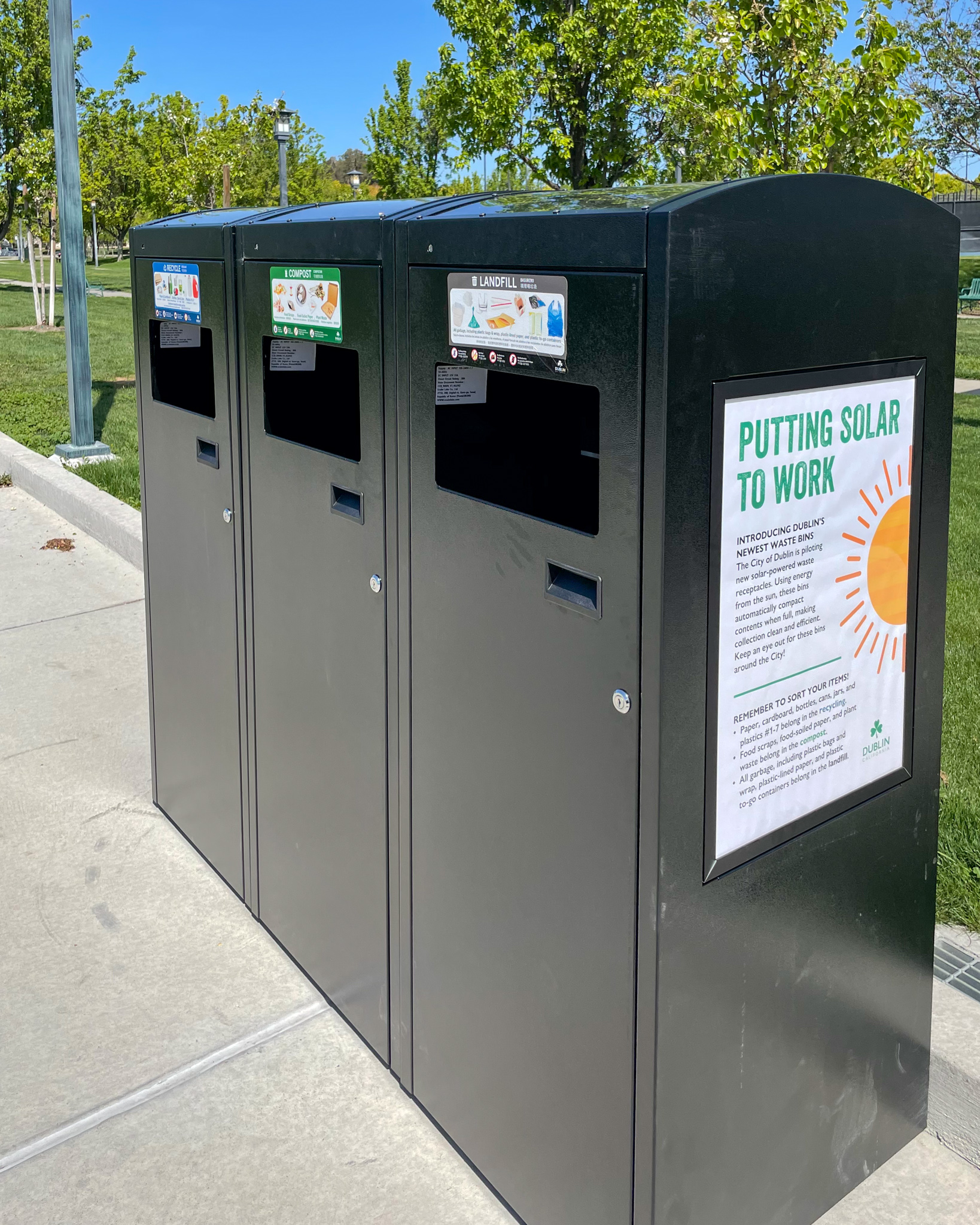 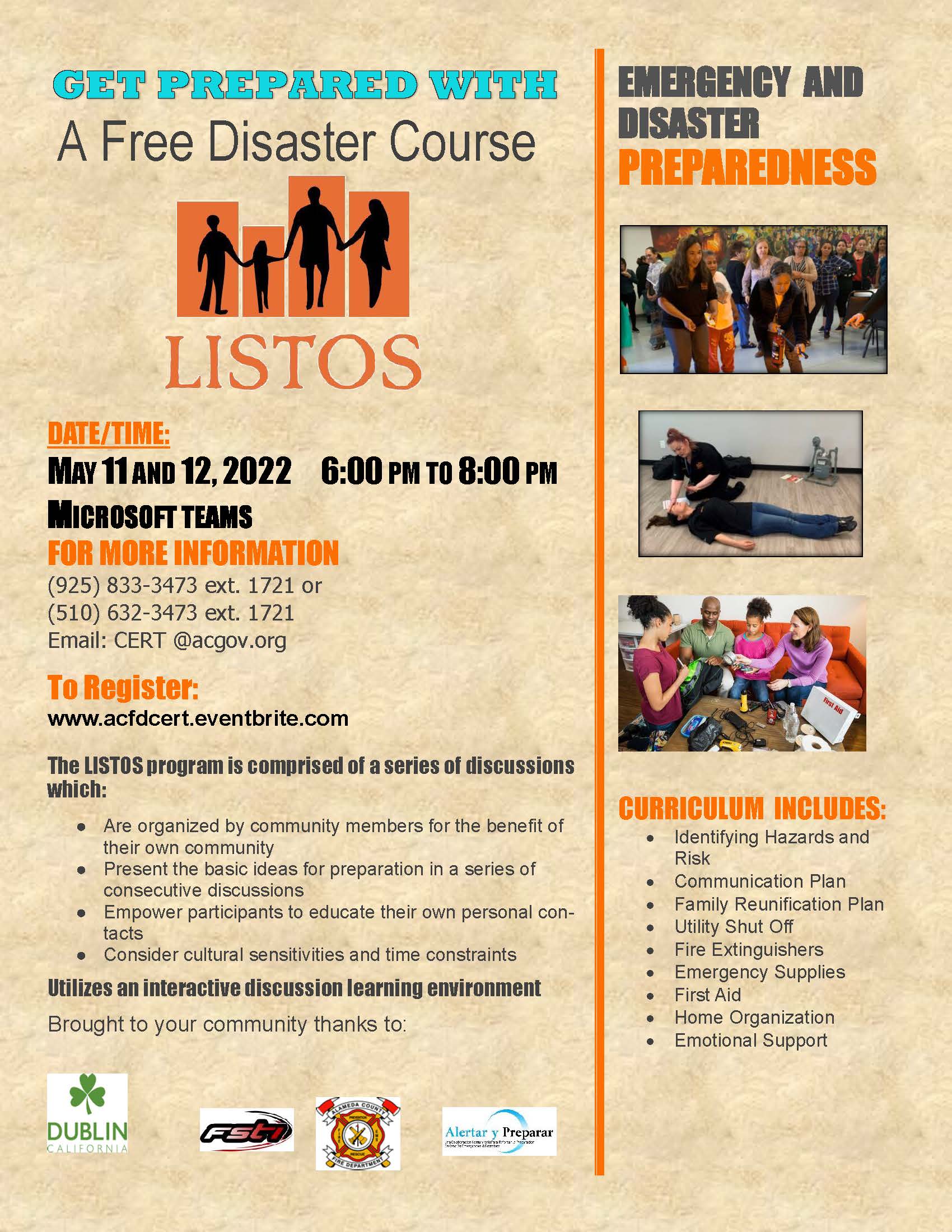 We never know when a disaster will strike. Learn how to protect yourself and your family during an emergency by taking a free, two-day disaster preparedness course offered by Listos. The virtual program will be held May 11 and 12, 6:00 to 8:00 p.m.

* How to shut off utilities

* Use of fire extinguishers

Winners Chosen in the 2022 "Nature in Our Backyard" Photography Contest

The City of Dublin recently held its 4th Annual "Nature in Our Backyard" Photography Contest as part of Dublin Pride Week activities. The City received over 100 beautiful photographs of landscapes and natural wildlife, taken in Dublin in the past year. A panel of judges selected the top ten photographs, which were then posted on the City's website for a community vote. The top four vote-getters were chosen for awards.

Photographer Catherine Treyes was named the Grand Prize winner for her photograph, "Golden Hour," (pictured, right). First Place went to Monique Richardson for her photograph, "We Shine Together." Amit Srivastava won Second Place with the photograph, "Here to Help," and Shawna S. was declared the Third Place winner with her photograph entitled, "Bluebird." All winning photos can be viewed at www.dublin.ca.gov/photocontest. 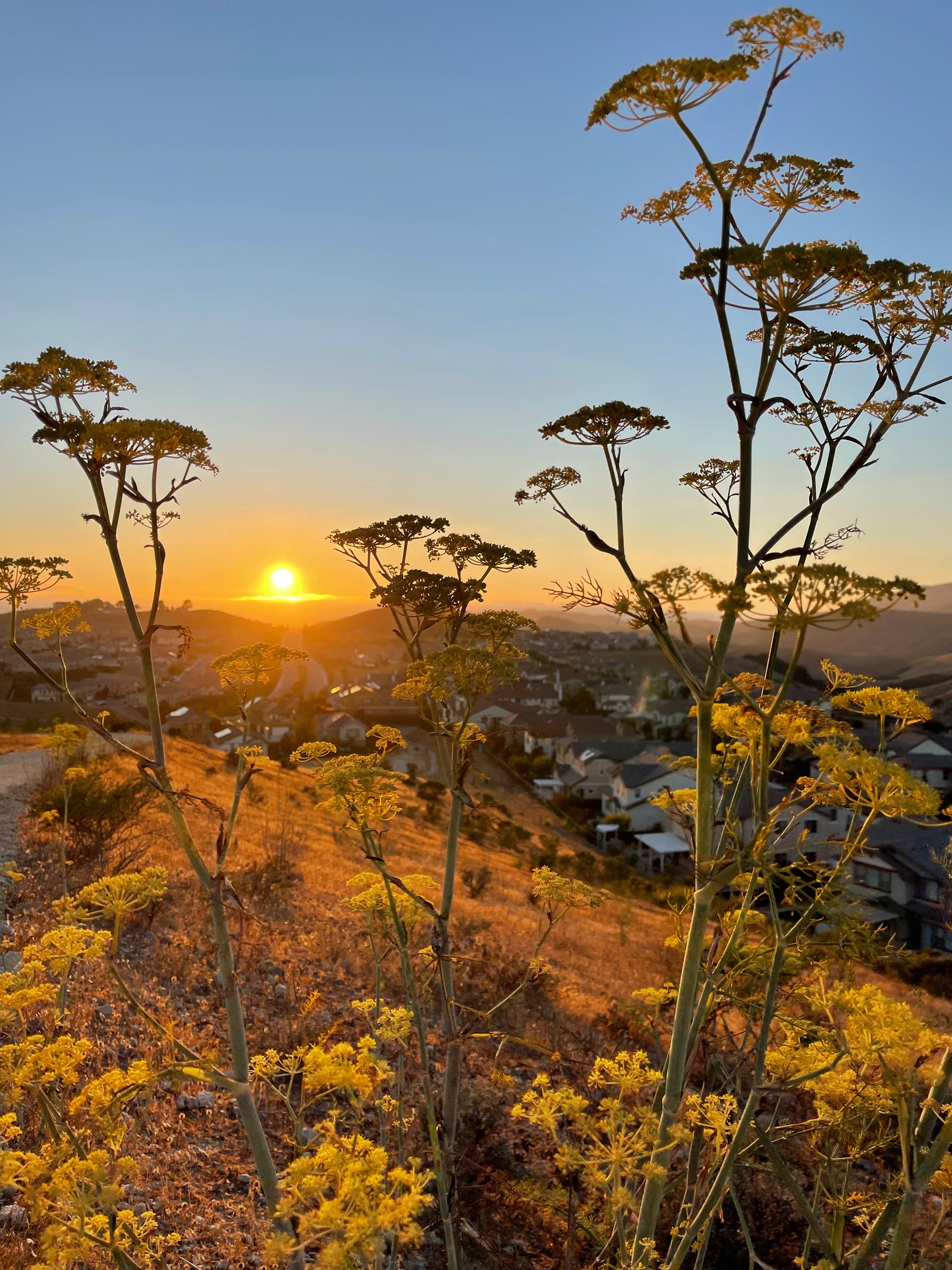 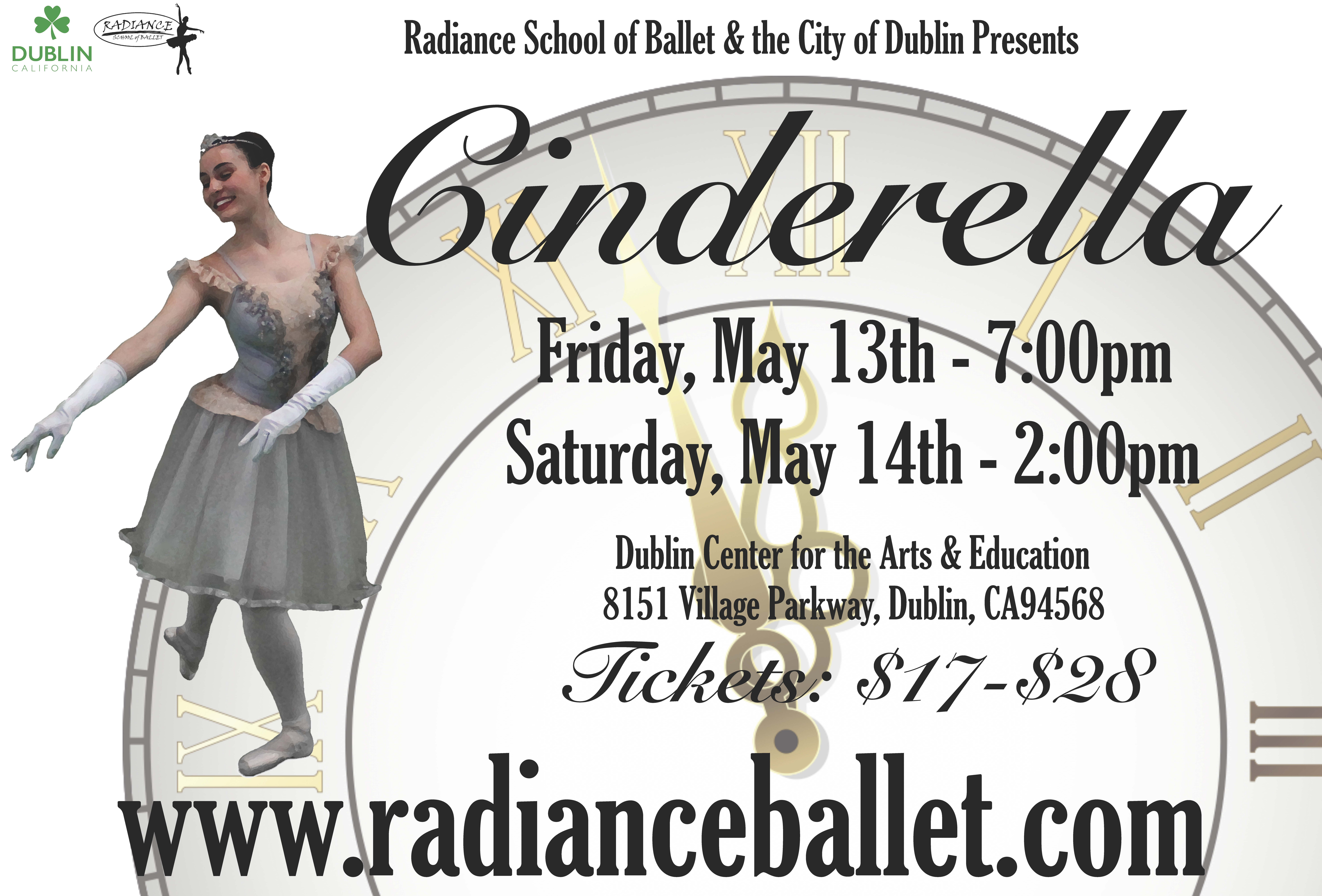 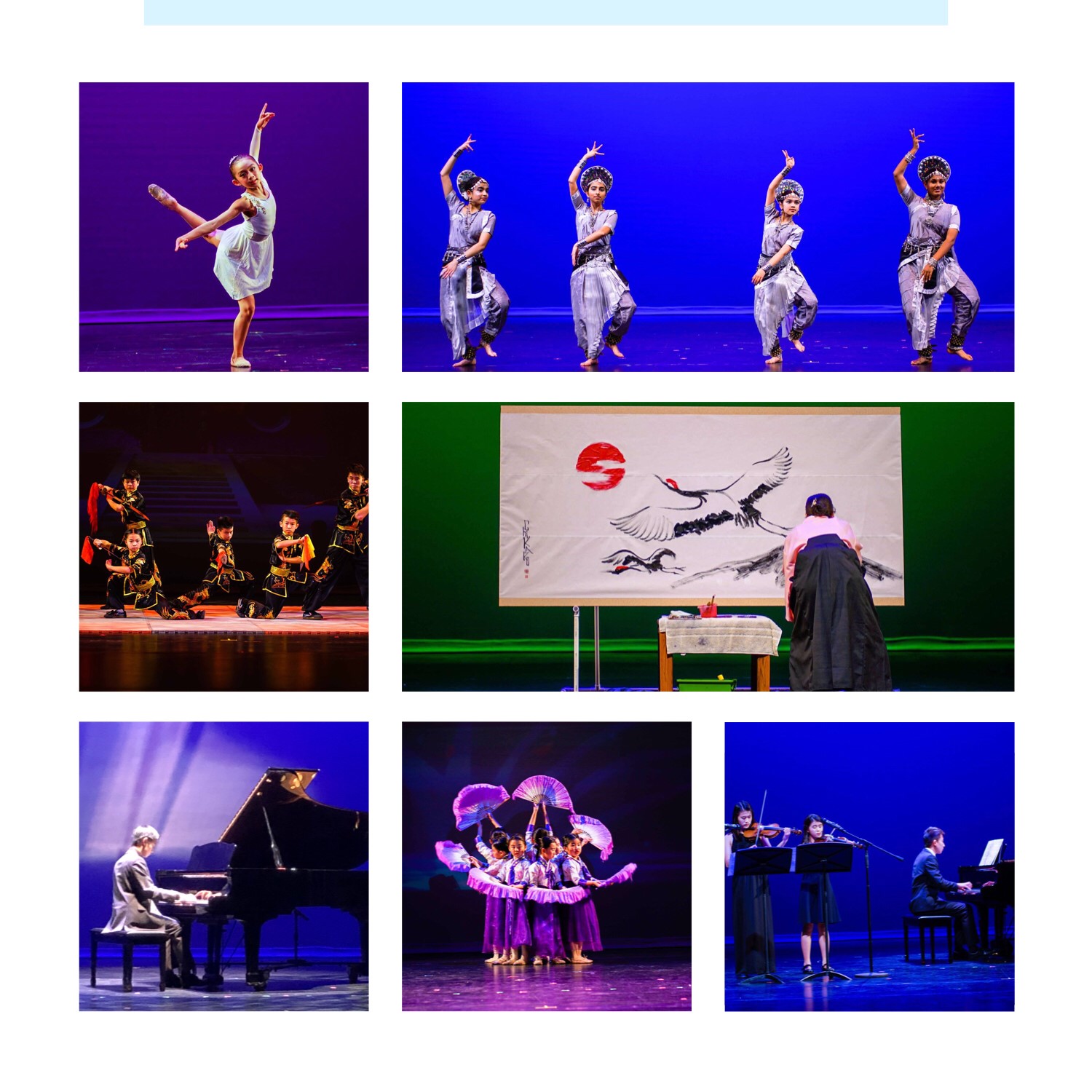 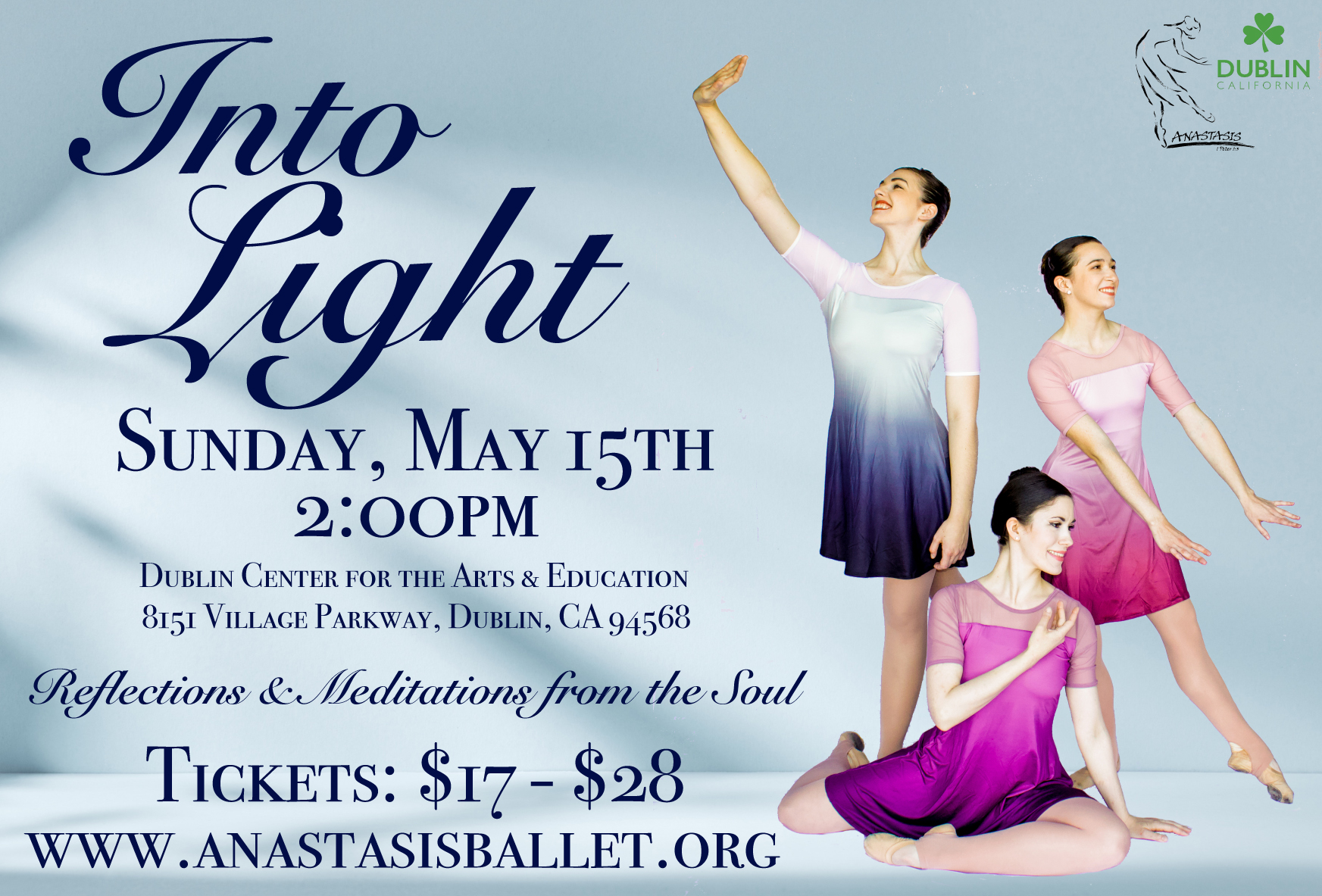 City of Dublin and Radiance School of Ballet Present, "Cinderella," on Friday and Saturday, May 13 - 14

The City of Dublin and Radiance School of Ballet will present two performances of the full-length, classical ballet, "Cinderella," on Friday, May 13, at 7:00 p.m., and Saturday, May 14, at 2:00 p.m., at the Dublin High School Center for Performing Arts and Education (8151 Village Parkway). This beloved fairy tale is brought to life through this live theater production and includes all the characters you know and love. The comical stepsisters are still trying to win the Prince’s heart while the Fairy Godmother and Cinderella’s many critter friends help to give her the night of her life. Ticket prices range from $17 to $28 and may be purchased at https://radianceballet.com/.

Join the Asian Pacific Islander American Public Affairs and the City of Dublin at an Asian Heritage Celebration Showcase on Saturday, May 14

The Dublin City Council recently proclaimed the month of May as Asian American and Pacific Islander Heritage Month. To celebrate, the City of Dublin and the Asian Pacific Islander American Public Affairs (APAPA) invite you to enjoy a celebration of Asian cultures on Saturday, May 14, 7:00 to 8:30 p.m., at the Dublin High School Center for Performing Arts and Education (8151 Village Parkway). Tickets are $10.00 per person and can be purchased at www.dublinrecguide.com using activity code 45593. All proceeds benefit the City of Dublin's Heritage and Cultural Arts programs.

City of Dublin and Anastasis Ballet Present, "Into Light," on Sunday, May 15

City of Dublin and Anastasis Ballet present "Into Light: Reflections and Meditations From the Soul," on Sunday, May 15, at 2:00 p.m., at the Dublin High School Center for Performing Arts and Education (8151 Village Parkway). This production includes new works by artists of the company created through reflections, thoughts, and meditations during the pandemic. In addition to these new works, Anastasis Ballet Company will present, "Let the Heavens Be Glad," with choreography by Denai Lovrien, as well as a set including emerging artists from Radiance School of Ballet. Ticket prices range from $17 to $28 and may be purchased at https://www.anastasisballet.org/.